One of the most important tools in a journalist’s arsenal

Some parts of the Constitution are more hotly contested in the 21st Century than others. Most Americans assume that Freedom of the Press is a given in this day and age and doesn’t need to be defended in court. Third world countries jail journalists, not the United States.

Wrong, according to organizers of the Society of Professional Journalists Legal Defense Fund.

Many journalists every year come under fire from government agencies and need help defending their First Amendment right to publish their stories freely. The SPJ Legal Defense Fund provides financial and legal backing to assist these journalists.

Set up in the 1970s, the Legal Defense Fund was created to help fight for press freedom by assisting journalists access public records, fight a subpoena, or even stay out of jail when they (or their news organizations) don’t have the money to so do.

“News organizations are not suing as much as they used to, because of finances. We also have more freelancers and bloggers out there who don’t have the support of an organization to go to bat for them. That’s why it’s important for SPJ to help all journalists of all walks of life to fight” said Freedom of Information Act Committee Chair, David Cullier.

One of the most important tools in a journalist’s arsenal is the Freedom of Information Act. This law allows for public access to unreleased public documents. The law, known as “FOIA” has not been altered since it’s passage in 1966 by President Lyndon B. Johnson. Often records are released as heavily redacted, or requests are denied completely. Studies show President Obama’s administration has denied more FOIA requests 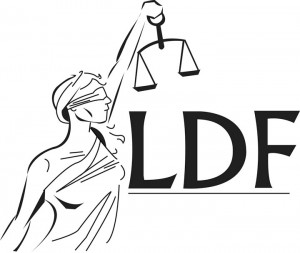 The Legal Defense Fund helps journalists sue the government in pursuit of fair access to public records, as well as works to lobby for FOIA reform to improve the process for this information to reach the public. Another issue is the jailing of journalists for not revealing their sources. Despite shield laws in place in almost every state as well as the federal level, journalists have been threatened with jail time for not revealing sources.

The Legal Defense Fund will be having its annual live auction and reception Sunday evening at Excellence in Journalism 2015.