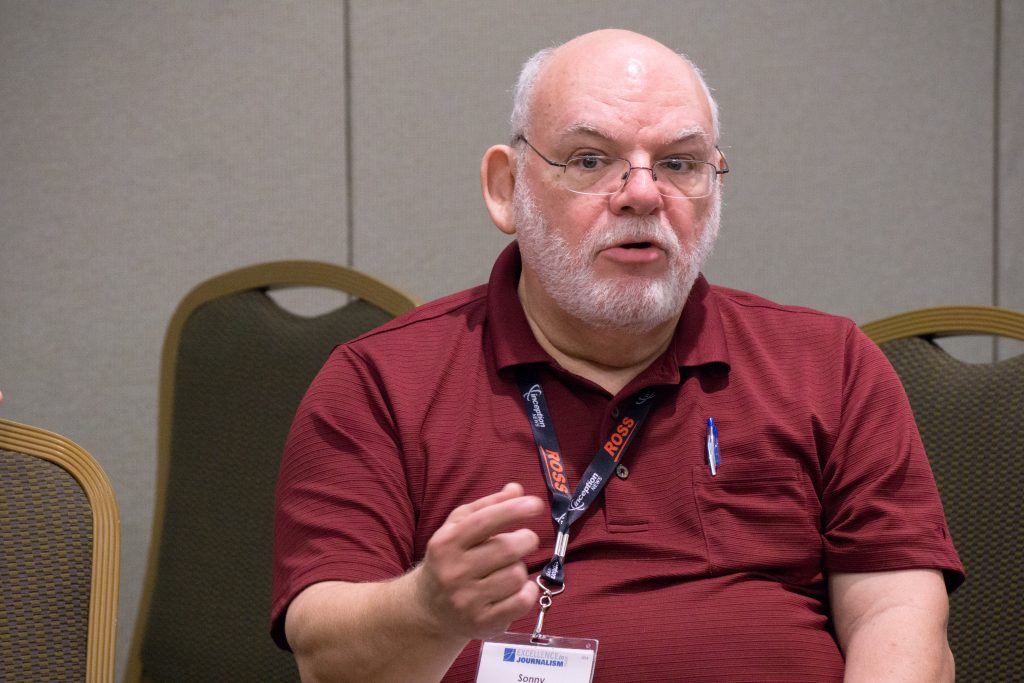 Excellence in Journalism 2015 is comprised of three organizations, but it wasn’t always that way. The Society of Professional Journalists discussed teaming up with others in 2009, and it became a reality two years later.

“For me, it was a real awakening to the power of having multiple groups of journalists come together for a single convention,” Albarado said. “The energy level was just really off the charts.”

NAHJ is leaving next year and the Native American Journalists Association is scheduled for the first time. Chris Vachon, SPJ associate executive director, said the joint effort saves everyone money. Organizations save by splitting costs, which results in lower registration fees for attendees.

The name itself was designed to allow for collaborations without committing to specific groups. “We needed to find something very generic because the vision was to bring more and more groups in,” Vachon said.

Albarado joined SPJ in 1979 and NAHJ in 2012. He focused on networking as an upcoming reporter, but now it’s more about catching up with friends.

“They work and live in other areas, so one of the few times I get to see them is at this convention,” he said. He enjoys “spreading the Gospel of SPJ” and fostering Hispanic representation in the media as a member of NAHJ.

“I’m just happy that we are able to join more than one organization and yet come together at the same conference to be able to meet and greet and get educated,” Albarado said.