Reporters from abroad find value in returning home for training 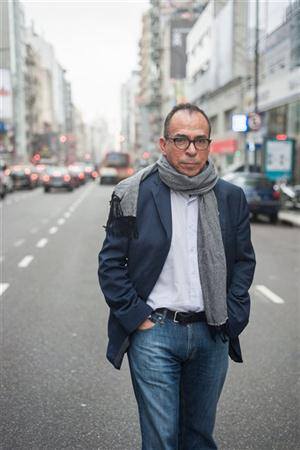 Many attendees of this year’s Excellence in Journalism conference arrived via relatively short trips to Orlando. However for some like Alfredo Corchado, who works in Mexico City for the Dallas Morning News, the commute involved international time zones and lasted much longer.

“In many ways, I think as foreign correspondents, the more we can bring, connect, the world that we cover, to the United States reader, the more these stories will resonate,” Corchado said. “So it’s all about trying to make the foreign story seem less foreign.”

When he attends conferences, Corchado wants to get a broader view to do precisely that. Adding to that, he said the media is influx, with journalists essentially sharing similar roles and responsibilities.

During conferences and panels, Corchado sees not just how his colleagues are surviving in the business, but how they are “thriving.” Corchado has had to deal with some of the setbacks that have the impacted the journalism industry in recent years. At one point his Mexico City bureau had the largest staff of any U.S. publication abroad.

“We’re now down to one, and that’s me,” Corchado said. “So, I have to go out and do TV interviews, I mean with my iPhone 6. I do blogging. So I’m always trying to learn, especially from the younger colleagues, how they’re doing things.”

Ultimately, however, Corchado said the field is about storytelling and content. And the story of Mexico, he said, is becoming increasingly important because of the integration between the United States and it’s neighbor to the south.

Readers, he said, are not just immigrant families. They include a broader range of people, such as businessmen doing trade with Mexico and the person who wants to vacation in Cancun. In the future, if media companies are unable to cover Mexico with bureau-based staff, he thinks people will continue to cover the country from the United States by dispatching teams on short assignments.

“You can’t get away from the story.”