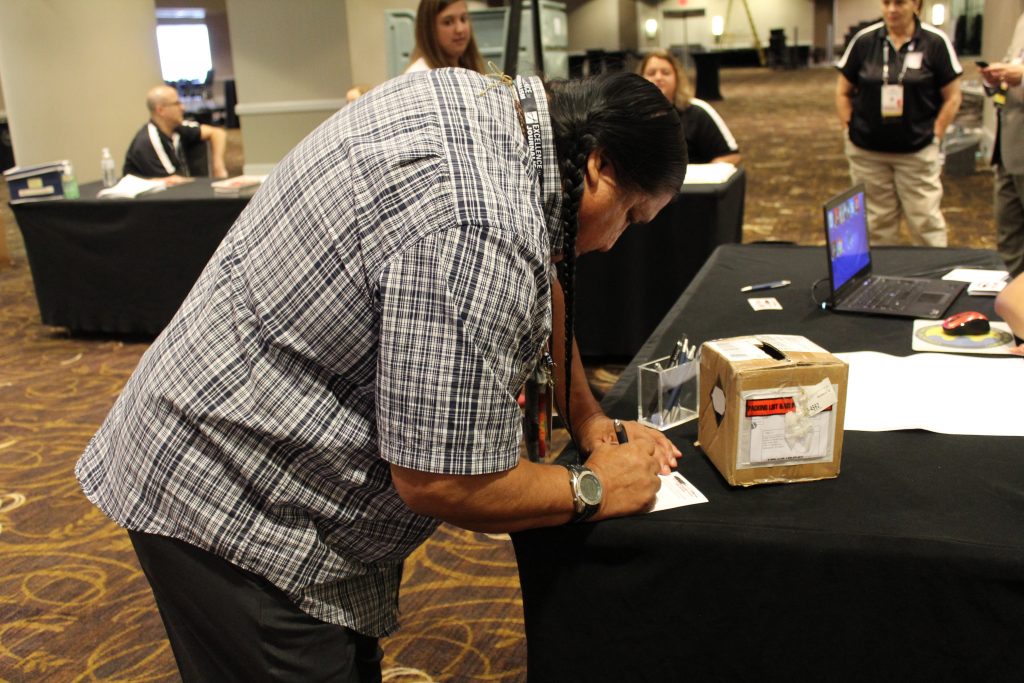 The Native American Journalists Association board meeting took place September 18 to discuss election policies. NAJA’s possible changes included guidelines if there is a voting tie, a vacancy left open by a board member’s resignation or not enough eligible candidates to run for open positions.

As voted on by the board members:

Before the meeting, there was not a policy addressing ties or a board member’s resignation. The board enacted these policies to anticipate any dilemmas that may occur this election.

This year, there are four open positions, but declared candidates are pursuing only three of those positions. Three of the four positions are up for reelection and the fourth is open because of Rob Capriccioso’s resignation earlier this year.

If the policies adopted by the board become bylaws changes, they will need to be approved and voted on by the membership body of NAJA. 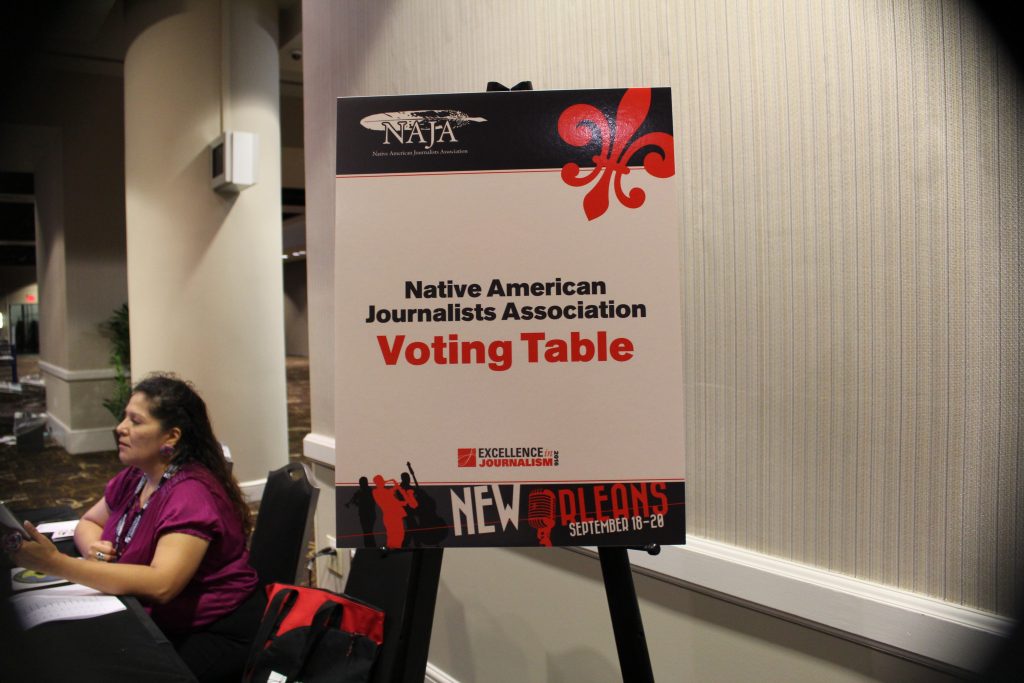 Good standing NAJA members can vote Today, September 20th, from 10 a.m. through 5 p.m. in the Napoleon Ballroom located on the third floor at the Sheraton, near the entrance of the Excellence in Journalism Exposition Center. The first fifty voters get stickers with NAJA’s logo with the phrase “I Rocked the NAJA 2016 Vote”. 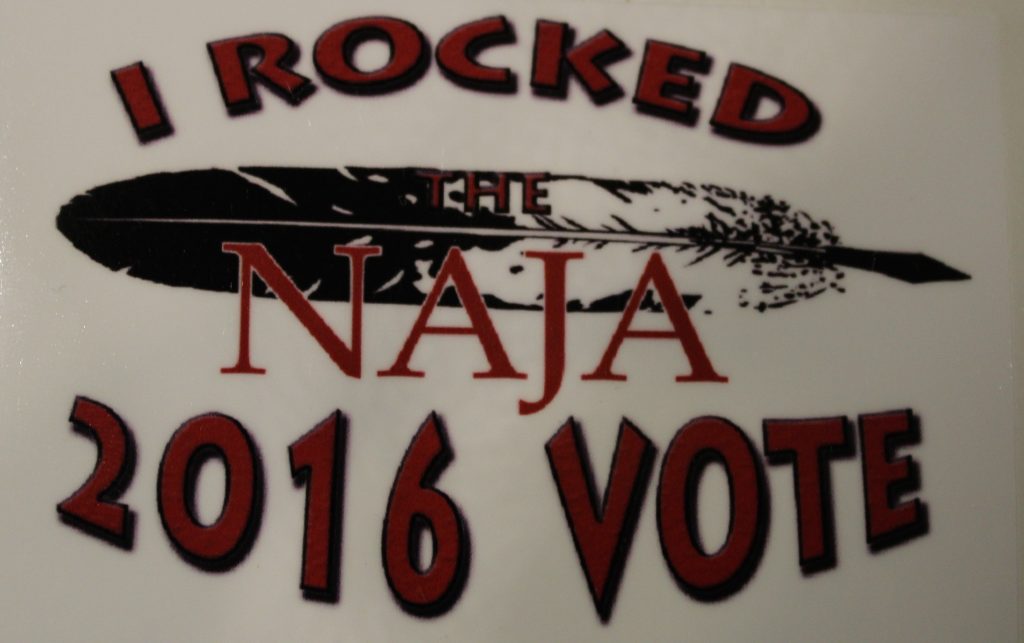 Stickers given out to the first fifty voters.

Jennifer Bell is one of three candidates running for the four vacancies within the NAJA Board. She is currently the Director of Public Information for the Citizen Potawatomi Nation (CPN). Jennifer runs the tribal newspaper for CPN, develops public relations and marketing campaigns and a liaison for CPN. Jennifer has a long history within the journalism realm as well, winning two awards for some of her work, the general excellence award from NAJA and award for the best external publication from the Ragan PR Daily Awards.

Dr. Victoria LaPoe is another candidate this year. Dr. LaPoe is a Sequence Coordinator for Broadcasting and Film within the Western Kentucky University (WKU) School of Journalism & Broadcasting. Dr. LaPoe has published work in numerous academic journals as well as authoring and coauthoring a books. Her work has been featured in Communication Research, Visual Communication Quarterly, and Electronic News.

The third candidate running is Ramona Marozas. Ramona is the producer for the CBS 3 News at Six newsroom in Duluth, Minnesota. She has over five years’ experience going to conferences, as a student, mentor, keynote speaker and emcee. Ramona also has a strong television background as a producer and strives to find more funding avenues for NAJA.

Winners will be announced at the National Native Media Awards Banquet taking place this evening. The winners will have their first board meeting Wednesday, September 21st.

Previous story
A**holes in the News Room: Did You Study for the Test?
Next story
Check out EIJNews on Facebook
The SPJ News