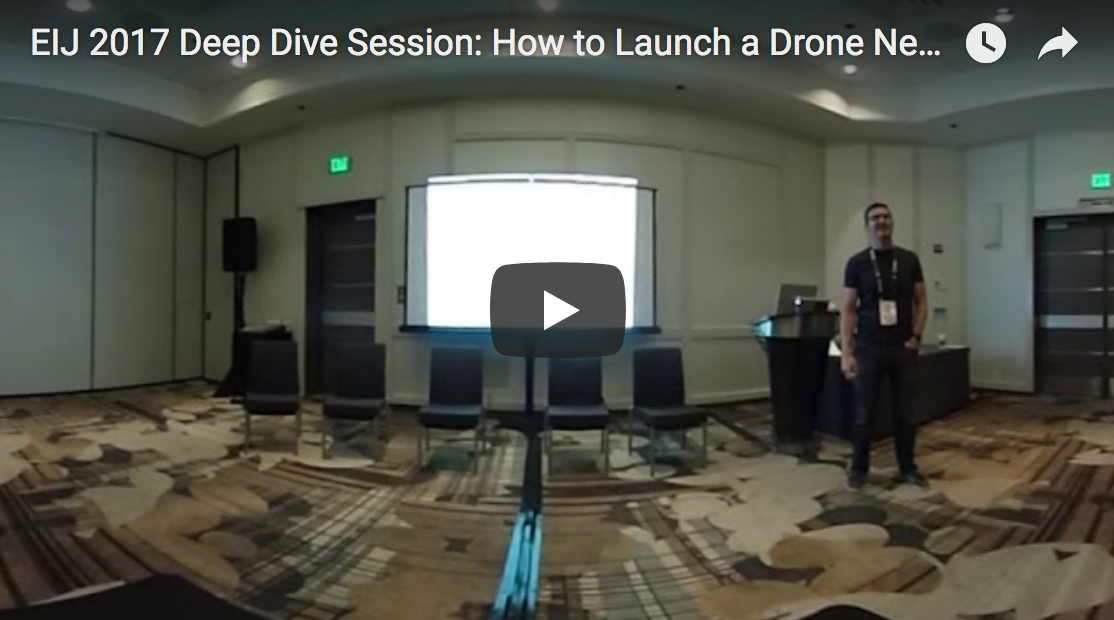 How to Launch a Drone News Program

Michael Chambliss of the International Cinematographers Guild referred to the “democratization of airspace” as a complex process involving the FAA which has yet to definitively determine who is an official drone operator versus an amateur.

“Our patrol officers probably don’t have a whole lot of experience with this,” said Josh Rubenstein, Public Communications Officer for the Los Angeles Police Department, responding to a question about why to communicate with local law enforcement when filming drone footage for news. He says inform police before you start flying because they’re the ones who receive calls from the public.

“It’s up to [the LA Police Department] to make sure that the information gets out to our people about first amendment rights and how the laws work,” Rubenstein said.

Rubenstein also spoke to privacy issues and how communication between drone operators and news organizations could improve to avoid injury when covering stories or helping assist first responders in disasters.

“The FAA really hasn’t done anything about privacy concerning drone laws,” said Matt Waite, founder of Drone Lab Journalism. However, he says there are other ways news organizations are finding the freedom to cover events from above such as making drones smaller or tying them to news vans.

“But that’s what these devices for journalism were built for. They put perspective and context on any story,” Waite said.