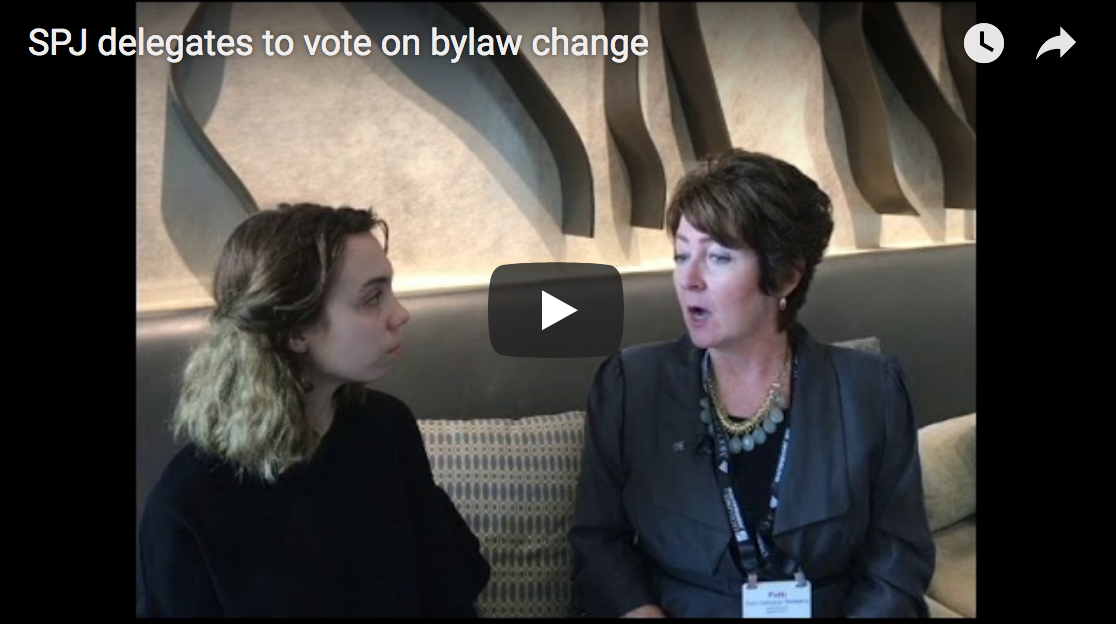 Significant changes may be on the horizon for the Society of Professional Journalists by the conclusion of the Excellence in Journalism Conference.

SPJ established a Governance Task Force to analyze the organizational structure of the society’s board of directors and to suggest improvements. The result of their findings is a proposed bylaw change that delegates will vote for or against at this Saturday’s business meeting.

Patti Newberry, who serves as the Governance Task Force chair, said the bylaw change focuses on restructuring the organization, downsizing positions and streamlining communication over a period of three-to-five years.

“The proposal calls for reducing the board from 23 to nine, and as part of that, the regional directors would be removed from the board,” she said.

This means regional directors, now called regional coordinators, would lose the ability to cast votes at the board of directors level.

“The philosophy is the world is a very small place with constant contact through electronic means and that the geographic representational model really is no longer very relevant,” Newberry said. “Where you come from really does not matter as much as it once did.”

Newberry said trimming the board size will be more efficient and productive for the organization.

“I would say the bigger issue here is not to kick off the regional directors. It’s nothing punitive at all,” she said. “The wider goal here is to have a smaller and more strategically focused board. With 23 members, it becomes very difficult to stay on track, to move forward in unison.”

The bylaw proposal also includes an additional two at-large seats that could be filled with regional coordinator positions.

In addition to this bylaw change, the Press Club of Long Island is pushing an amendment to the proposal citing lack of representation at the national level.

Bill Bleyer, treasurer and former president of the PCLI, said his chapter does support the bylaw proposal but they want to tweak the document.

The Governance Task Force that proposed the initial bylaw change does not support PCLI’s amendment.

“We feel like if the new board follows our recommendation to create these lines of communication, that will take care of itself, that there will be a voice for regions and importantly the chapter,” Newberry said.

Members will cast their votes at the SPJ business meeting, 2:30 p.m. Sept. 9 in the Platinum 5 Ballroom.