White House correspondents had a candid conversation of what it means to cover the White House in the Trump age.

“I think we are living in challenging times,” said CNN Senior Correspondent Jim Acosta,”Forgive me if this sounds a little too much, but at times there are attempts to twist what is being said. Our sense of reality is being warped.” 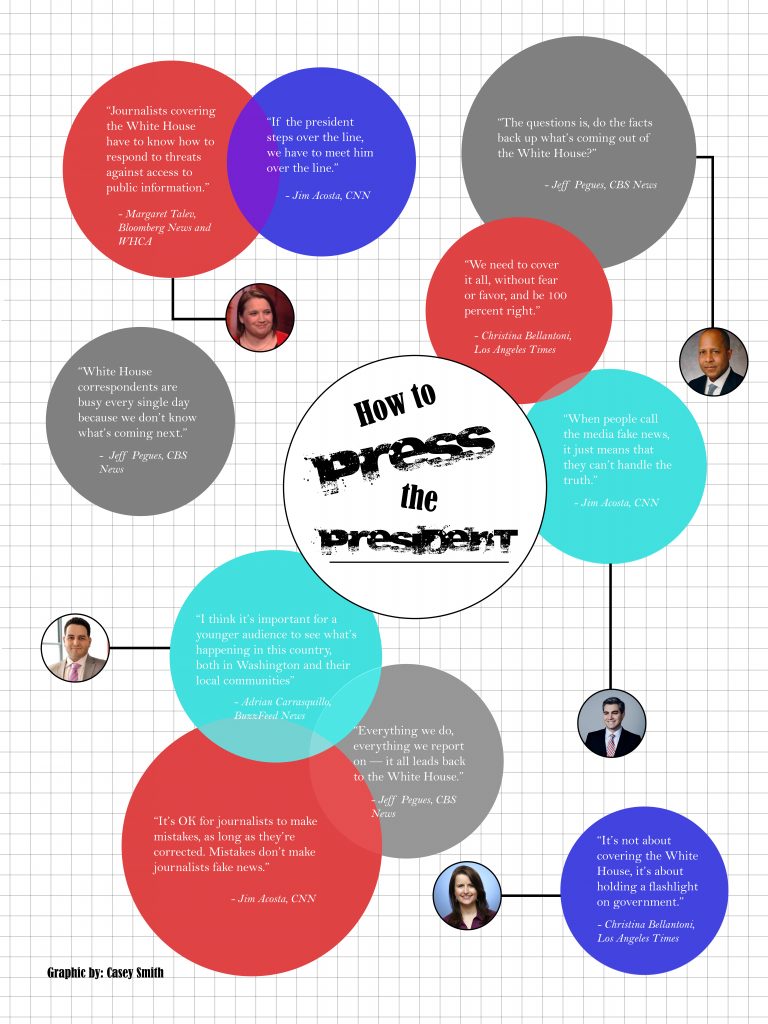 “Trump is a better story for journalism,” said Bellantoni about the election results. She says Trump boosted journalism into the forefront of the American public and said subscriptions to newspapers are up. She also said Trump in the White House gives journalists an opportunity to talk about politics differently than the old and comfortable ways.

Meanwhile, CBS News’ Pegues says that Russian intervention into America’s electoral process is a serious concern and that it must remain in the news until Special counsel Robert Mueller finalizes his investigation.

“We run into too many people these days who dismiss this story,” Pegues said.

The panel also focused on the repercussions of being called “fake news” by the president. Acosta said if you want to be liked, to choose another profession.

“So what I say to all the journalists who are in this room is to stiffen your spine; keep doing your jobs,” Acosta said.

Acosta noted the attacks on the media are indeed taking a toll on trustworthiness. He says this divisive culture can hurt people when dealing with major issues such as the recent hurricane readiness and recovery.

“Fake news can get pretty real when reality sets in,” Acosta said.

Pope asked the panel how they dealt with burnout in the workplace. Bellantoni responded she would have felt energized after returning to work from maternity leave having missed the first 100 days of reporting on the White House. She said that in 10 days’ time she was already exhausted.

“It’s something we have to think, do we want to take the abuse and endure?” Bellantoni said.

Carrasquillo of BuzzFeed shared the story of the harassment he endured from the public while covering the President.

“I went to look at my phone to check if what he was saying was true and these guys who were standing next to me started yelling at me ‘Oh look what he’s doing, he’s fact-checking him,’ as if fact-checking was something bad,” Carrasquillo said.