Journalists with all levels of experience from student to pro packed a meeting room to hear tips on how to survive as a multimedia journalist.

Shooting, editing and reporting require skills that every multimedia journalist has, but KGTV’s Joe Little showed journalists how to be more creative.

Little said news reporting allows for more innovative shooting–something he did not think of until one of his professors at Syracuse University offered him some advice.

Little’s said his background at George Mason University and Syracuse University prepared him to work in local news. He knew he wanted to work in a small market.

“In smaller markets, you’re forced to do a lot of work,” Little said. “Sometimes you’re doing two packages on two completely different subjects. You have to go learn your craft somewhere.”

Little said new reporters learn their craft in the smaller markets where they can take more chances and learn from their mistakes. When they move to a larger market, there’s more pressure.

“By the time you get up there, you have the skills in your toolbox. You have the tools to rely on, to count on and know that you can do the job,” Little said

Certain small news stations, such as WDVM, look for entry level journalists. Mark Kraham at WDVM in Hagerstown, Md. took a chance on Little in 2000. Kraham said Little was “greener than grass” when he first started but Kraham knew he would be destined for greatness.

“I can’t take the credit for his creativity. His inner talent was there. I saw it,” Kraham said.

After leaving Maryland, Little went to Pennsylvania and then San Diego, where’s he’s worked at KGTV since 2007.

In San Diego, Little won his first of many Emmy Awards. He also travels the country to teach journalists the art of storytelling. Journalists at EIJ were eager to hear Little’s secret to his news packages, but he simply said, “time management.”

Little works the day shift at his station and says before he even starts interviewing he knows how he wants his story to go.

“Formulate the plan early. The plan may change, but at least you have a path to follow,” Little said.

From there he says he uses the “pregnant I” technique. It starts with a “character and ends with a character.” This allows you to humanize your story. Little says this technique is what is going to engage the audience. 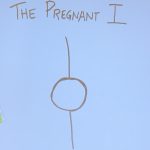 “Introduce a character, a real human, someone that I can relate to,” Little said.

Little prefers not to use “man on the street” interviews and public information officers in his stories. Little says those interviews are not going to draw emotion from the audience and shouldn’t be included.

Being a multimedia journalist allows complete control over your story, which Little enjoys.

Little says he does not see himself leaving San Diego.

Previous story
Learn to unlock and unleash your broadcast voice
Next story
Q&A: Data Journalism For Newbies
The SPJ News