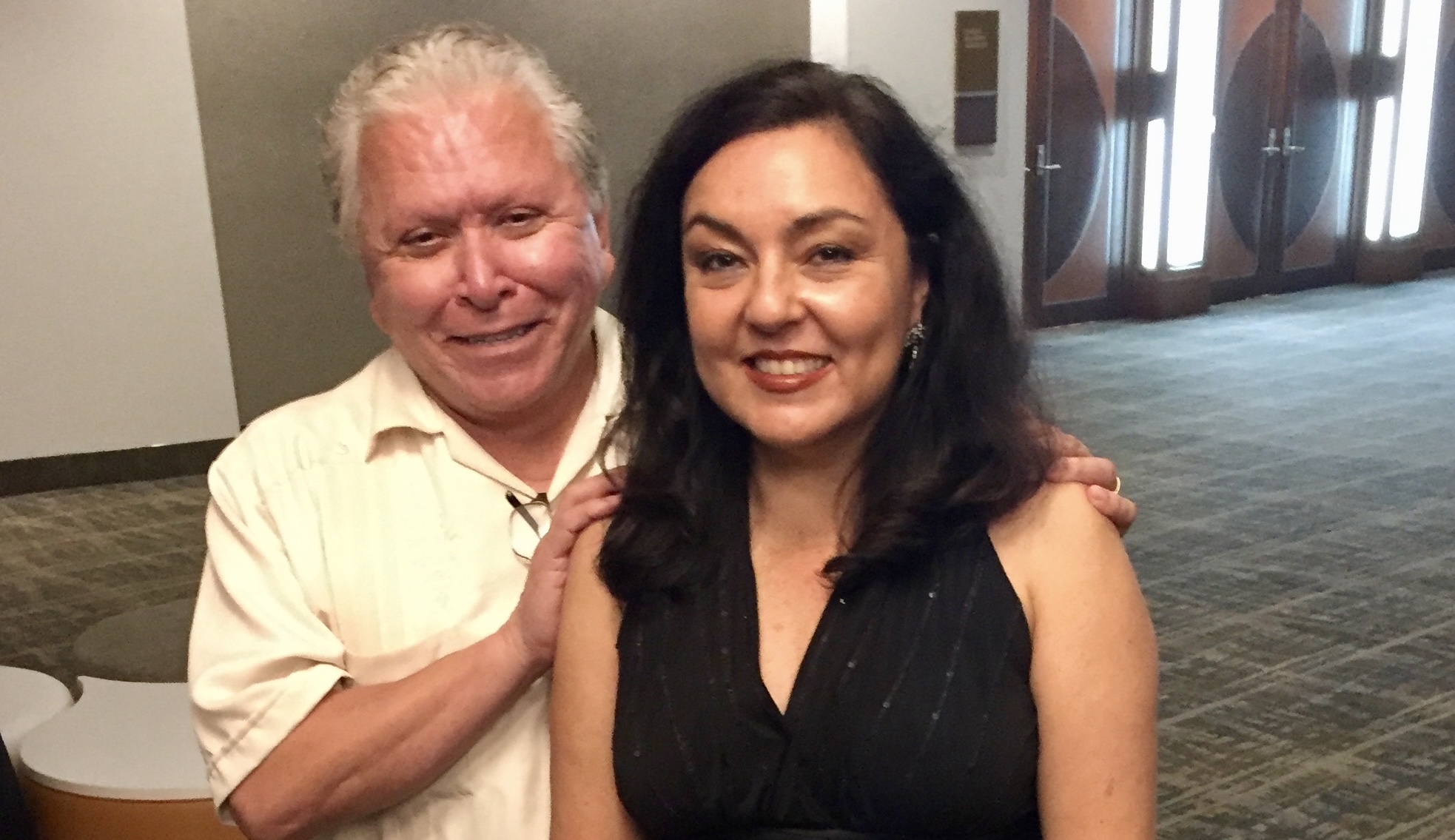 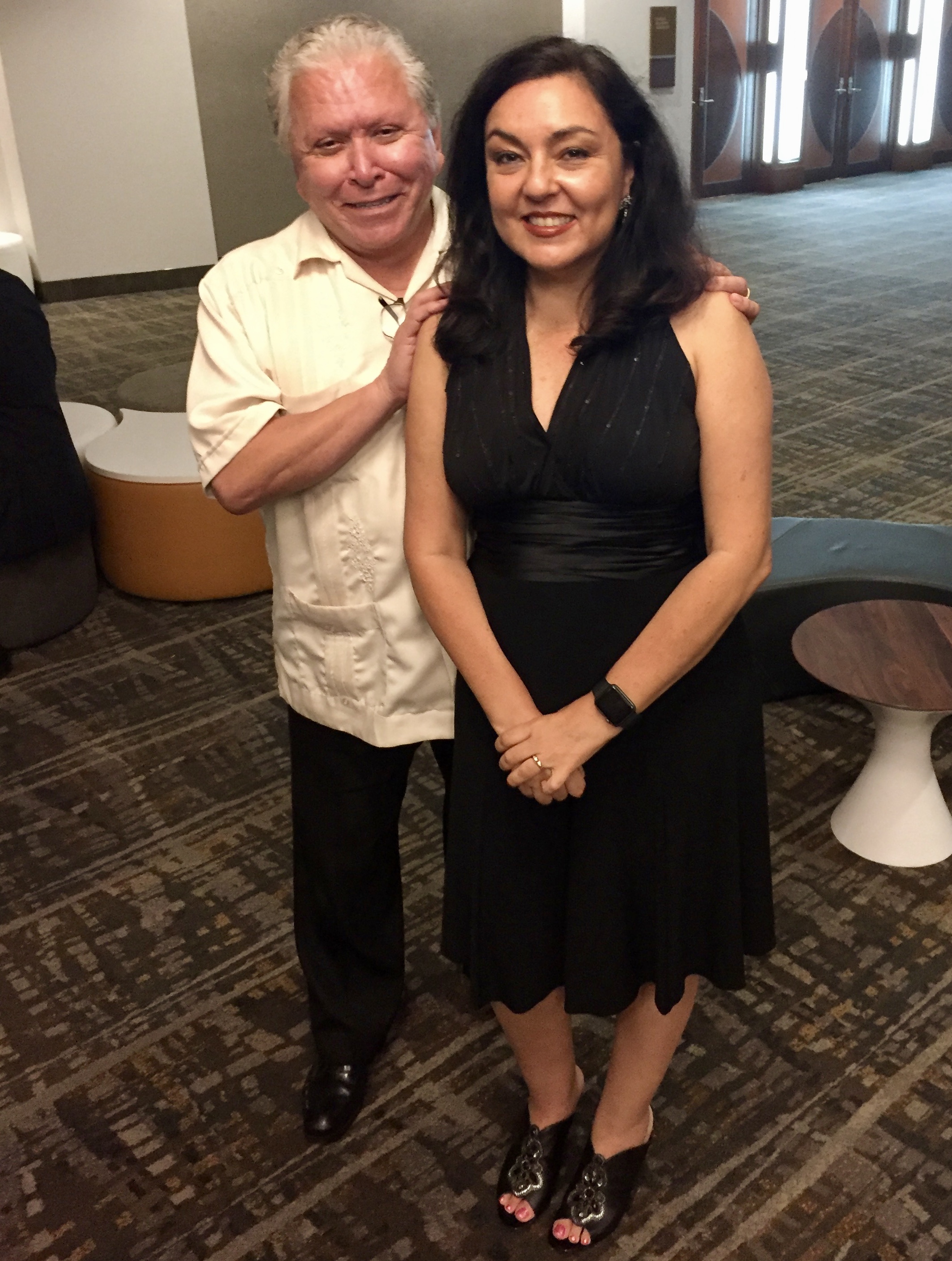 EIJ News Co-Adviser Sandra Gonzalez with Rigo Chacon. Delighted to chat with him about journalism at EIJ17

It’s been several years since Chacon, the Emmy-award winning retired journalist attended a conference with the National Association of Hispanic Journalists, which was part of EIJ 2017 this year. In 2007, Chacon was inducted into the NAHJ Hall of Fame and recognized for his reporting career in San Francisco and his commitment to improving the Latino community. But now that he was in Anaheim, he had a surprise to share on the night traditionally known as the “Tejano Party”.

Usually the gathering of journalists from the conference will get together in a suite, hosted by a Texas delegation of NAHJ members. It’s been happening for decades. However, long ago, there was a toast, a brindis in Spanish, that was given in the wee hours of the morning, according to longtime NAHJ member and Corpus Christi Meteorologist Maclovio Perez.

The toast among friends, El Brindis del Bohemio, Perez says, was given by Chacon.

And now Chacon showed journalists in 2017, most who have never experienced this brindis at the conference, a glimpse into the Tejano party’s early traditions.

Previous story
CUNY Graduate School of Journalism’s Founding Dean Stephen B. Shepard Brings Sobering View to SPJ President’s Installation Banquet
Next story
Are you an introvert? Here’s how to make the most of EIJ.
The SPJ News