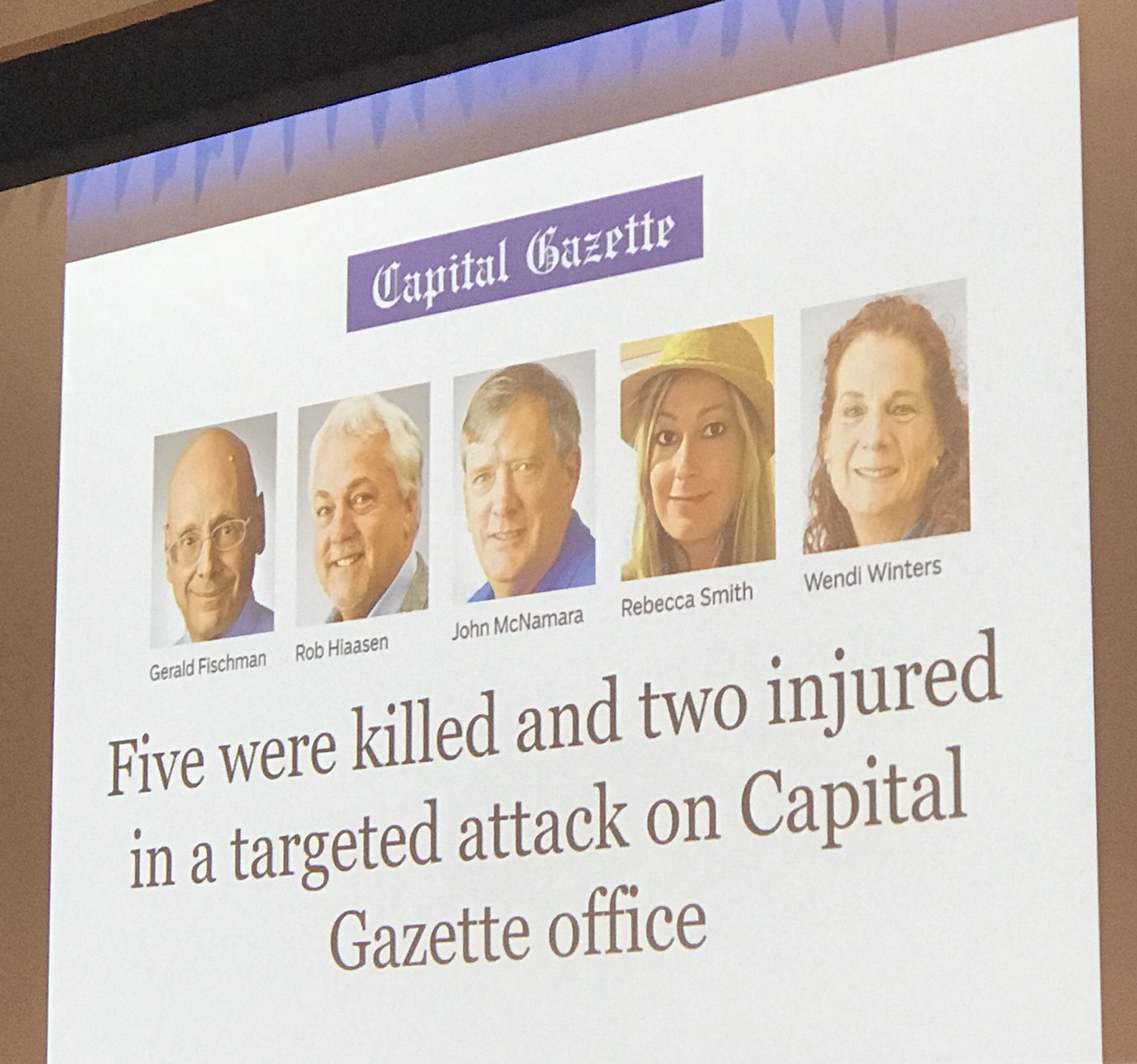 In a post-Capital Gazette world, one company wants to provide newsrooms with ‘The Power of Preparedness’

Mass shootings in America seem to be a new norm. In 2017, there were over 300 shootings, and in 2018 the numbers continue to increase.

This surge in violence does not discriminate. Violent mass shootings can happen on government property, in classrooms, in corporate offices, and, most recently, even in a newsroom.

William Flynn recognized there was an immediate need to provide corporate, educational, and health facilities with tools to survive in case of a workplace emergency. And since the June 28 shooting at the Capital Gazette newsroom in Annapolis, Maryland, Flynn and his partners have brought strategic tactics titled ‘The Power of Preparedness’ (TPOP) to a handful of newsrooms as well.

According to Flynn, a former Deputy Assistant Secretary for the Department of Homeland Security, there has been a rapid response and increase of safety protocol in law enforcement and the government sector since 9/11. But in the private sector and corporate world, Flynn says he didn’t see this same urgency to prepare.

“People need to know what to do,” said Flynn, “You want it to be almost instinctual.” 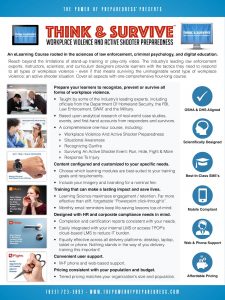 Based on DHS and FBI active shooter methodologies and rooted in first-hand accounts and case studies, TPOP’s “Think And Survive: Workplace Violence and Active Shooter Preparedness” is a one hour, interactive course easily accessible on computers, smart phones, and tablets.

But even more useful is the fact that the course curriculum is customizable across industries. With the current climate of rhetorical and actual violence against journalists, Sandra Gonzalez says the decision to implement safety tactics in the newsroom, whether it be with TPOP or another program, should start at the top of the news organization.

Gonzalez is a social media producer at KPRC-TV a Houston, Texas based station where former FBI agent and TPOP presenter Barbara Martinez recently guided the entire newsroom staff through the active shooter training.

“She made me feel empowered,” said Gonzalez, “Instead of victims of gunfire, we could do something to save not only our own lives, but the lives of others.”

The strategies laid out in TPOP’s training are simple and straightforward. As Flynn pointed out, shooting incidents are usually over in a matter of minutes, yet lives are lost in only a few seconds. While first responders and law enforcement may arrive to help in a few minutes, it is often too late.

“What people do and how they react in those minutes can make all the difference,” said Flynn.

A pathway to violence

According to Flynn, violent and hostile attacks don’t randomly happen. Usually, suspects have shown warning signs of potential violence. In the case of the Capital Gazette shooting, the suspect Jarrod Ramos had a history of grudges against the paper.

Alert a supervisor, HR, or security

Though it’s difficult to imagine this ever occurring in our newsrooms and places of work, the reality is that this is now the world we live in. As journalists, we should not let fear keep us from doing our work, but as an industry, it is our duty to make sure we are equipped with the necessary tools and security in case of an emergency.

To learn more about TPOP and their “Think And Survive: Workplace Violence and Active Shooter Preparedness” visit their site at www.thepowerofpreparedness.com or call 833-723-3893.

Previous story
No Power, No Station, but the News Goes On
Next story
Humans of EIJ
The SPJ News