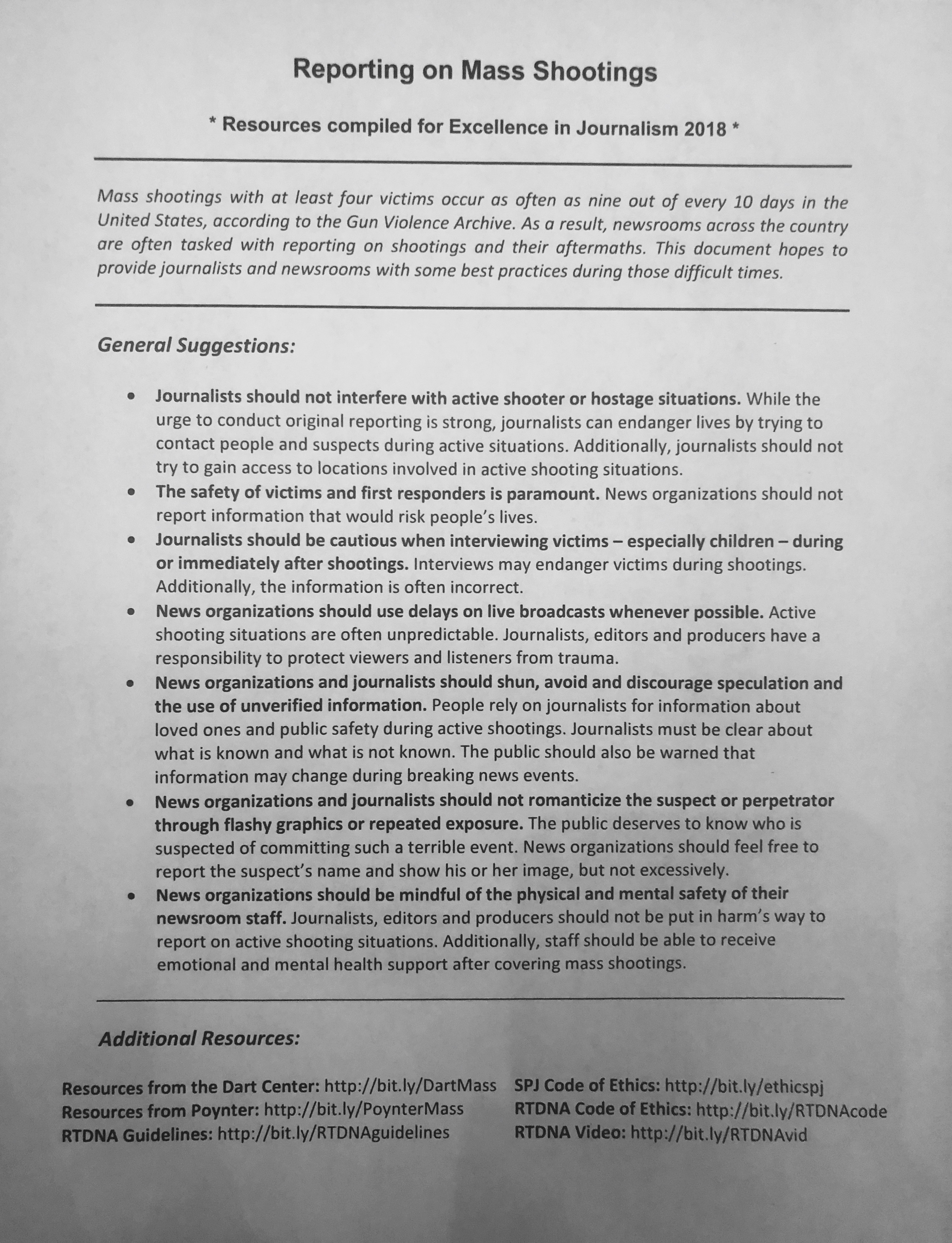 Headline after headline, the news coverage of mass shootings – and a larger gun violence problem – challenge the media on their journalistic approach on reporting a problem that has already claimed the lives of more than 10,000 individuals this year.

Responsible coverage of these mass shootings is not only important to the readers and the victims, but to the shooter as well.

“A number of studies have shown that some of these assailants have done their crime to become notorious,” said Tim Scheld, WCBS Radio director of news and programming. “There is a real fear that the whole reason behind some of these shootings is so somebody can take over the media for a significant period of time.”

The trick is finding the balance of informing the public, without over-covering the attacker. Journalists have a responsibility to inform audiences but research indicates news coverage of the assailant subsequently can increase the incidence of similar events.

“How often do you need to name the shooter? How deeply do you need to go into their lives?” questions Kristin Hussey, a Connecticut freelance reporter. 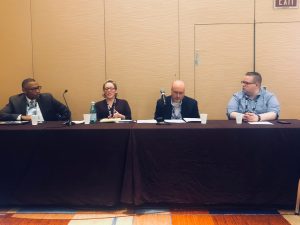 Hussey covered the Sandy Hook Elementary School shooting in 2012, where she learned from the community about No Notoriety: a concept to try and push members of the media to limit the use of the shooter in the coverage. “No Name. No Photo. No Notoriety.”

“Practically, as journalists, that’s not possible,” said Andrew Seaman, LinkedIn news editor. “We are not saying, ‘never name the shooter.’ Just be conscious of how often you do it.”

Given that the public’s need for information can play straight into the shooter’s tendency to want media recognition, Terence Shepherd, WLRN Miami news director, says that, while you can’t avoid giving the shooter’s name, you should do so sparingly.

In the same way journalists need to consciously inform their audiences about the whole story, it’s also important to do so correctly. Journalism is a 24/7 business and it can be dangerous to release information before it is verified.

“In Sandy Hook, the shooter had his brother’s ID on him,” says Scheld. “So for the first how many hours we were identifying the wrong person as the killer.”

Amid the rush for immediate coverage, it can sometimes lead to the release of incorrect information. During his time as editor at Reuters, Seaman explained how his team stopped sending out death counts during the Las Vegas shooting until they had a finalized, confirmed count.

“It was inconceivable the numbers we were hearing,” he said. “The numbers were jumping and then coming back down.”

In this same rush to get to the story, journalists can make mistakes.

“When I went out to the school, they had not yet captured the shooter. Dumb move,” says Shepherd, who covered the Marjory Stoneman Douglas Parkland shooting. “You want to make sure that the situation is under control.”