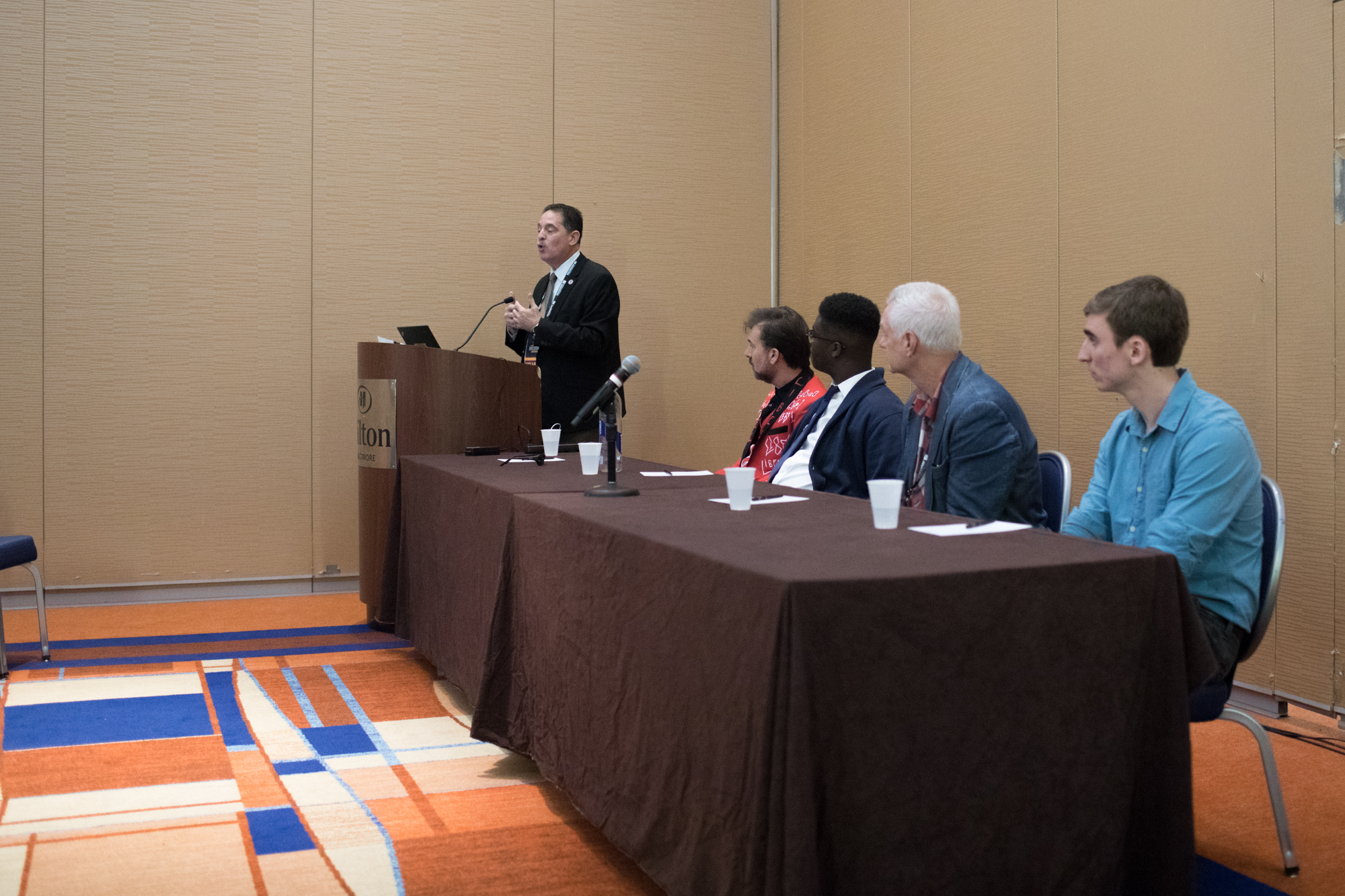 In the past decade, traditional newspapers have been faced with extreme adversity as the rise of digital news has negatively impacted advertising and circulation.

At a session on Saturday morning, a panel of student journalists, student advisors and professionals explored whether student media will face the same fate.

Panelist Fadel Allasson a student journalist at The Commonwealth Times said, “It’s such an ironic dichotomy that at the student level print sustains student newspaper, but at the professional level print isn’t as feasible as it once was.”

Other voices at the session made it clear – student newspapers must adapt to survive.

“[Students] still think like this is 20 years ago. Old people: we’re to blame.” said panelist Michael Koretzky, editor of Debt.com and SPJ’s longest-serving national board member.

Already, independent student papers are being forced to take alternative methods to break even. Though Koretzky shared less hopeful commentary about the future of student media, he said that the solution is in the change.

“The fear is that [print] as a medium is declining, so it’s going to be challenge figuring out how to make money in the future,” Koretzky said. “But it also opens it up for being creative and finding new ways to tell stories.”

Many student newspapers are pursuing new methods as they drop from daily to bi-weekly to weekly and even monthly. 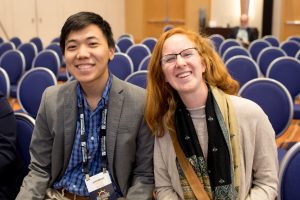 Taylor Bradford and Jonathan Chandra from The Tartan of Gordon College said their newspaper has dropped from bi-weekly to monthly over three years.

The change came as editors gaged how to best reach their community.

“If it helps increase our readership, I’m okay with it,” Chandra said.

Anne Belden, the faculty adviser to The Oak Leaf News at Santa Rosa Junior College, said their 90-year-old student newspaper was forced to go online-only with one print edition a semester. She said their efforts now are like “throwing spaghetti at the wall to see what sticks.”

In a question to the panel she brought up their most recent endeavor – monetize their social media and mobile app.

Though many in the room seemed skeptical about the method, they commended the ingenuity. The panel stressed that ingenuity is necessary for the life of student media.

“It’s a question of ‘when is print going to go away’ not ‘if,’” said panelist Ryan Romano, editor-in-chief of The Diamondback of University of Maryland. “When the print edition goes away, how can we make sure that we’re making enough money?”

Koretzky advised student newspapers to report on riskier subjects, “If you want your papers to have success, you need to take journalistic risks. Any paper that gets censored by it’s administration should be very happy.”

As stories were shared, the session audience slowly grew to understand the gravity of this issue. Hundreds of student newspapers around the nation are failing, desperately reaching for new opportunities to pull themselves out of holes of underfunding and debt.

The Independent Florida Alligator, once the largest student newspaper in the nation, experiences an annual loss of two-thirds from 2002 to 2016, according to Koretzky.

This is just one of many examples.

Michael Koretzky, editor of Debt.com, steps out from behind the table at the session.

Yet, communities are coming together to support their student media.

For student newspapers who rely on funding from their institution, diminishing budgets threaten their lifespan.

Students at Washington State University in Pullman, Washington voted to pay $5 a semester each to support their newspaper The Daily Evergreen from losing a day of publishing.

Similar student support was seen at The Amherst Student at Amherst College in Massachusetts, The Western Herald at Western Herald University in Michigan and more.

Allassan emphasized the importance of creating quality content and prioritizing the community. Journalists should be aware of the needs and expectations of the greater community they’re representing, Allassan said.