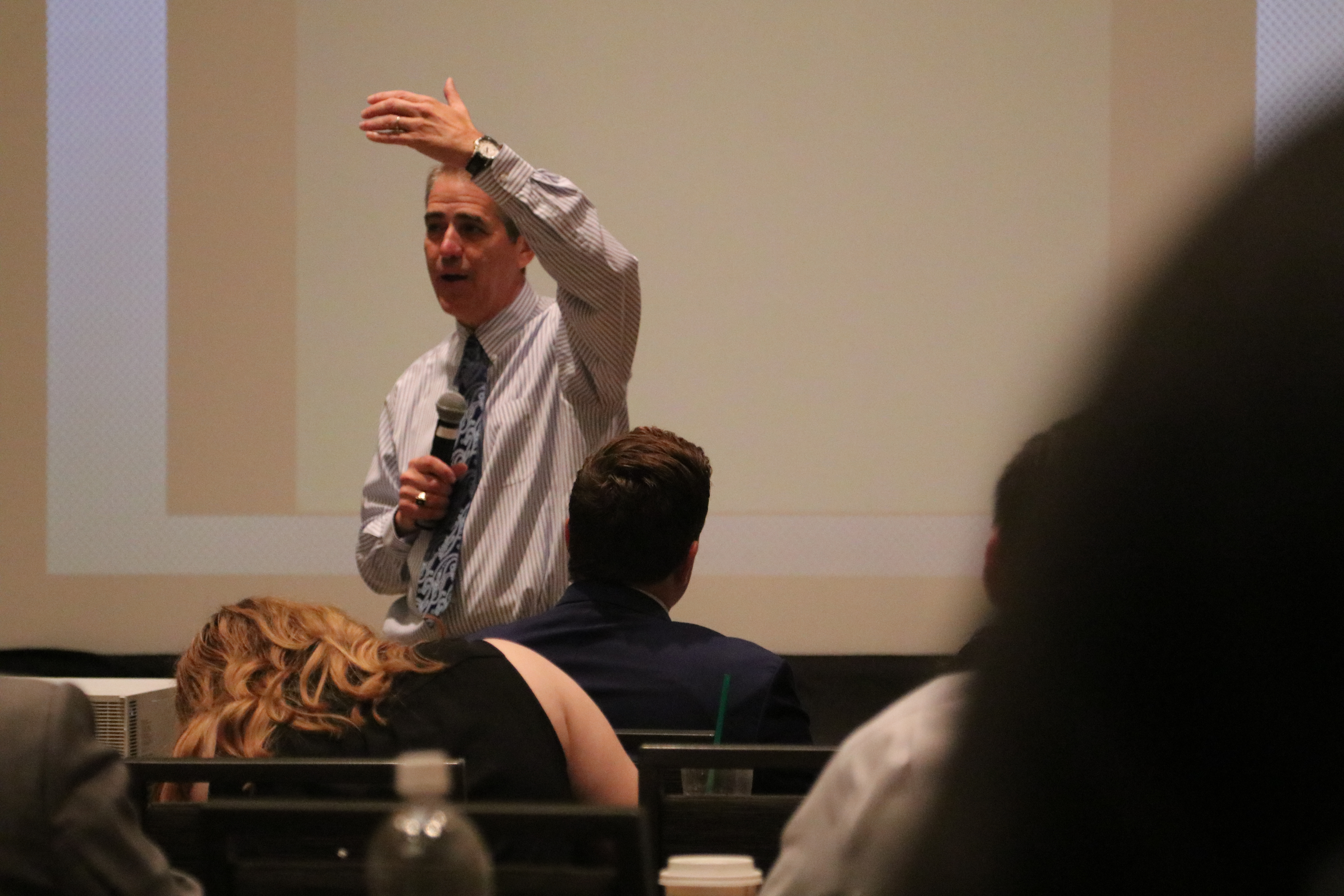 Boyd Huppert’s session on storytelling didn’t start until 9 a.m. but when he came down an hour early to prepare, a group of students from the University of Missouri were already in their seats.

“They got here before I did,” Huppert laughed.

Marisa Rios, a junior, and Austin Walker, a senior, were two of the students who came early to ensure they had a spot. They both work for KOMU in Columbia, Missouri and model their stories after Huppert’s.

“Our professor showed us videos of his stories,” Rios said, citing Huppert as an inspiration for story structure.

Huppert’s stories aren’t just an example for students. The reporter’s home station is KARE in far-north Minneapolis. That doesn’t stop his work from being shared by KTVE and KARD news director Andy Pederson down in Monroe, Louisiana.

Pederson is most impressed by Huppert’s use of natural sound and shows his reporters examples from his work.

“I like how he can just pepper [natural sound] and put some spice on the story,” Pederson said.

Huppert’s series, Land of 10,000 Stories, is a weekly program that has featured the friendship between a little boy and a World War II veteran, support for an immigrant shop-owner after an arson case and even the selling of his family’s farm. It has received numerous awards for distinguished photojournalism and writing.

Over his career, Huppert has won 16 Edward R. Murrow Awards. He also garnered four Sigma Chi Delta awards and a national Emmy for feature writing. He can still relate to an audience at a journalism conference.

“30 years ago I was a workshop-aholic,” Huppert said. “I spent a lot of time trying to figure it out…now I’ve got to figure out how to teach it.”

Huppert breaks down some of his best advice into “Ten Exercises To Pump Up Your Storytelling Muscles.” The three-hour session is comprised of things he wishes he had known sooner.

“I used to stare at my fingertips waiting for the right words to come out,” Huppert said.

“You can’t just put a toe in, you have to immerse yourself in the story,” Huppert said.

Huppert also advised attendees on things to avoid, such as using news clichés and using the word “interview” when asking someone to be part of a story.

“I always say, ‘Can you help me with something?’” Huppert said.

Huppert’s other lessons involve observing what happens in a story, including keeping your eyes open and learning when to stay silent to let a moment play out. He also advised journalists to “write to the edge of the screen,” or know what visual elements can speak for themselves and write to set them up.

Huppert said he hoped to teach attendees to do stories that connect in a different way and expand their toolbox to make their writing more compelling. He said that the process of learning more about storytelling is far from over.

“I start every day trying to tell a better story,” Huppert said.