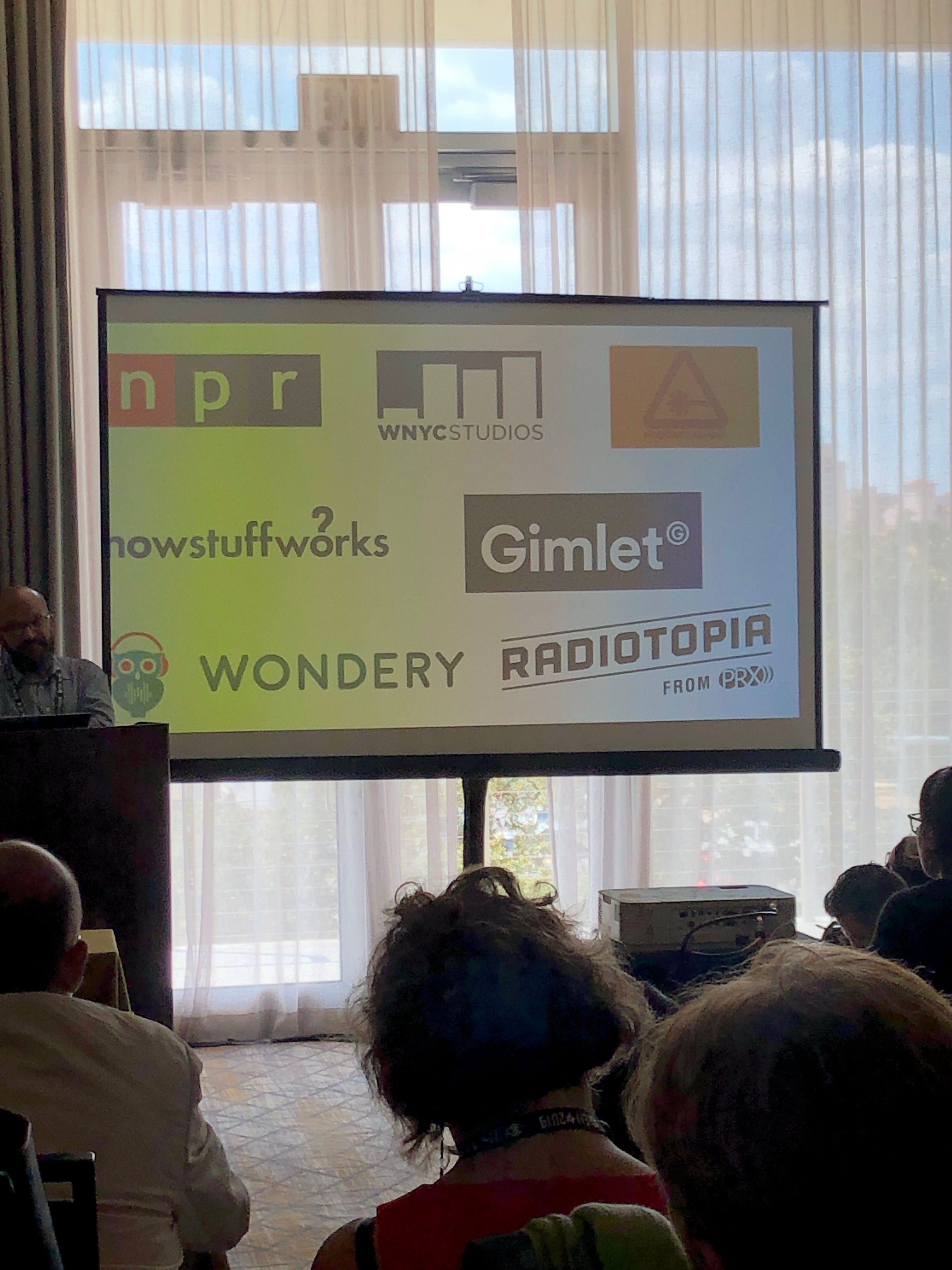 Podcasts are gaining popularity. There are currently over 500 thousand podcasts on Apple, Spotify, and Pandora in more than one hundred languages. Why the gain in popularity? NPR’S Deputy Director of News Operations and Production Rolando Arrieta explains how podcasts rely on the age old art of storytelling.

“There is an opportunity to tell stories to share stories broadly. There is an opportunity to have, you know, when you think about it prior to having the technology to put together an audio file that you can share broadly it was very limited from a technology standpoint. There are very limited resources to do that,” said NPR’S Deputy Director of News Operations and Production, Rolando Arrieta. Arrieta continued, “Now we have the ability to dig deep into historical stories that I sometimes find that I gravitate towards more. It puts a lot of things in perspective and helps you understand more about our society.”

NPR’s host and reporter Julia Furlan said that podcasts are a unique medium to present those stories. She referenced an essay written by Walter Murch called Womb Tone which helped demonstrate the importance of the medium.

“It basically talks about how audio is the first of our senses to be switched on in the womb. So like before we see, before we touch, we can hear. I think there is an intimacy to having someone’s voice in your ears. It’s a very powerful experience,” said Furlan. She continued, “As such listening is a very powerful gift and the more we listen closely the more we are giving that gift to those who make the things or whatever it is. I think the medium itself is one thing. You’re not taking cues from — so much of our world is visual, so much of what we do all the time is on seeing things — I think it’s very powerful to listen.”

So what are Rolando Arrieta and Julia Furlan listening to? Some of Arrieta’s favorite podcasts include 30 for 30 and The Moth; while Furlan’s include Dear Prudence and How to be a Girl.

While some podcast content can be inclusive and occasionally diverse, Furlan said that when it comes to the audience and podcasters themselves, there is a lack of diversity.

“I think podcasting has a problem in that the industry itself burst out of sort of the tradition of two guys talking about tech. So, the audience is white, the people making it are white and that sort of feeds itself. I would love to see podcasts reach more marginalized communities of all different kinds. I would like to see podcasting become more accessible, I would love to see every podcast have a transcript.,” said Furlan.

According to Edison research podcast audiences have become more diverse beginning to more reflect the ethnicity of the population in general, but according to that same research podcasts still tend to be listened to by the affluent. But whose job is it to close that divide?

“I think it’s tricky problem because the tech companies have to be involved in fixing the discovery problems and the audience problems,” said Furlan. “You know not everything can be on the podcasters themselves to fix the problem.”

Arrieta said that integrating more people of color into the process itself could be a start.

“I would start by trying to find people of color who could participate in producing and coming up with original ideas and attracting underserved audiences,” said Arrieta. Arrieta continued, “particularly audiences who are people of color because we have a lot of work to do there.”

And while integrating more people of color into the process is important Furlan said diversity needs to be broadened in every facet.

“I really think we need diversity of all kinds and we need it urgently. We need to stop talking about it in committees and get out there and do it,” said Furlan. So what’s the solution? Furlan continued, “I think it is going to happen by having more diverse people in the means of production and giving them the money to make the things they should make, listening to their stories, taking them seriously, and the old guards sort of stepping aside to make room for new voices.”

As for why diversity in podcasts is important?

“I think being present for somebody’s story is a really powerful thing, and we should do it more often,” said Furlan.