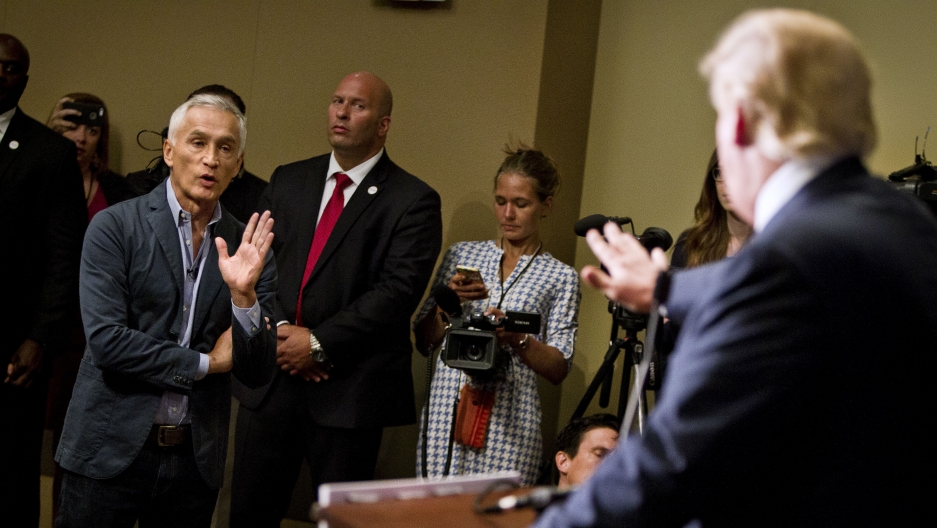 How to defend your rights as a journalist 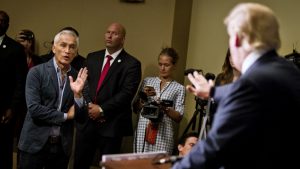 Jorge Ramos is removed from a press conference with Donald Trump’s presidential campaign.

Journalists are always under attack for reporting the truth to their viewers, but how do storytellers defend their constitutional right of freedom of expression?

Fundamedios, a non-profit organization that defends journalists, hosted a session at EIJ 2019 to combat that exact question.

“The job of the press is to be critical and just, in the positive or negative, when finding information,” says Frank LaRue, a former United Nations independent expert on freedom of expression.

Journalists are the voice of the people – their research and findings are important when reporting the news to the public.

“When we request information, it’s not for us, it’s for the public and for the community,” said Dagmar Thiel, U.S. director of Fundamedios. 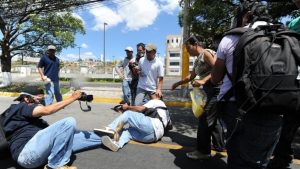 The two individuals explained that there are numerous declarations which protect journalists when presenting the truth to the public. Some declarations LaRue mentioned include the Universal Declaration of Human Rights and the International Covenant on Civil and Political Rights.

It is crucial that journalists are protected by these declarations, although since 2008 over 2500 attacks against journalists have been reported to Fundamedios.

Journalists face various dangers, Fundamedios says, when reporting the news such as internet restrictions, abuse of state power, torture, kidnappings and even murder.

“Being an investigative journalist these days is one of the most dangerous professions in Mexico,” said Thiel. 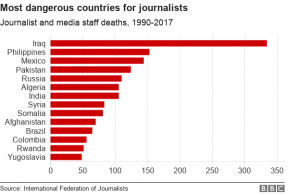 Out of all of Latin America, Mexico has the highest rate of journalist deaths.

In just this year alone, 13 Mexican journalists have been murdered in the Latin American country. From 2000 to 2019, 131 journalists were killed in Mexico. These professionals have been threatened by drug cartels and violence in the region.

Mexico isn’t the only country where journalists are facing danger. The journalists in the U.S. are also facing life-threatening situations. In 2018, five journalists were killed at the offices of the Capital Gazette in Annapolis, Maryland.

Fundamedios encourages journalists to stay informed with information on defending the rights of the press. For more information, go to its website: http://www.fundamedios.org.

Previous story
EIJ podcast: How does your background influence your storytelling
Next story
Podcasts are lacking diversity
The SPJ News