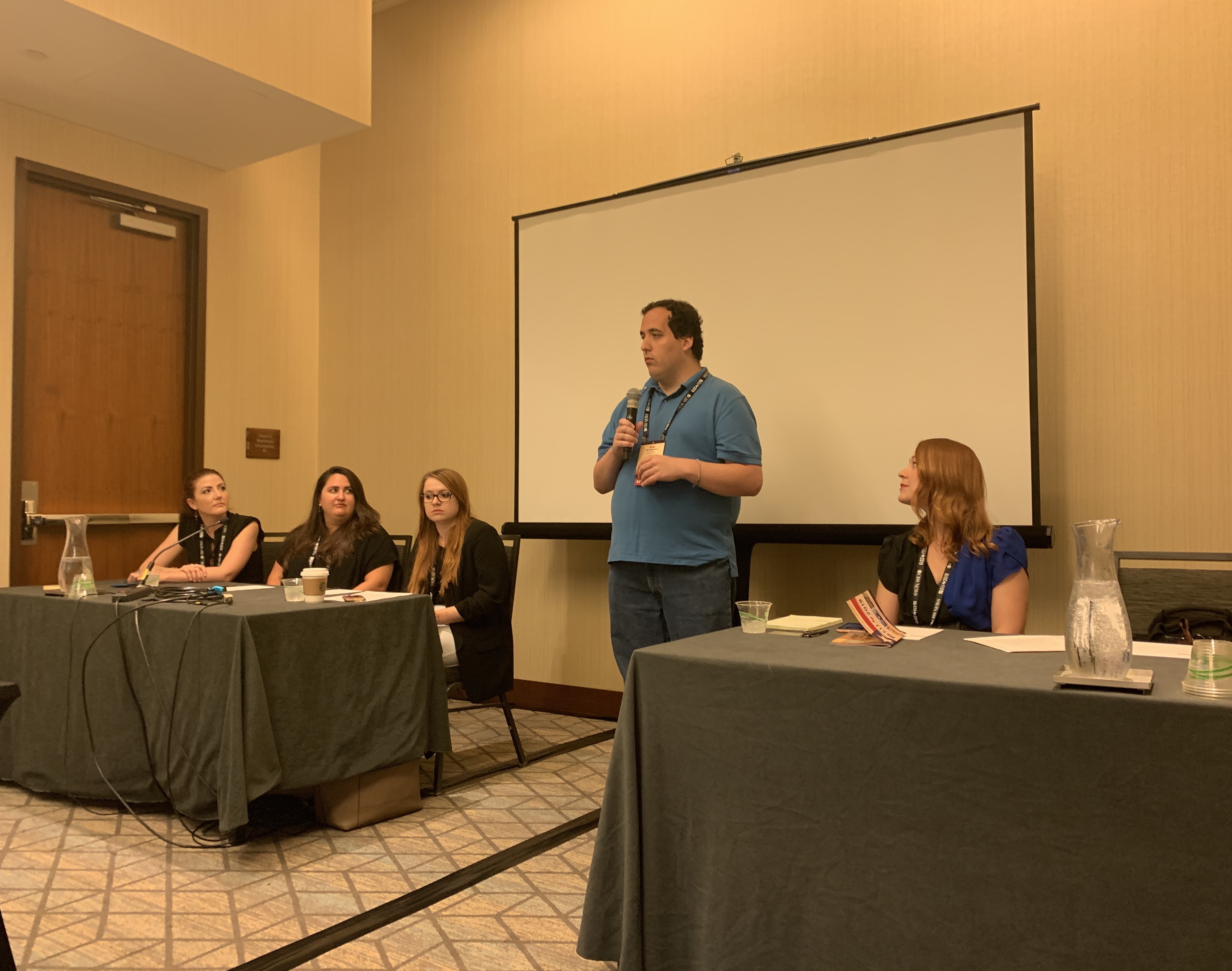 In modern day journalism, Twitter is recognized as a powerful source for breaking news and is a way for journalists to break down barriers with readers, listeners and viewers.

Keeping this thought in mind, day two of the Excellence in Journalism conference started with a panel on what it takes to be an ethical journalist on the social networking platform.

Alex Veeneman, freelance journalist and a member of the Ethics and Awards Committees of the Society of Professional Journalists, started the panel by highlighting the Society’s four principles of ethical journalism. They include: seek truth and
report it, minimize harm, act independently and be accountable and transparent.

Kickstarting the panel, Smith said, “’I have been in this business long enough to remember when Facebook and Twitter were banned in the newsroom. They were considered distractions, and weren’t worth our time. And now it’s a huge source of what I pull from every day.” 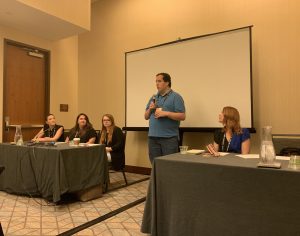 Meanwhile, McGaughy discussed how as a political reporter she has found herself in a dilemma surrounding Twitter.

“I find myself vacillating between a Twitter hater and a Twitter apologist depending on how I feel at the moment,” she said.

She added that politicians and prominent figures now turn to Twitter for important announcements compared to previous system of receiving emails and press releases.

While the panel aimed at studying case studies where Twitter was at the center of journalism, the discussion largely highlighted tricks and tips on maintaining an ethical social media presence.

Creating ethical engagement on social media: What you need to do

“The only opinions I’ll ever give on Twitter are of the Bachelor franchise,” she added.

“A lot of my social media posts, especially on Twitter are question based. It’s not just asking ‘what do you think’ because that’s the easy go to and we see that a lot. But asking a deeper question, just to get engagement and get a conversation going with folks,” she said.

Smith said, since she draws from her experience as a social media anchor.

She discussed how Twitter is viewed a place for breaking news and is seen as the easiest way to create a thread for a developing story, whereas Facebook Lives act as a good way to foster engagement.

“Instagram, we have used to deliver newscasts and stories. We do a lot of two minute mini newscasts every morning, to deliver that way,” she added.

The panel unanimously highlighted the importance of owning up to your mistakes, preferably before someone spots it online.

Recalling an incident, McGaughly said that she faced backlash for using the word “loophole” while making references to a quote in a Twitter update. 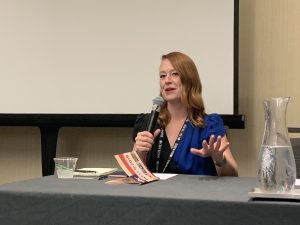 “While I did not use it in my story, I tweeted it. Someone clapped back at me about it and I said ‘you’re 100% absolutely right. That is not an appropriate word,’” she said, adding that it assumes something should be illegal which is not our job to say.

She further noted how such gestures increase a reporter’s credibility as audience is not used to reporters agreeing to their mistakes.

Other suggestions included attributing information to the correct source, creating and implementing an organization-centric ethics policy, and tricks on how to use social media to find sources in a new environment.