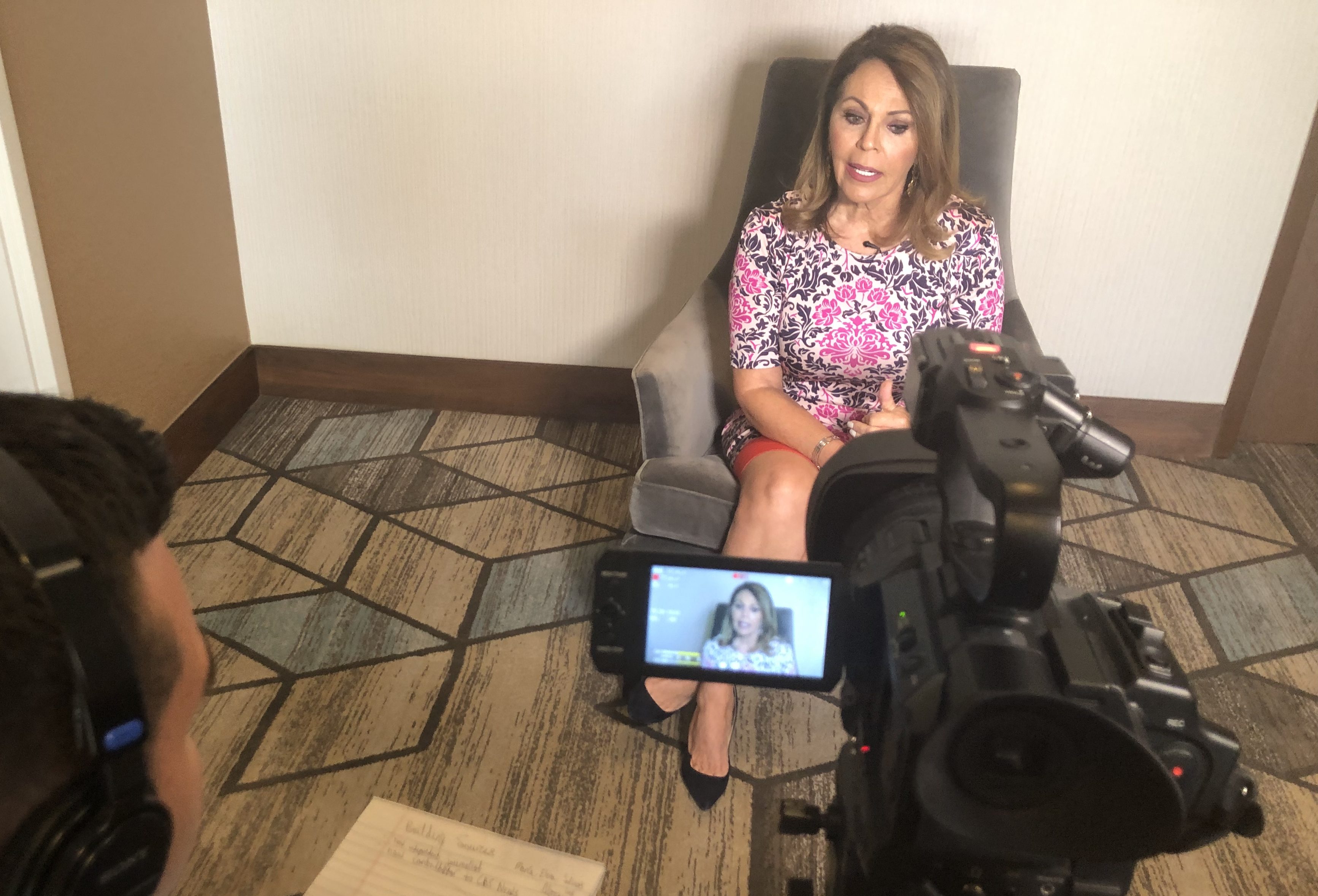 The beautiful wife, the maid, the gangbanger and the only-Spanish speaker. These are all stereotypes of Latinas in media.

This year at EIJ 2019, Latina journalists at the conference are breaking that stereotype.

Hundreds of Latina women are at the conference this year to grow their knowledge in journalism and create diversity in the newsroom.

Although diversity in journalism is an integral idea sought by many, Latinas in journalism sometimes feel underrepresented in the newsroom.

María Elena Salinas, former Univision news anchor and “the voice of Hispanic America,” has experienced various types of stereotypes, throughout her over 40 years in journalism.

Latina journalists have always been under the spotlight for making sure they look the part as a “beauty queen,” having a slender body, with hair and makeup done, the whole package.

“Particularly in Latin America, there were not very women who were anchors and when there were women that were anchors, it was usually a beauty queen or an older experienced man with a beauty queen who was only there to read the news and that’s what I mean when I say ‘not as decoration onset’ because it was very common, especially working in Spanish.”

But Salinas is one who is breaking that stereotype. Her hard work in Spanish-language media in the United States sets a precedent, showing that Latina journalists have worked hard in informing the truth for their viewers.

Previous story
Maintaining an ethical presence on Twitter: Why & how
Next story
COLD’s Hot Takes on Podcasting
The SPJ News