Hurricane Dorian punished the Bahamas before barrelling towards Florida and the Carolinas.  The timing of the hurricane coincided with the Excellence in Journalism conference. Reporters that were ready for three days of learning and networking, canceled their plans to provide up-to-date coverage of the storm.

“We wish we were there, but at the same time we know this was a service to our viewers and they need us.” said Robert Bennett News Producer from Hampton Virginia.

The EIJ conference had a number of cancellations due to the storm because reporters like Bennett were called back to their newsrooms.

“When we work in the news business, the news comes first. Sometimes you have to put other things aside, cancel vacations, cancel trips..” said Bennett. 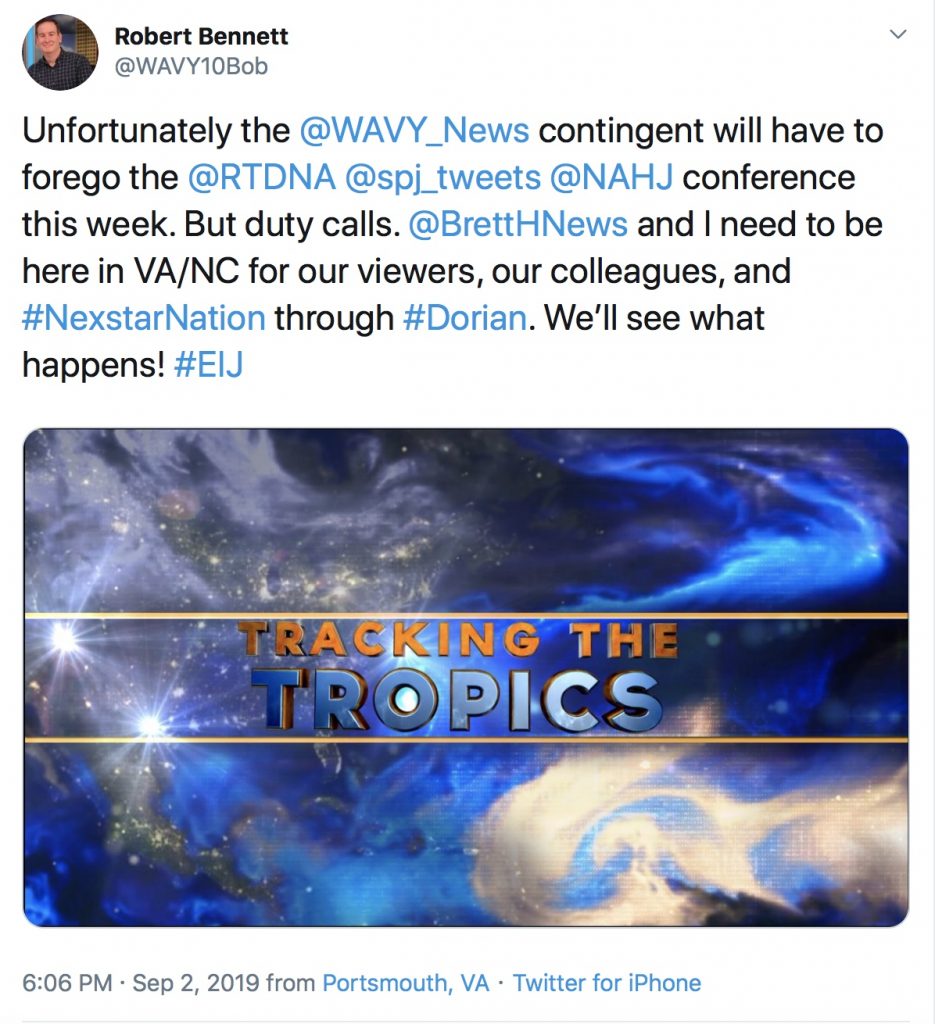 At NAHJ’s public board of directors meeting, it was announced that Hurricane Dorian was directly responsible for at least a dozen cancellations. Flight delays had a bigger impact on NAHJ’s membership..

Journalists like Emily Bloch, took their case to Twitter by expressing disappointment in missing EIJ, but embracing their duty to inform the public. 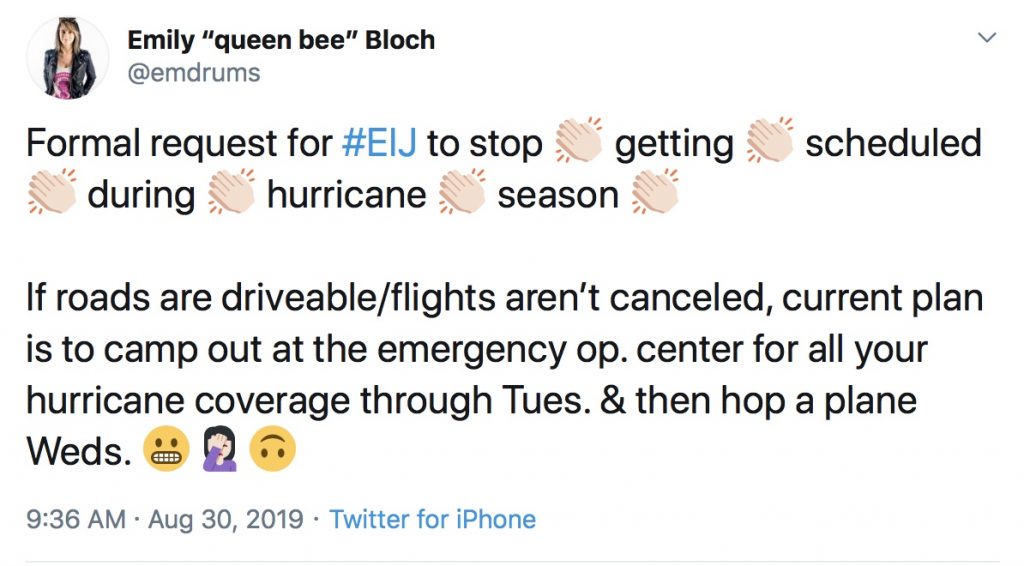 Bloch, president for Florida’s chapter of SPJ, was looking forward to networking and attending sessions focused on digital tools.

But as Hurricane Dorian made its way through Florida, Bloch decided to stay and cancel her registration.  SPJ has received positive reviews on how they’ve handled the cancellations.

SPJ is still processing registrations and cancellations.   Information on how the Hurricane Dorian impacted the association will not be available until after the conference. Some people impacted by the storm transferred their registration to someone else.

“Ok friends, I’ve pulled the plug. There’s no reasonable way for me to make #EIJ19 thanks to a jerk named Dorian. Have so much fun without me”, tweeted Bloch

Previous story
Say this, not that: A conversation on inclusive reporting
Next story
Final thoughts about EIJ
The SPJ News