Director Julie Taymor Shares Her Creative Process in ‘The Glorias’ 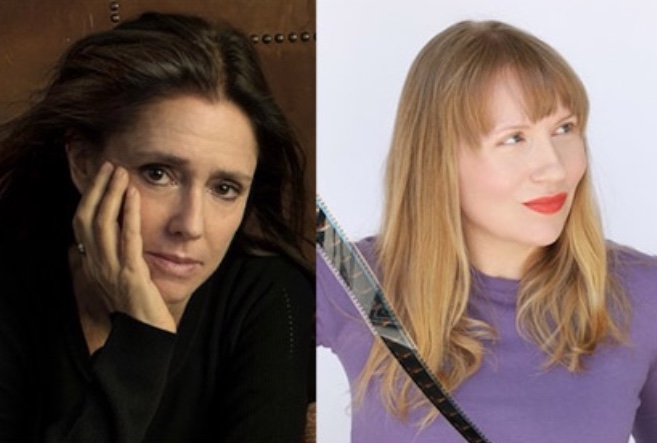 “The truth will set you free, but first it will piss you off” -Gloria Steinem

Julie Taymor, the director of “The Glorias,” discussed the process of creating the film and what takeaways it offers for women and journalists with film critic Amy Nicholson during remarks at the Society of Professional Journalists conference Sept. 13.

In the film, feminist icon Gloria Steinem is played by four actresses — Julianne Moore, Alicia Vikander,  Lulu Wilson and Ryan Kiera Armstrong — covering different ages and milestones in her life. The versions of Steinem at these major parts of her life intertwine and connect with each other in a trip across the United States in a Greyhound bus.

Steinem, 86, asked Taymor how she knew she would see herself in different points of her life because the film was quite accurate in its depiction of her inner monologue, Taymor said in her SPJ interview with Nicholson.

“I loved her own self analysis and criticism and her inquiries,” the director said. “It allowed me to get into the inner thoughts and world of Gloria Steinem.”

The film starts with Steinem at age six and progresses up to 2016, following her path as a journalist, feminist and speaker.

“She became a speaker because she couldn’t get publishers to allow her to write those stories,” Taymor said. “She couldn’t stand it! It took a lot for her to become a confident speaker. She is known as a monotone speaker in her voice. It had to be traumatic for her everytime.”

Taymor said the film is relevant today because of the progression of the feminist movement and the continuation of misogyny and sexism.

“There’s a lot of attention to women’s looks and presentation as opposed to their content,” she said. “If you’ve got the voice, come out louder. The criticism is not loud enough. This is a revolution, this is not time to suck up, this is time to fight.”

Many male editors and journalists, including award-winning television journalist Harry Reasoner, criticized the initial release of Ms. magazine, a publication started by Steinem and Dorothy Pitman Hughes. However, the magazine, which covered issues including abortion and welfare, gained a broad appeal and viewership instantly, according to the director.

Steinem understood the feminist movement could not only serve white women and that the second wave of feminism was largely carried by Black woman, Taymor said.

Because of this, Steinem did not want to be the figurehead of the movement. Instead, the director said Steinem wanted to inspire and unite women rather than pit women against each other.

“It’s a movement,” Taymor said. “It’s not one woman, it’s not one white woman. She did not want to put herself front and center. She didn’t want a conflict between women.”

Taymor said she wishes more people spoke out more against injustices instead of remaining complicit, because “otherwise, we are going to be lost.”

“If you’ve got the voice, come out louder,” she said. “The criticism is not loud enough. This is a revolution, this is not time to suck up, this is time to fight.”