If Patricia Newberry had to describe her year as 2019-2020 president of the Society of Professional Journalists in two words, they would be “repair and restore.” Coming into the term without an executive director to assist her, her first plan of action was to find someone who would be willing to supervise a staff of 15. Allison Bethel McKenzie resigned as executive director in April 2019 after 13 months on the job. 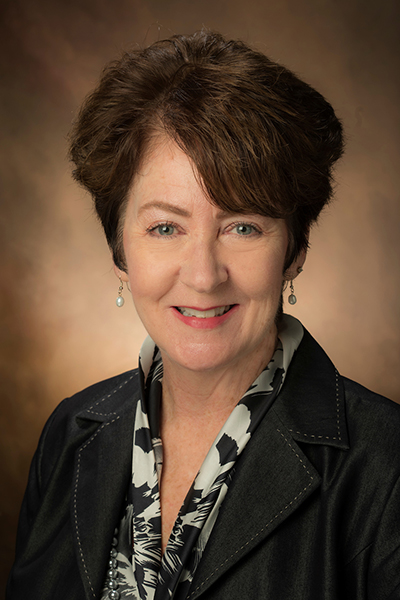 “I started my term as SPJ’s president at a time of turmoil for the organization,” Newberry said. “We had been without an executive director of our staff since the previous April and so Alex Tarquinio, my predecessor, was essentially serving as president of the board, but also handling a lot of the tasks that would normally be handled by an executive director.”

The early weeks of Newberry’s time as president were spent working with a search committee to identify who would take over the role of executive director. After John Shertzer was chosen for the position on Dec. 2, 2019, Newberry and her team began their second order of business: a strategic plan.

“SPJ initially had 23 members as part of the board of directors, but because of a long-standing belief that the board was too big, we had to downsize to nine members when my term started,” Newberry said. “We had to make sure that we had a strategy put in place to guide board decisions and the whole society.”

While there were plans already established by the organization, they were never implemented to the full extent.

“We started the strategic plan a couple of years ago with the purpose of defining who we are as an organization, what our mission is, and establishing a list of goals that we will achieve for each year,” Newberry said. “Now that we are at the finish line of the strategic plan, the next board that takes over when I leave will have the first yearly plan of the strategic plan.”

In addition to finalizing the strategic plan, Newberry states that another big part of her presidency included planning and overseeing the Excellence in Journalism convention.

“We start working on every convention in the fall,” Newberry said. “It is a very formalized process. We ask members to contribute their ideas, select the focus of the conference, and which programs we want to produce.”

However, the Coronavirus pandemic forced Newberry and her team to make some tough choices.

“The usual way to engage in the SPJ world is to go to things in-person,” Newberry said. “However, we had to rethink how we were going to continue to serve members and engage members.”

Newberry had to cancel all in-person regional conferences and update the SPJ landing page so that members had access to hundreds of resources on COVID-19.

“Some of these resources include guides on how to stay safe when journalists have to go out on assignments and tips on how to virtually interview people,” Newberry said.

One of the biggest decisions Newberry had to make, however, was to create a virtual EIJ conference experience. This decision was made by both SPJ and the organization it partnered with, the Radio Television Digital News Association.

“Originally, we wanted the conference to be in Washington D.C., at the Hilton,” Newberry said. “When the virus hit, we considered canceling. Many conversations and energy went into making the conference virtual.”

Once the convention is over, Newberry will be handing her position as president to Matthew Hall.

“I will continue to remain in the SPJ Foundation Board and be a chair of the nominations committee,” Newberry said. “I will help recruit people to run for office in the coming year and stay involved with a couple of different initiatives.”

One lesson Newberry hopes to pass along to current and aspiring journalists is that they are the glue between citizens and access to information and are a critical service to maintaining democracy.

“Good journalism is needed now more than ever,” Newberry said. “We need you and your energy.”