The passing of Labor Day marks a second summer of virtual journalism internships. As journalism students head back to school, many will be adding another virtual experience to their resume.

“While there may be more virtual internships, they’re definitely not in the same league,” Adrianne Flynn, director of internships and career development at University of Maryland’s Philip Merrill College of Journalism said.

In 2020, facing COVID-19 concerns, news organizations opted to cancel or convert internships to virtual. This year, as the pandemic continued, many summer journalism internships remained remote, while a handful switched to hybrid or in-person model. When students went to apply, they faced both the benefits and downsides of not being in a newsroom. 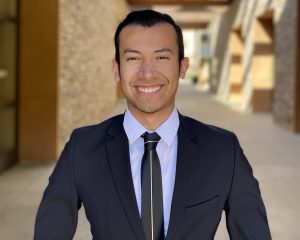 From California this summer, Jorge Flores, a student at California State University, Fullerton was a NBCU virtual intern for the Telemundo owned-and-operated national Miami station. Despite the miles and the three-hour time difference, he applied to the internship knowing it would be virtual.

By interning virtually, Flores saved on the price of flights and the effort of relocating. His location was an advantage for his reporting too. He was able to find sources for interviews that offered their West Coast perspective on immigration and politics for a national audience.

“You have the opportunity to connect with more people instantly…” Flores said. “From other parts of the world, for interviews, for research to get more of their points of view.”

Though he has not met his East Coast colleagues in person, Flores said they were friendly and welcoming. Recently, his virtual internship at the Miami station was extended into the Fall and he will work there as he starts his senior year.

The location, the advantages for reporting and friendly virtual connections are one side of his virtual internship, the other side, Flores said is wishing he could be in the newsroom in person.

“I think you can make stronger connections if it’s in person rather than online. I think it’s harder to make a real connection online to others, with other journalists or people who can be your sources for your story.” Flores said.

Flores is not the only student who sees both sides of the virtual journalism experience.

In April of this year, Taylor Blatchford, creator/writer of The Lead, a Poynter student journalism newsletter, asked for students to share their journalism experiences. One of the questions was, “what worked well during your remote internship?” The responses to this led to an article by Kami Rieck titled, “Why employers should make sure remote internships stay – for good.”

“It seems like students were still appreciative of being able to have the internship experience, even if it was a little unconventional,” Blatchford said.

Blatchford, reiterating the article, said virtual internships are more accessible and allow students to save money. As a result, this makes more students interested in the opportunities. One example Blatchford shared was that in Fall 2020, “NPR received a whopping 20,520 applications for 27 internship positions… compared to 2,597 applications for 55 slots,” the year prior, Current reported.

“I think having the option to work for a great news organization, but being able to not, or being able to stay where you’re living, that’s really beneficial and allows a wider pool of students to apply for those opportunities,” Blatchford said. 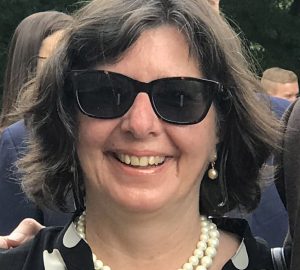 At the University of Maryland’s Philip Merrill College of Journalism, students cannot graduate without having an internship experience. Flynn, the director of internships who runs the journalism school’s internship course, said she approves all the for-credit internships.

Prior to the pandemic, Flynn’s view was that virtual internships were not acceptable for the internship course. The website still reads that internships: “CANNOT be VIRTUAL. We want you in the newsroom regularly. You can work virtually on occasion, but those hours won’t count toward the required number for your internship class. We encourage your freelance career, even virtually, but we won’t give you credit for it.”

At the beginning of the pandemic, the restrictions around virtual internships for credit were relaxed, The Diamondback reported.

“I get to be very particular about what I say and what I don’t say is qualified, but I really can’t roll back the rules on virtual internships. I would like to keep them all in person and maybe down the road, we’ll be able to do that again,” Flynn said.

“Now, a lot of them will not ever have had an in-person experience and that is something I do worry about,” Flynn said. “Because they just won’t have that vital connection to a workspace, a company, some mentors the serendipity of communication that happens when you’re in the same space at the same time.”

Students do not need to worry about virtual internships impacting their career, Katie Curcio, the CBS director of the Office of Professional Development, News Associates and Internship Programs said. 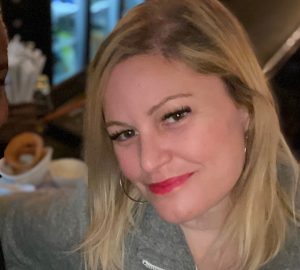 At CBS, the virtual interns were from a variety of colleges and locations. Normally, the interns would spend the summer working on a group project. Instead, they each created a one-minute social media project that was published on the CBS Official interns account, Curcio said.

Another benefit of the virtual environment for CBS interns, Curcio said is more time for interns to attend workshops. This summer, interns were able to meet and learn from executives from shows like 60 Minutes because scheduling was easier.

“They are still getting to meet people, do the work, and network as much as they can,” Curcio said. “So that’s another pro of the virtual internship is that they’re getting to actually be part of the experience where they really could not be part of it at all unless they studied in New York for the semester.”

Even though students are missing out by not being in the newsroom, Curcio said, virtual internships will not last forever. Eventually it will all come together when they are in the same building and students should give themselves breathing room. Plus, CBS has hired interns during COVID, Curcio said.

“We all interned as well and so we can’t imagine that having to intern virtually, and then having to start a job virtually and not being in person, it just must be so hard,” Curcio said.

Magical Moment: When a former CBS News Intern gets to interview a CBS News Correspondent at their new reporter job! 😎 pic.twitter.com/FZYJ88mav0

Flores will continue his virtual internship into the fall and is patiently looking forward being in-person. Until then, he is going to encourage other students to apply to remote internships, network and, when they do have the internship, to enjoy the experience.

“We as journalism students can really look forward and say one day we’ll be there,” Flores said. “And these kinds of actions for us, to work in the newscasts, or in print, or in any field that you’re working or interning in, that’s a sign. Those are signs for you that you’re doing well, that you’re going on a good path.”

Previous story
Students Struggle in Journalism Due to DACA Status
Next story
Medical Marijuana: Is it Really Safe?
The SPJ News