#SPJNews21 students were assigned advance stories before the conference began. Many assignments were completed before much of Louisiana was shut down by Hurricane Ida.

Louisiana’s rise in COVID cases has created a domino effect because events that werepostponed to this fall are being canceled again.

The cancelations have a trickledown effect as many food vendors, businesses and hotelsare dealing with the loss of expected revenue.

The cancelation of New Orleans Jazz & Heritage Festival 2021 on August 8 began theseries of disappointments for local businesses relying on these festivals. In a press release the festival said it looks forward to having the event next May.

Jazz Fest cited the growth of COVID-19 cases in New Orleans as the reason for this cancelation. In the last 14 days, Louisiana has had 3,573 new covid cases in Orleans Parish.

The cancelations are a decidedly unwelcome turn of events. Jazz Fest brings with it a $4-5 million economic impact for the city.

Kelly Schulz is the Senior Vice President of Communications and Public Relations forNew Orleans and Company, the official destination sales and marketing organization for New Orleans. 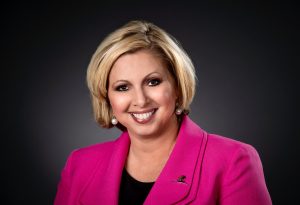 “Economically, Jazz Fest is like the city hosting a Superbowl every year,” Schulz said. “It was certainly a huge economic impact but for locals and visitors, it was such an emotional blow. We want our guests to be safe but we had been looking forward to the festival for solong and it was a sign of normalcy. To have that canceled was a moral blow,” she said.

That blow comes after the city forecast a brighter future for 2021.

“Last year was a devastating year for New Orleans hospitality because in the spring of 2020 we had lockdowns and restrictions,” Schulz said. “When we began in 2021, there was some sense  of optimism. At that point many people had received funds from the American Rescue Plan, which was helpful for many businesses,” she said.

She said that from March 2021 until recently, there was a resurgence of leisure visitors because vaccines were more widely available.

“Certain hotels in the French Quarter were sold out on the weekends. We still have many good things happening this fall, but it’s not going to be as robust as we thought it was going to be due to these setbacks,” she said.

“We’re realizing that flexibility is key and we have to keep moving with what’s happening,”said Valerie. “This is why it’s so important for us to keep in contact with the city and healthofficials.

Things have changed and are changing so frequently. At the time of Satchmo Fest, we wanted  people fully masked coming inside but within 2 weeks time, we had a vaccine mandate in the city,” she said.

The Society of Professional Journalists was next to move its SPJ21 journalismconference from a hybrid event to a fully virtual one on August 10.

French Quarter Fest announced their cancellation five days after Jazz Fest in a pressrelease on August 13.

Valerie said it was a heartbreaking decision for them to make.

“The decision came from knowing that the safety of our fans, musicians, guests and partners was such a big thing for us. We applaud the board and our director for comingtogether to make this decision,” Valerie said.

She said that they understood there would be widespread financial impacts fromcanceling but thank their partners for continuing to support them and their artists.

“Chevron has been an amazing partner. They have donated $150,000 to the gig workers and musicians who were going to be a part of the French Quarter Festival,” said Valerie.“The culture bearers are a major part of our festival and they make the city and the statehave a heartbeat.

Being able to do something for them was great. The festival itself is only possiblebecause of our sponsors,” she said.

Valerie said French Quarter Festivals Inc has had a relationship with their food vendorsfor a very long time and that it was hard to tell them this decision.

“It looks like fall has fallen as last week other things were canceled,” she said. “Next yearwe can move forward. We know we can’t make that happen continuously if we are not being strategic and smart with these decisions,” Valerie said.

The loss of revenue from these festivals being canceled has a trickle-down effect onbusinesses in the area.

“In addition to the Delta surge, when the vaccine mandate started August 16, we’ve had mixed reactions from visitors for that policy. Some feel like this is a really good thing to put in place because they feel safer. We’ve heard from others that disagree with the policy and have decided not to travel,” she said.

New Orleans and Company said they are doing everything they can to safely attract business to the city and replace some of the revenue that has been lost from these cancelations.

Schulz said there are several big, in-person conventions still coming in the fall that will encounter an enormous amount of safety protocols in the convention center. However, Schulz said New Orleans and Co is trying to get people to come to the city for smaller events. She said that the vaccine will help get them out of the Delta surge.

“We are trying to drive business safely in unique ways but many companies in the hospitality industry are in need of employees,” Schulz said. “We want people to be safe but also have good hospitality. I have seen more signs at businesses that say they have to close early because they are short staffed,” she said.

Valerie said French Quarter Festivals Inc looks to the future as they have events planned for the holidays.

“We know we are not where we need to be to feel comfortable. City mandates will help significantly as we plan to have our Holidays New Orleans Style concerts in December,”she said.

Schulz said that while these cancelations impact the city, some are preventable.

“In 2020 we had no choice to shut down because we had no vaccine and didn’t understand what was happening. Now, we have access to the COVID vaccine. I encourage everyone to just get vaccinated,” she said.