A surge in COVID-19 cases in Louisiana has forced large conferences to move to virtual meetings. Luckily the transition began before Hurricane Ida swept through the state destroying power lines, homes and taking lives.

The Society of Professional Journalists will hold its annual SPJ Conference from Sept. 2 to Sept. 4, 2021. The conference was initially going to be a hybrid meeting  in New Orleans, Louisiana with workshops in person, on Zoom and some both in-person and streamed virtually, but the surge of COVID-19 cases in the state forced SPJ executives to make the conference a completely virtual experience. 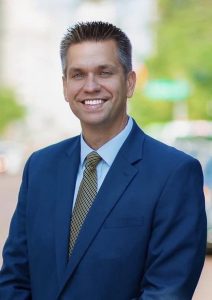 SPJ will host the 2021 conference using the third party system, Encore. The organization was originally using Encore for its hybrid conference set-up so SPJ Executive Director, John Shertzer, said the shift was much easier than it would have been if the conference was originally fully in-person.

Shertzer said SPJ was able to cancel its contract with the Hyatt Regency Hotel without penalty. He said the hotel was very accommodating and hopes SPJ will book with the company again.

“They were very agreeable to the cancellation … and we would like to return to New Orleans at some point as it’s a favorite city of ours for conventions,” Shertzer said. “We talked to them about taking a look at that hotel when we go again but it worked out well that we were able to pull out of that contract without any penalty.”

As of Wednesday afternoon, the Hyatt Regency Hotel updated its answering machine to reflect Louisiana’s declared state of emergency. The voicemail box says the hotel and surrounding areas are out of power and have no timeline for when power will be restored. They are not accepting any arrivals outside of emergency response personnel.

Shertzer said SPJ is sending its best wishes and comforting thoughts to the people impacted by Hurricane Ida’s path.

“We love the city of New Orleans and we wish we were there having our conference because it’s a great convention city … but (SPJ’s) heart breaks for not only what was happening with COVID-19 but now this,” Shertzer said.

Shertzer said Tuesday morning, despite the move to online and the aftermath of Hurricane Ida, there were 453 participants registered for the conference. Prior to moving the conference online, Shertzer said accommodating hundreds of attendees in addition to speakers took extensive preparation. SPJ was preparing for the in-person event with social distancing guidelines, masking requirements and sanitizing stations.

The virtual conference will have a silent auction and all funds raised from the silent auction will go to SPJ’s Legal Defense Fund which provides funding to journalists who are in legal disputes around the First Amendment and need financial assistance.

“There will be some great items this year and like everything else (people) can go online, look at the items and place a bid,” Shertzer said. “Hopefully from that we will raise some funds for the legal defense … in the past we’ve raised 10 grand so that would be a nice number to see us attain again.”

Though workshops will now be 100% virtual, participants will learn about a 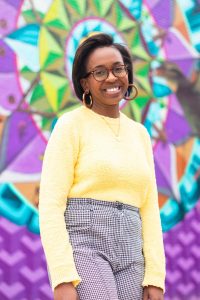 multitude of topics in journalism, from social media in journalism to diversity and mental health advocacy in the workplace. Some of the speakers for the conference include Seung Min Kim of The Washington Post, Maya King of Politico and Bill Whitaker of CBS News 60 minutes.

Participants can already log onto the SPJ 2021 Conference website to look ahead at workshops, network with other attendees, email speakers, upload business cards and more. Shertzer said the SPJ executives are also looking into exhibitors for the conference. While the conference will take place from attendees’ computers across the country, Shertzer said the typical conference experience of walking through an exhibit hall is interesting and he’d like to see that happen within SPJ as well.

“Being virtual limits the ability to do the socializing and the networking and things of that nature have pivoted to become focused exclusively on education — highlighting the educational workshops and keynotes and breakouts,” Shertzer said. “My goal is that everyone who attends walks away still feeling like they got as much education and new thinking around their profession … as if they had been with us in New Orleans.”