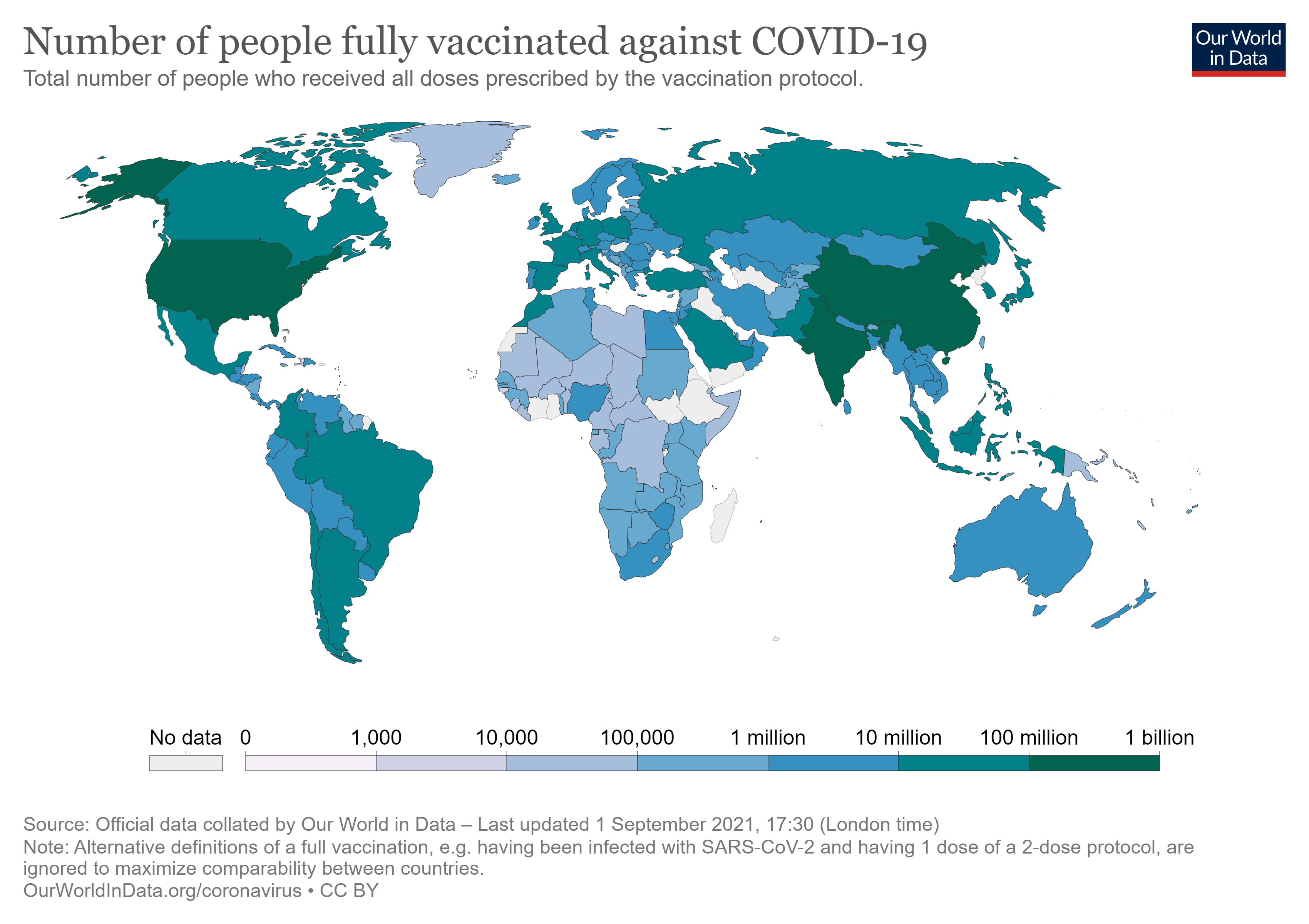 Iowa let 81,000 COVID-19 vaccines go to waste. Alabama threw 65,000 doses away. And Georgia destroyed over 110,000 vaccines. India — despite being a hub for vaccine manufacturers — has faced vaccine shortages. And in Thailand, residents beg their government to import them.

Hanh Tran, 20, who lives north of Ho Chi Minh City in Vietnam, hasn’t received any vaccination. She said she’s afraid it could take at least two to three years for her country to reach herd immunity. Despite being at its peak with new coronavirus infections, Vietnam’s vaccination rate is only at 1.5%.

“It is considered a very bad situation,” Tran said, describing the lack of vaccines in her homeland. “Cases found in the community increase every day and that results in a strict lockdown since the beginning of May 2021. Lots of workers lost their jobs and low-income people are struggling with life.”

While mass vaccination and “fair distribution” seem to be the key to putting an end to the pandemic, that is not what is happening. 95% of the vaccines have been given to the wealthiest 20% of the world population with the remaining 80% having only received 5% of the vaccines, according to research published in the Journal of Global Health by health economist Moosa Tatar.

“To control the pandemic, we should control the new cases around the world,” Tatar said. “But instead of focusing all over the world, wealthy countries just focus on their [individual] populations.”

Even though people are saying that humans need to look after one another, Vietnam’s Tran said history has proven otherwise and that vaccine inequality widens the gap between the rich and the poor even more.

When low-income countries are left with little to no access to the vaccines, Tatar said, it allows the virus to mutate and form new variants, which will affect everyone regardless of their vaccination status.

As the U.S. experiences a surge in new COVID-19 cases due to the spread of the delta variant, in July Dr. Anthony Fauci said on Meet the Press that 99% of recent deaths and 97% of hospitalization were among the unvaccinated.

Last month, the Centers for Disease Control and Prevention (CDC) recommended that people who are “moderately to severely immunocompromised” get an additional dose of the COVID-19 vaccine. Even so, Director-General of the World Health Organization (WHO) Tedros Adhanom Ghebreyesus said that recommending a booster shot will widen the gap between rich and poor countries.

Krista Isir, 23, of Papua Province in Indonesia, said she feels frustrated with how developed countries prioritize their own citizens without thinking about people in low-income countries. She said while she understands the economic reasons for doing so she still deems it “unfair and unequal” but said: “it is what it is.”

The United States has pledged to donate 500,000 doses of the COVID-19 vaccine and the United Kingdom another 100,000 doses to poor countries but they won’t be delivered until 2023.

Although Isir said vaccines are accessible in her hometown, there were shortages in recent weeks. Indonesia’s vaccination rate is at 12.2%.

Besides having to live in these “unprecedented” times longer, the WHO said in July that vaccine inequality will leave a “lasting and profound” impact on the global economic recovery, especially with low- and middle-income countries.

At the beginning of the pandemic, Taiwan was living in a parallel world as it reported a seven-day average of fewer than six new cases since April 2020. It faced a small outbreak in May this year.

Taipei-based Yang Lin, 23, said the vaccine allocation has begun slowly for medical personnel, essential workers and the elderly. Its current vaccination rate is 2.9%. He said people his age shouldn’t expect a shot until at least the end of the year.

“You probably don’t have any chance [to get the vaccine now] except if you have special or urgent reasons,” Lin said.

Seeing how easy it is to get vaccinated in the U.S. and how many incentives are being offered by state and local governments has led Lin to question why some Americans still choose not to get one.

In Louisiana, the state allotted money to give about 75,000 students at participating colleges and universities $100 when they get the vaccine. For weeks in Ohio, residents who got the vaccine had the chance to win $1 million in a lottery jackpot. And still in New York, people who get vaccinated can get $100, free tickets, memberships or other gifts.

“Honestly, I don’t understand why most people are still not getting it,” Lin said.

“I don’t have any thoughts or judgment here since [Americans who decide not to get the vaccine] always have reasons, even [if those reasons] sound ridiculous.”