“Are you doing OK?”: Seasoned reporters weigh in on the role empathy plays in getting the story

Journalist Mariana Atencio, a former NBC reporter, was in 2017 assigned to cover a devastating, 7.1 magnitude earthquake in Mexico City. In her  TEDx talk, “Rethinking Storytelling to Help People Care,” she recalls spending days at rescue sites — “broadcasting the dread, but also the hope”— and translating live from Spanish to English.

“Hundreds dead,” she said, in the talk. “Children crushed in their own school. Volunteers and dogs sniffing for life. There was still hope because dozens were trapped underneath the rubble.”

On the fourth day, Atencio said she interviewed a father whose 7-year-old son nicknamed “Paquito” had died at the Enrique Rebsamen Primary School.

“Paquito’s dad told me ‘You know, my son, he was an amazing kid. Un tipazo, and now he’s gone,’” she said. “Tears rolled down his eyes as the camera kept rolling, too. But at that moment, Paquito’s father, in that church on the outskirts of Mexico City, used his voice to make people thousands of miles away connect to a loss that wasn’t theirs.”

From this experience and several others, Atencio learned that the job of a journalist isn’t just to find the truth — it is also to make people care. In her speech, she said “long gone is the era of the cold reporter who couldn’t express any feelings. I believe that objectivity and compassion go hand in hand.”

And while countless other journalists join Atencio in that belief, that empathy is crucial to the work of reporters, the question of “how” lingers. How can we show empathy and professionalism while connecting with people on the worst day of their lives? 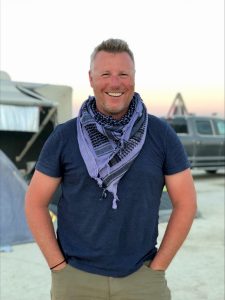 USA Today reporter Trevor Hughes said showing a genuine interest in what your sources have to say will take you far. (Courtesy of Trevor Hughes)

Denver-based USA TODAY reporter Trevor Hughes said when reporters show genuine curiosity and interest in the people they’re interviewing, in the things that motivate them, drive them or that make them feel, forging a real and more effective connection can come more naturally.

But in situations, such as natural disasters, or those involving crime or violence, it can become even more challenging to get a person to open up. Not everyone wants to talk to reporters, he said, “especially in tough situations.”

Hughes said one way he deals with these circumstances is by putting his notepad, phone or camera away, and approaching sources by introducing himself and asking if they are OK.

“I’ll walk up to them and say ‘Hey, my name’s Trevor Hughes and I’m a reporter for USA Today. Are you doing OK? Is there anything I can help you with?,” he said.

“The important part is that I do care. I have done this many times. And so, my understanding of the process that people will follow after a disaster, in terms of getting insurance coverage, getting federal assistance… I understand that process better than most people,” Hughes said.

“I’m not offering very specific help. I can’t personally give them money, but I can tell them ‘Hey, call the Red Cross or call your insurance company.’ But, generally speaking, what I’ll do is talk to them and say ‘I’m just down here sort of here to witness what happened on behalf of the American public.’ And I’ll just chat with folks and some people don’t want to talk and that’s absolutely their right and I always respect that.”

Last summer, Hughes was in Southern Oregon near the California border interviewing families whose houses had burned down. He said he interviewed a woman whose entire neighborhood had “essentially been destroyed by the fire.”

“It was just this really awful emotional time in which [this woman and her husband] were experiencing the worst day of their lives, and to be allowed to participate in that and ask them questions and have them talk to me, was incredibly powerful.”

Learning to build compassion and talk to people in difficult moments takes practice, said Marian Liu, an operations editor at The Washington Post. When she was an intern tasked with writing obits, her very first article was on a University of California Berkeley student she had gone to school with.

The student who died at a school fraternity party, “drank [alcohol]  … and basically the furnace [of the house where the party took place] was so hot,” Liu said. “It melted the floor and …set the whole house on fire with him in it.”

Liu said the deceased student would’ve graduated alongside her, in the same ceremony. “He was probably a friend of a friend,” she said. 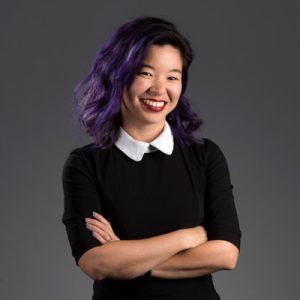 Finding commonalities with others is also one way to build compassion, Liu said, recalling conversations she’s had with Uber drivers throughout the years.

One particular one is still fresh in her mind: In her days as a Seattle Times reporter, a Japanese Uber driver asked her what her occupation was. When she replied, he said he told her that his father, who loved reading newspapers, had recently died.

The Japanese tradition is to cremate your loved ones, Liu said, adding that the man told her he had cremated his father with newspapers, “so, he’ll always be able to read.”

‘It’s OK. You don’t have to answer right away’

At WaPo, Liu has covered anti-Asian attacks since February of last year.

“I was very clear that I’m Asian, too,” Liu said. “My parents are from the Bay Area. My parents are elderly…all that’s happening is very real to me.”

“And the first question I would ask all of them was ‘How are you?’ So, we had a real conversation first before we began the interview, which helped kind of ground the interview and we were both able to be more open.”

Liu interviewed a Korean mom based in Atlanta a day after the Atlanta Spa Shooting had taken place. The mom was having a conversation with her six-year-old about what to be careful of in light of the recent attacks.

“Obviously, she wasn’t okay,” said Liu. “She started breaking down and I was like, ‘It’s okay. You don’t have to answer right away. I know what you’re going through. I’m an Asian woman, too.”

Liu said the woman later wrote to her, thanking her for being compassionate and giving her space.