Networking in the Age of COVID-19

Ask any seasoned journalist how they got their current job, and it will likely boil down to one word: networking.

Networking, the practice of making interpersonal connections to access professional opportunities, has existed for decades. In fact, according to a 2016 study from the Bureau of Labor Statistics, 70 percent of new jobs are now filled through networking.

So how does this commonly face-to-face practice translate into a nearly all-virtual world in wake of the COVID-19 pandemic? 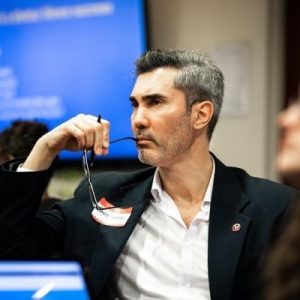 “I think one of the things that it’s more difficult to do virtually than it is to do in person is really understand if people have a question … when you’re there one on one, your focus is fully on that person and not just the screen,” said David Plazas, an Opinion and Engagement Director who recruits for the USA Today network. “[In person], you’re listening intently to everything that the person is saying, you’re not having mute issues, you’re not having lighting issues and you really see the person as they are.”

According to Plazas, who typically recruits at journalism conferences and conventions, virtual platforms can make it more difficult to tell whether a candidate is the right fit for the job.

“[In person] you can explain, you can answer questions, you can ask questions. And for me as a journalist, that’s always preferable to telephone interviews,” Plazas said. “You can understand where they’re coming from and also if they may not be the right fit for them to write for us. Oftentimes, it’s much more productive when you can be in that space together.”

For Kevin Olivas, a news recruiting manager at Sinclair Broadcast Group, the pandemic has had little effect on his networking and recruiting strategies. 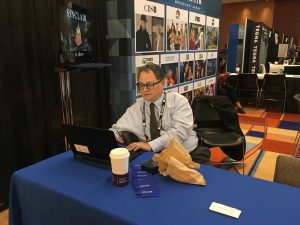 “The pandemic has had its advantages and a few challenges here and there as well,” Olivas said. “A lot of the things that I do now, I did prior to the pandemic, just by the nature of my job and the fact that I’m recruiting for news organizations that are across the country. It’s a lot of different places and the requirements are going to be different as far as what they’re looking for. So how I go about recruiting is a multi-pronged approach in a bunch of different ways.”

Because of Sinclair’s extensive cross-country networks, Olivas had experience recruiting through phone calls and other virtual platforms.

“Some of it’s by word of mouth, some of it I do talk to schools, and not only do I look for their current grads, but I really try to get in the good graces of faculty advisors at schools who often turn me on to their past students who are alumni and have become seasoned professionals in the industry,” Olivas said. “[During the pandemic] it’s slightly accelerated, but pretty much the same as it was even before the pandemic.”

However, Olivas said that there are some networking opportunities that simply do not translate well to a virtual platform.

“At a lot of conventions, sometimes I would recruit people by chance,” Olivas said. “I’d be walking down a hallway and somebody would see me, or it’d be like a casual thing, like I might be standing in line at the coffee shop and the person behind me is somebody looking for a job and we just, by chance, start striking up a conversation. And they might end up being the next great candidate that I’m looking for and we end up hiring them. So that kind of scenario can’t really play itself out in a virtual setting.”

Body language, which recruiters pay attention to during interviews, is also more difficult to notice on a virtual platform.

“Virtually you can kind of read a person’s body language, but it’s easier to do that in person,” Olivas said. “And sometimes that also kind of plays toward how they present themselves, in the way they dress and if it’s appropriate for an interview. But then beyond that, just their sense of nervousness. You get kind of a slice of it, but it’s not a three dimensional kind of a presence.”

Neal Bennett, a senior recruiter at Tegna, discovered both pros and cons as his job became largely virtual during the COVID-19 pandemic.

“You miss that kind of personal connection that you get with people,” Bennett said. “But at the same time, in some respects, I’m able to talk to 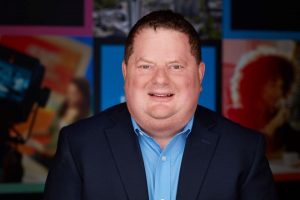 more people because I don’t have to get on an airplane. I’m going to speak to more schools, speak to more conferences, because you can do it through Zoom or through other messaging and chatting apps. So, in some respects, I’ve gotten to probably talk to more people that I might have otherwise, but you do miss that sort of personal connection.”

While the transition from in-person meetings to virtual networking platforms has had an effect on interpersonal relationships, Bennett said it can be mitigated by the quality of communication on the part of job-seekers.

“It depends on the person,” Bennett said. “So much of it is follow up. One of the things I tell everybody I speak to, is I give them the option to follow up with me. And the ones that follow up with me through LinkedIn or whatever, I feel like I have just as good a relationship with. But it really becomes more incumbent on the job seeker.”

For recent journalism graduates trying to network in the age of COVID, Bennett said the use of platforms like LinkedIn is vital to make professional connections.

“I think it’s really incumbent that you have a good LinkedIn profile and that you connect with as many people as you can who are focused on your industry,” Bennett said. “But the other thing that’s really important for a job seeker is to know who they’re talking to, what they’re talking to them about, what their company’s values are.”

The frequency of follow-up can also play a factor in a candidate’s networking success, according to Olivas.

“What I urge job seekers to do is, if you get a chance to interact with somebody who’s a hiring manager, ask them how comfortable they are with the frequency that you reach out to them. Are they okay with you doing that once a week, once a month? You know, what are they okay with? And then when they answer, the mystery is gone. You don’t have to worry about pestering them. They’re letting you know.”

The importance of networking is not always just job-seeking, according to Plazas, but also finding mentorship within the journalism world.

“Finding those mentors, it could be through contacts in college, even through word of mouth and volunteering for opportunities,” Plazas said. “I’ve been in the industry for over 20 years now, but I still believe that I need to be mentored. People can feel isolated. Oftentimes it’s not so much about having the job, because typically [young journalists] have the technical skills. But oftentimes, they don’t know how to navigate the systems, like asking for a pay raise or dealing with a difficult colleague. And so those kinds of things are really important, because mentorship is not just about saying ‘What’s your next step in your career?’. It’s also about, ‘How are you navigating? Are you in the right place at the right time?’”

Previous story
A pandemic timeline of Arizona and the Navajo Nation
Next story
Reporting skill alone ‘is not enough:’ Journalists stress the importance of safety on the job
The SPJ News