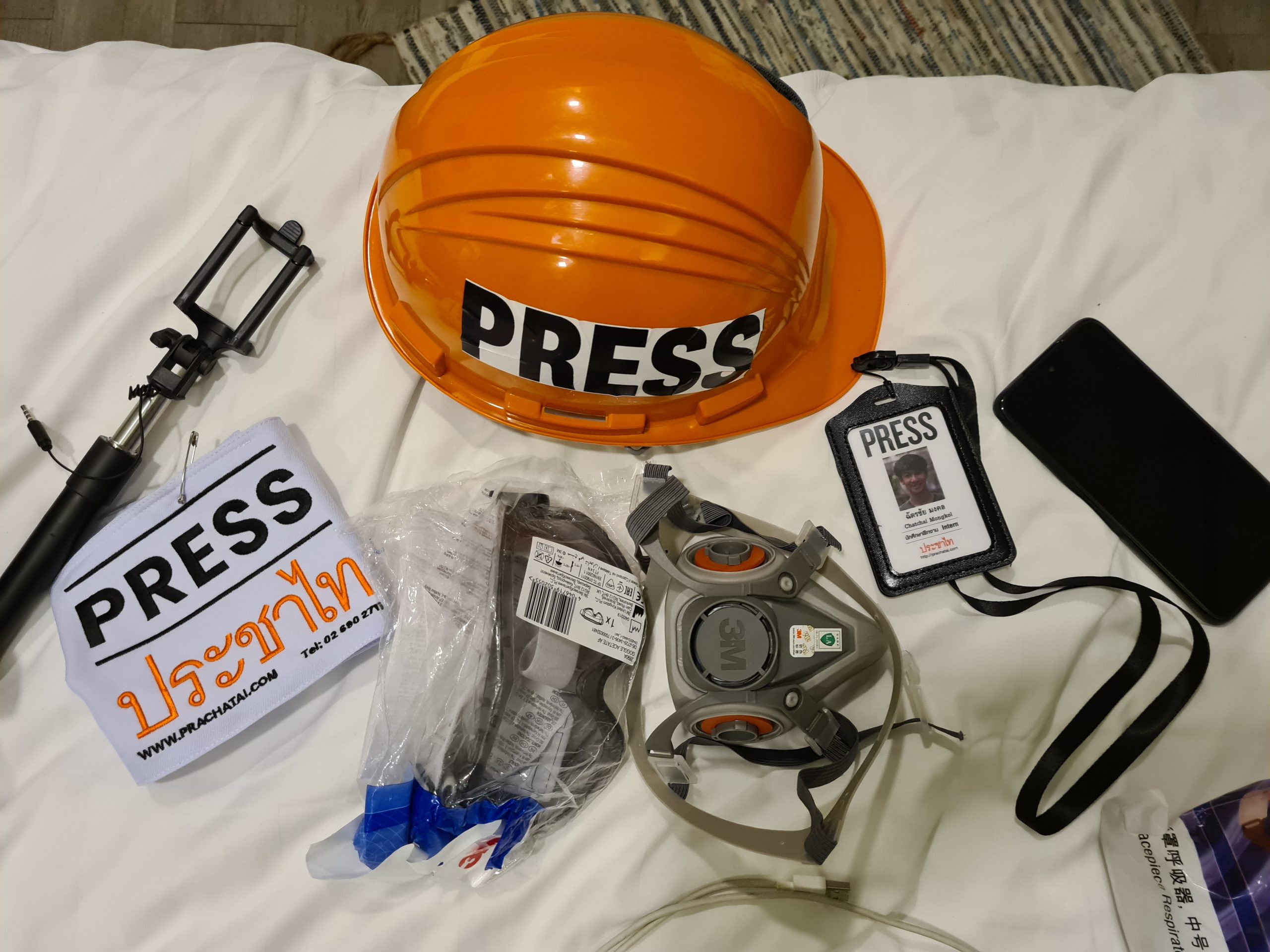 Reporting skill alone ‘is not enough:’ Journalists stress the importance of safety on the job

Amid the changing reporting landscape, first responder-turned-photojournalist Chris Post and foreign correspondent-turned-professor Moni Basu said safety training in newsrooms is vital while sharing advice for press members to de-escalate and predict unexpected situations waiting for them.

With over 30 years of experience covering the Iraq War from its beginning, University of Florida journalism lecturer and former CNN International journalist Basu said she faced challenges in terms of safety every time, even when she went on the field with military members.

She never had any hostile environment training, instead figuring everything out on the job, but she realized after that it’s important.

“It’s not enough to teach them reporting skills,” Basu said. “There’s no point in you going there if you can’t get the story back to your newsroom, or if you yourself, God forbid, become the story because you would put yourself in danger and have become some sort of victim in the problem.”

As a former first responder and current photojournalist at Pennsylvania’s WFMZ, Post said learning to be safe won’t only help journalists survive, but it would also help them make smarter decisions.

Basu explained that most newsrooms would think that those sessions are only for journalists who are preparing to go out in war zones. However, that is not the case.

Attacks against members of the press have seen an increase in the past years with a peak in 2020 following the murder of George Floyd that led to national and international protests helmed by the “Black Lives Matter” movement. Assaults on journalists went up 1,177% in 2020, according to the United States Press Freedom Tracker. Arrests and charges against reporters also went up 1,478%.

“Of course we saw what happened last January at the Capitol,” Basu said. “I mean, who would have thought that our nation’s capital would come under siege like that, and these are reporters who are White House reporters, Washington reporters who normally cover politics.”

She said they were in the middle of a “war zone” on that day and that what was deemed safe is not safe anymore.

When encountering situations with hostile crowds, Post recommended using verbal de-escalation techniques, having good situational awareness and understanding of the event and doing risk assessment with their team.

“There’s a lot of variables with that, but the root of it is understanding what you’re getting into doing a threat assessment looking at what the groups have done,” Post said. “[Do] a little Google search. Have they been problematic? Have they done other things in other areas that potentially cause problems to members of the media?”

Basu added that when she did her reporting in Iraq, she filled out an assessment form of potential dangers to become prepared for the assignment.

“Because once you’re in the middle of the mayhem, it’s too late to come up with a plan,” Basu said.

Another thing Basu recommended was to keep a channel of communication with the newsroom. She said when she was a CNN correspondent, she had a GPS tracker on her at all times and she had to check in with her editors in Atlanta, Georgia, hourly.

Basu went on to talk about her experience at CNN in 2014 when she covered the unrest in Ferguson, Missouri. Having a gas mask made it possible for her to stay and report on the story at the spot where demonstrators and police clashed, she said. However, her risk assessment wasn’t complete.

“We had gas masks but we didn’t have helmets and [CNN colleague] Sara Sidner got hit with a projectile [and] a bottle,” Basu said. “It really hurt and this was something that we later talked about. We didn’t think about the possibility of things hitting our head.”

In the end, both Basu and Post said it comes down to journalists themselves to assess the situation and prepare protective gear accordingly.

Another issue that Post and Basu raised during the panel was safety for women and journalists of color.  Basu said it’s important for the newsroom to discuss different challenges these reporters might face before sending them out in the field.

Recalling the Arab Spring protests several years ago, Basu remembered seeing stories of how female journalists were sexually assaulted while doing their assignment. She said there was a lot of discussions after the story broke about how it felt to be women in the middle of an angry mob.

“I was glad that I was not covering [the Arab Spring protests] for that reason alone,” Basu said.

Basu’s sympathy for female journalists came from her own experience. While living as a woman in India, Basu said she’s scared to get on a crowded public bus because she would be groped by men without being able to defend herself.

While safety is essential, those voices also need to be heard. In the past year amid the Black Lives Matter movement, there have been conversations and debates whether or not journalists of color should be able to join those demonstrations.

“I think that when you are covering stories like that and you are a journalist of color, I don’t think it’s fair to say that you have to remain neutral when you’re talking about stories that get to your very identity to the very essence of who I am as a woman of color in America,” Basu said.