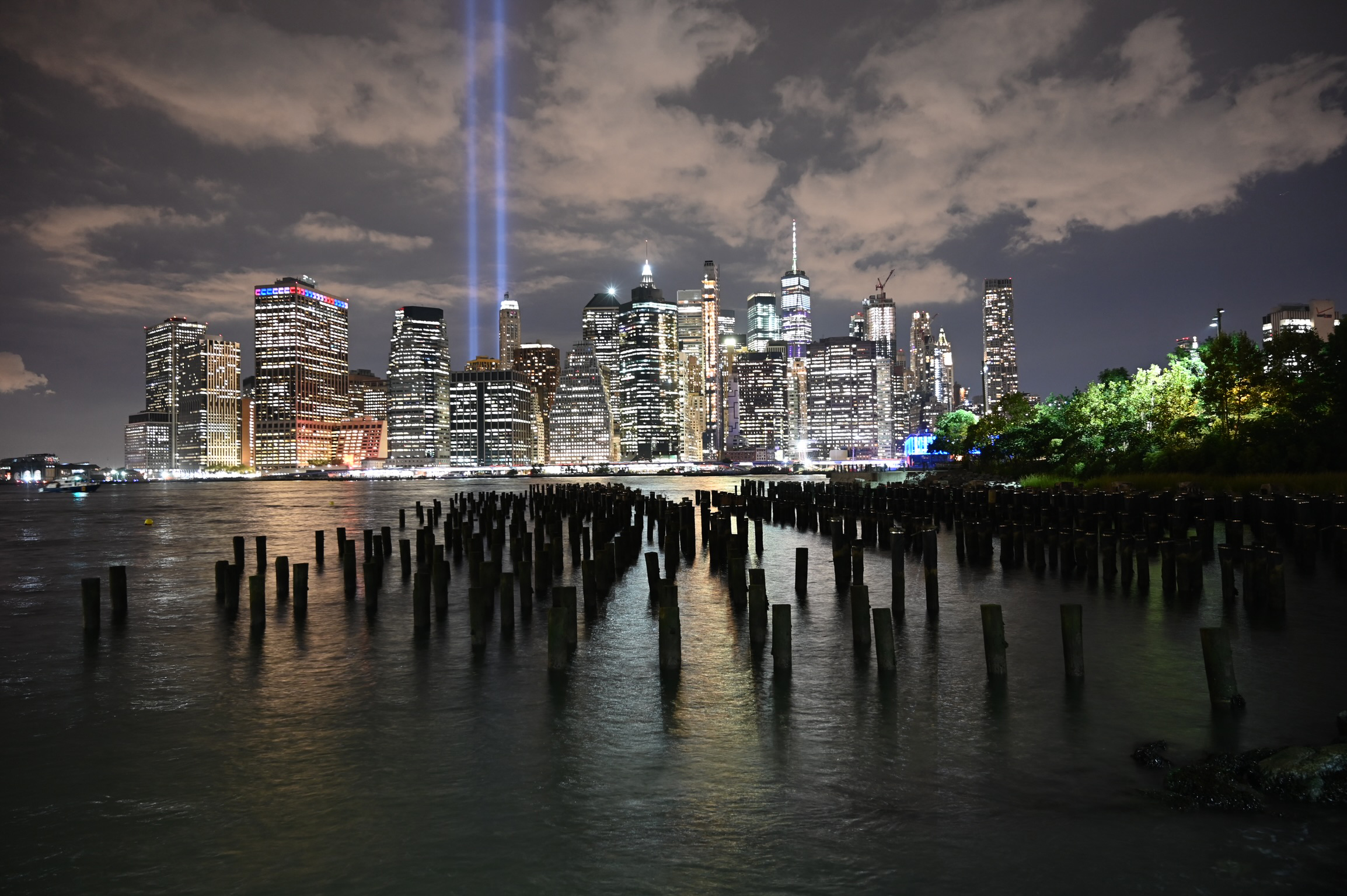 Nearly 20 years ago, one of the most horrific attacks on America was committed and claimed the lives of nearly 3,000 innocent individuals.

Sept. 11, 2001 is remembered as a day that changed America as we knew it forever.

The memories of that fateful day are different for everyone involved, but the lasting trauma and sadness is something that many experience.

For years, journalists have worked to commemorate the lives lost and impacted through their hard work, insight, and bravery. 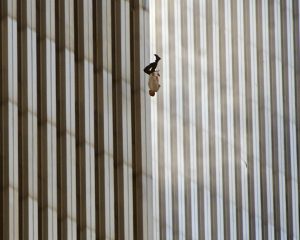 Drew was initially covering a maternity fashion show in Bryant Park at 42nd St. and 6th Ave in New York, when another news channel camera man standing near him received the news that a plane had hit the World Trade Center.

Drew was told to leave the fashion show and to head toward the scene and would soon see that now both towers were on fire.

“I was standing between an EMT and a NYC police officer and, all of a sudden, the EMT says ‘Oh my God, look at this. There are people coming down from the building.’

Some of those who were stuck in the building had made the decision to jump. The man seen jumping from the tower in “The Falling Man” photograph remains unidentified to this day.

The work of journalists to capture this devastating history nearly cost them their lives.

David Handschuh, an award-winning photojournalist, writer and videographer is also amongst those journalists who put their lives on the line to capture 9/11 as it was taking place.

On the morning of 9/11, Handschuh was preparing to teach a graduate-level class at NYU. He was on his way to teach, when his police/fire radio in his car had started screaming that a plane had hit the World Trade Center and that it was on fire.

He began to hear sirens and saw flashing lights in his review mirror, as he also noticed a Rescue 1 truck coming southbound in the northbound lane of traffic.

“I hopped over the center divider…and hooked right on to their rear bumper…We’re hurdling down West St. the wrong way, I’m right on their rear bumper as the firefighters and Rescue 1 are pulling tools out and putting on air tanks,” said Handschuh. “I had absolutely no idea at that moment that what I thought was an accident, the plane crashing into the building…I had absolutely no idea that both towers would come down and that all 11 firefighters on the rescue that morning would die and that the world would be changed forever.” 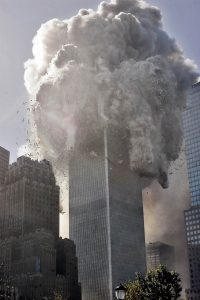 quiet. He heard the second plane hitting the South Tower and immediately pulled his camera to his eye.

“I was standing in front of the South Tower when the building came down,” he said. “I was picked up and tossed. I was buried alive. I had lost my glasses. I had lost my phone, but I had managed to hold onto two cameras that were around my neck, each holding around 100 images, pixels, of what had happened within the first hour or so at the World Trade Center.”

Handschuh wasn’t sure if he was going to make it out alive.

“I was buried alive by the collapse of the South Tower,” he said. “I really thought I was going to die face-first in the streets of New York City. I finally cleared the debris from my mouth and my nose and started calling for help.”

A team of fighter fighters dug him out of the debris and then three other rescuers moved him to safety where he later received medical attention.

The photographs taken on the tragic day of 9/11 are a vital part of our nation’s history and it took an immense amount of bravery and passion to retrieve them.

Previous story
Journalists Should Advocate for the First Amendment
Next story
Fake News, Misinformation and Disinformation after Trump
The SPJ News