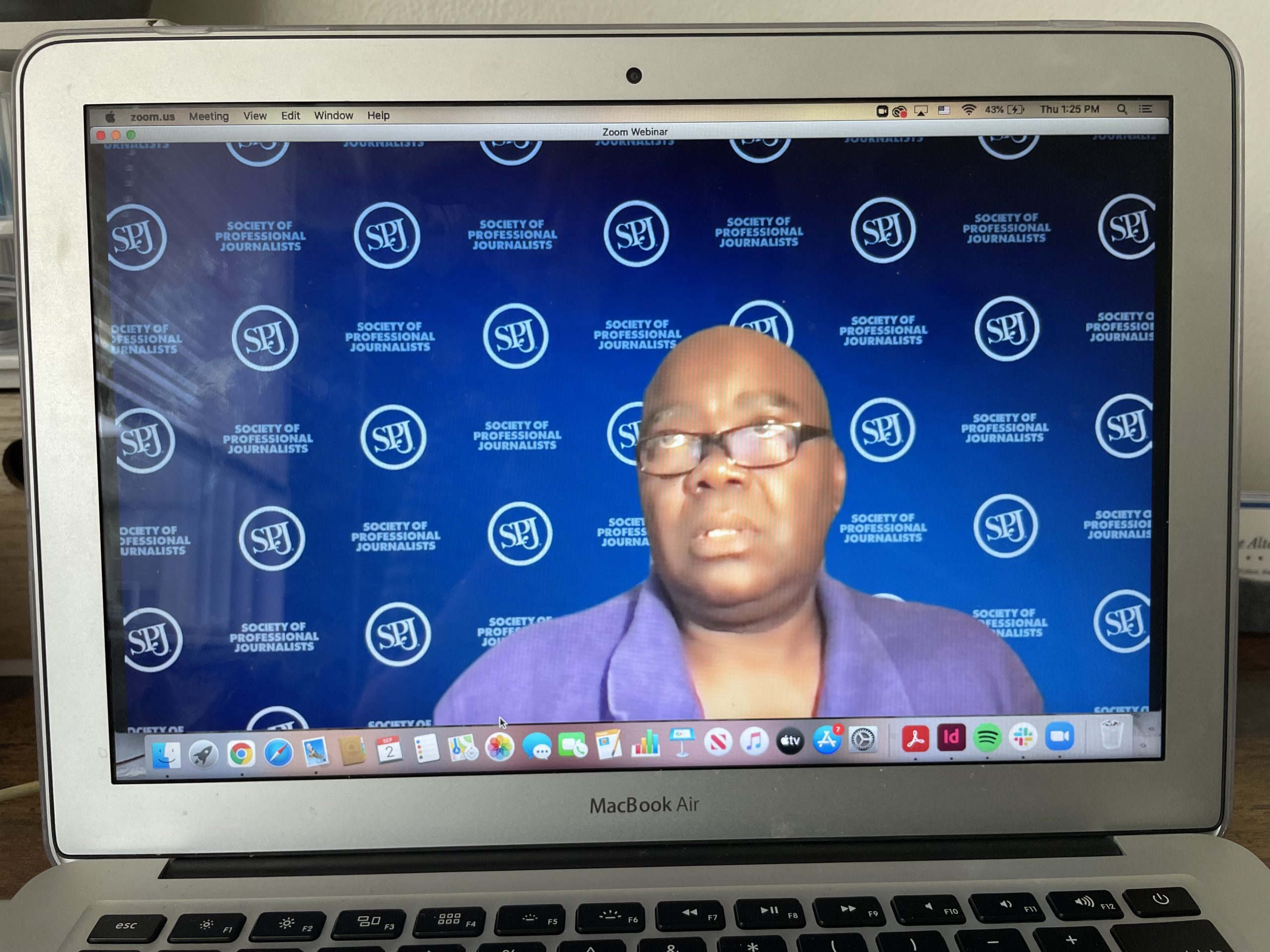 ‘We need to be honest about how these things affect us’: Learning why–and how–journalists invest in their mental health

Natural disasters, death, mass shootings and similar catastrophic events can cause depression and anxiety in anyone, but what toll does your mental health take when your day-to-day job is to report on events like these?

In an SPJ 2021 Journalism Conference breakout session Sept. 2, panelists Jerry McCormick, an SPJ board member who has worked in both broadcast and print journalism, and Dr. Tammy McCoy, a former journalist who now works as a clinical forensic psychologist, discussed how mental health issues specifically impact those in the journalism field.

McCoy said the pandemic has only exacerbated mental health issues among journalists.

“It’s not just the pandemic, it’s not just one thing, everything in life is pretty overwhelming for everyone right now,” McCoy said. “We need to make time for ourselves and our self care. We need time to relax, to decompress, to focus on how we are doing.”

Much of the professional world moved to virtual platforms such as Zoom during the pandemic, leading to feelings of isolation, McCoy said.

“I think the challenge with all of us during this is reaching out,” McCoy said. “I think social isolation has really increased a lot of our anxiety and depression. Be smart, be safe, but don’t deprive yourself of that connection. We have to take advantage of those relationships.”

This lines up with the findings of a 2020 survey conducted by Reuters, in which 70% of journalists surveyed showed at least some levels of psychological distress, 26% showed clinically significant levels of anxiety and 11% displayed symptoms of post-traumatic stress disorder. McCoy said post-traumatic stress type symptoms are on the rise with journalists in part due to the content they cover.

“You’re sitting there watching someone die or you’re showing up to a mass shooting, you need to give yourself time to process that as a human being,” McCoy said. “We need to be honest about how these things affect us. The things that we see, whether they’re happening to us or not, absolutely affect us.”

These things include not just the news that journalists cover professionally, but also the news that they stay tuned into at home. Checking the news frequently outside of work can contribute to depression and anxiety, according to McCoy.

“If we’re finding we’re not engaged in healthy relationships with people we care about, if our whole life is just work, it’s just a hamster wheel,” McCoy said. “That’s just as much of an addiction as anything else. Journalism is a drug. When done right, journalism is intoxicating. It’s exciting, you feel like you’re changing the world. And you are. But there’s got to be life, not just work.”

McCoy said that the content of the news and a large workload can often lead to burnout, which affects journalists in both their personal and professional lives.

“I call it a case of the ‘f***-its,’” McCoy said. “You stop doing the things that are enjoyable, you start resenting your boss, you start looking at people like objects instead of people, you stop having compassion and empathy which is such a big part of the work journalists do. And burnout comes in phases. You don’t just wake up one day and you’re burnt out, you notice it over time. A lot of the time with journalists, it’s anger, it’s resentment, it’s ‘I am superior to the world.’”

McCormick experienced this firsthand when he was diagnosed with depression after taking on a new job.

“Seven years later, looking back at it, I realized maybe I wasn’t the most qualified person for that job,” McCormick said. “But I kept trying to give give give, prove prove prove, and until I just gave everything and I had nothing left. I lost confidence in my management and I began to lose confidence in myself and I left. I had to make the choice to choose me over anything else.”

McCormick encourages journalists struggling with mental health issues or feeling burnt out to step back and prioritize their own wellbeing first.

“There are 24 hours in the day. You cannot give away what you don’t have,” McCormick said. “You have the right to say ‘no’, or ‘I can’t get to that right now’. At the end of the day, you need to take care of yourself and prioritize yourself.”

McCoy had a similar realization in her professional life, and said that journalists need to understand the impact that their work has on their own mental health and not fear reaching out for help.

“I had my own difficulties with mental health [when] I covered three or four rape or child molestation trials back to back within a few months,” McCoy said. “I realized ‘I don’t want to live like this’ and I got some counseling…You have to navigate that discomfort and that control in order to say, ‘I want a better life for myself.’”