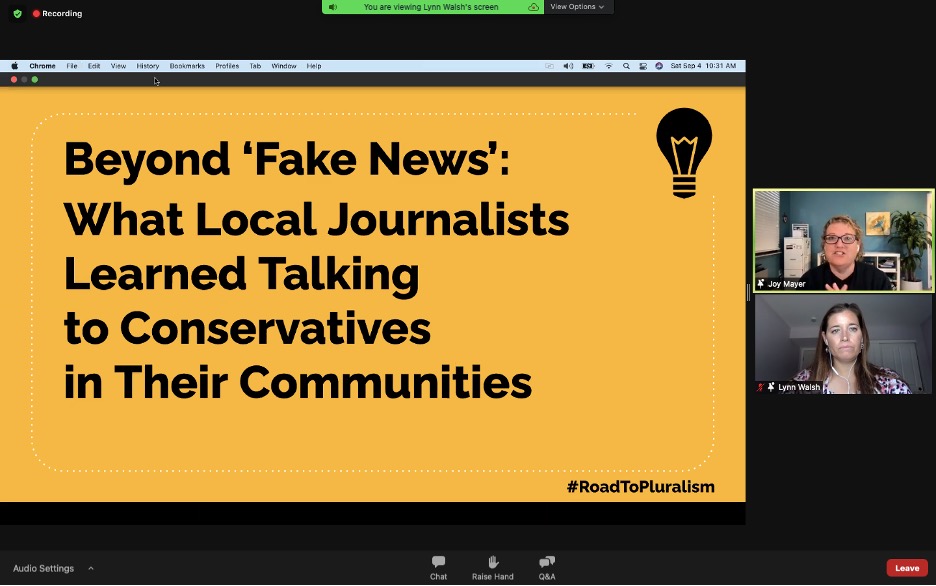 Connecting with Conservatives for Local Journalists

A newspaper’s readers recently complained about a pride-themed crossword puzzle, Joy Mayer, founder of the Trusting News said at the ‘Beyond “Fake News” session. The readers felt the paper was trying to push a social justice agenda.

“We are collecting examples like this, on how very simple things feed the perception of a disconnect between the audience and the journalist,” Mayer said.

These conservative concerns are not always obvious or have simple answers, Mayer said. At the session, hosted by her and assistant director Lynn Walsh, they discussed their findings from a project with Trusting News, the Center for Media Engagement, and 27 local newsrooms.

They surveyed 3,467 people who self-identified as conservative or right-leaning, interviewed 91 participants, and focused on the below five themes:

Republicans’ trust in the news has been declining over time, in 2020 only 10% said they greatly trusted the media, a Gallup poll reported. For this project, the interviews revealed that conservatives trust local news more than national news but hold local news accountable for the national news coverage, Mayer said.

“National news drives distrust in the media far more than local news, it was surprising and frustrating to hear. 95% of what I do is local, but the syndicated copy and columns are what is driving distrust. That was something that recurred through all three interviews that did,” Mark Rosenberg, Victoria Advocate a participating newsroom wrote.

While one newsroom was concerned about the impact of national news, another worried if they were turning people off by their coverage, Walsh said.

When it comes to covering conservative issues, Walsh said newsrooms should ask if using catch-all phrases, lumping people together and oversimplifying things can lead to generalizing. Journalists should also wonder if they are contributing to stereotyping a group of people who want to be viewed as more complex.

The survey also asked the newsrooms, to ask how often they are gravitating towards using sources with dramatic and extreme views that can be polarizing. This can also come from journalists focusing on language instead of the actual issue.

“I see it a lot in political reporting, everything is a ‘fight’ it’s a ‘battle,” Walsh said.

Conservative news consumers often want news that is just facts or includes both side’s perspectives, Walsh said. This unfair perception can be impacted by word choice, headlines, sourcing, and news consumers not being able to tell between news and opinion.

The survey revealed that some newsrooms can be inconsistent with their choices. An example, Walsh shared was an article naming a republican lawmakers political party but not a democrats.

“When they saw that, that was a red flag for them for bias,” Walsh said. 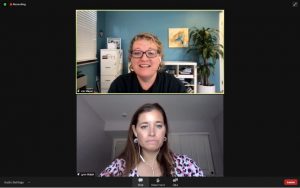 Bias in the newsroom was the trickiest of the themes for journalists, Mayer said. This has to do with creating a newsroom with people who see the world in different ways, including age, background, and political views.

Mayer said it is important to think about what diversity is there to achieve. That having different political views, like a conservative perspective could make coverage fairer for certain news consumers.

“What does it mean to hold each other accountable for potential blind spots we might have?” Mayer said.

Both the participants and the journalists of this project found it valuable to sit and talk about how they view the news, Mayer said. Many of the people interviewed, said they trusted the journalists interviewing them more because they wanted to hear what they had to say.

“I really enjoyed the conversations. They were far more pleasant than I thought they would be. And they were very heartening, honestly. They made me more hopeful than I had been previously,” Madeleine Leroux Jefferson City News Tribune, a participating newsroom wrote.