How to be an All-Star Pitcher

Pitching is a crucial skill all journalists must hone and strengthen. The pitching process sets reporters up to share important stories and keep an eye out for gaps in current coverage.

Susan Valot, a member of the SPJ Freelance Board, moderated a pitching-focused session at the organization’s 2021 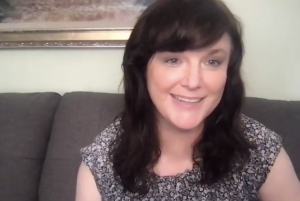 Valot asked two magazine experts to offer advice and critiques to conference attendees’ pitches that were prepared in advance.

Jim Benning is the editor-in-chief of AAA Explorer Magazine and the travel editor of Westways magazine.

“I would say for a writer trying to get into travel magazines, not to pitch an international piece,” he said. “The best way to break in is short, regional pieces.”

Benning stresses the need for an angle, as opposed to pitching a vague topic or location, using the example of reporters offering to do a piece about going to France.

“That’s not really a story pitch,” he said “We’re looking for an angle and it’s not enough to go some place and ask if we want a story.”

Timeliness is another key factor for strong pitches, according to the travel editor, saying there should include a timely reason to publish it.

“I often look for a line or two of ‘why now,’ meaning why are we writing about this now,” he said.

Benning also recommends not telling editors that other publications shot down a pitch, saying journalists should “make them think they’re the first ones seeing it.”

Fontenot recommends pitching specifically to the publication’s needs and coverage, saying it shows a journalist is well-versed with the newsroom’s focus.

She advises selling themselves as a journalist while selling their pitch, adding that journalists should “provide why you’re a great person to tell it” along with clear angles.

“Specifics are everything,” she said. “And sometimes writers have a specific story in mind, but they don’t relay it along.”

Fontenot advocated for including the potential length of the article a journalist is pitching if possible, but said it likely will be up to the publication when it is time to print.

“We more often than not dictate the length based on our space,” she said. “But it’s good to know what the writer has in mind.”

Fontenot suggested writing short sample pieces if a reporter has not published an article before, saying it demonstrates that someone has the writing skills necessary for a publication to approve their pitch.

“We would love to support new journalists,” she said. “If you haven’t been able to get an assignment… I would say find a quick story and write something and have that as your sample.”

As Fontenot and Bennings explained, pitches can make the difference between getting a story assignment and not. Strengthening the pitching process can only help the success of individual journalists.