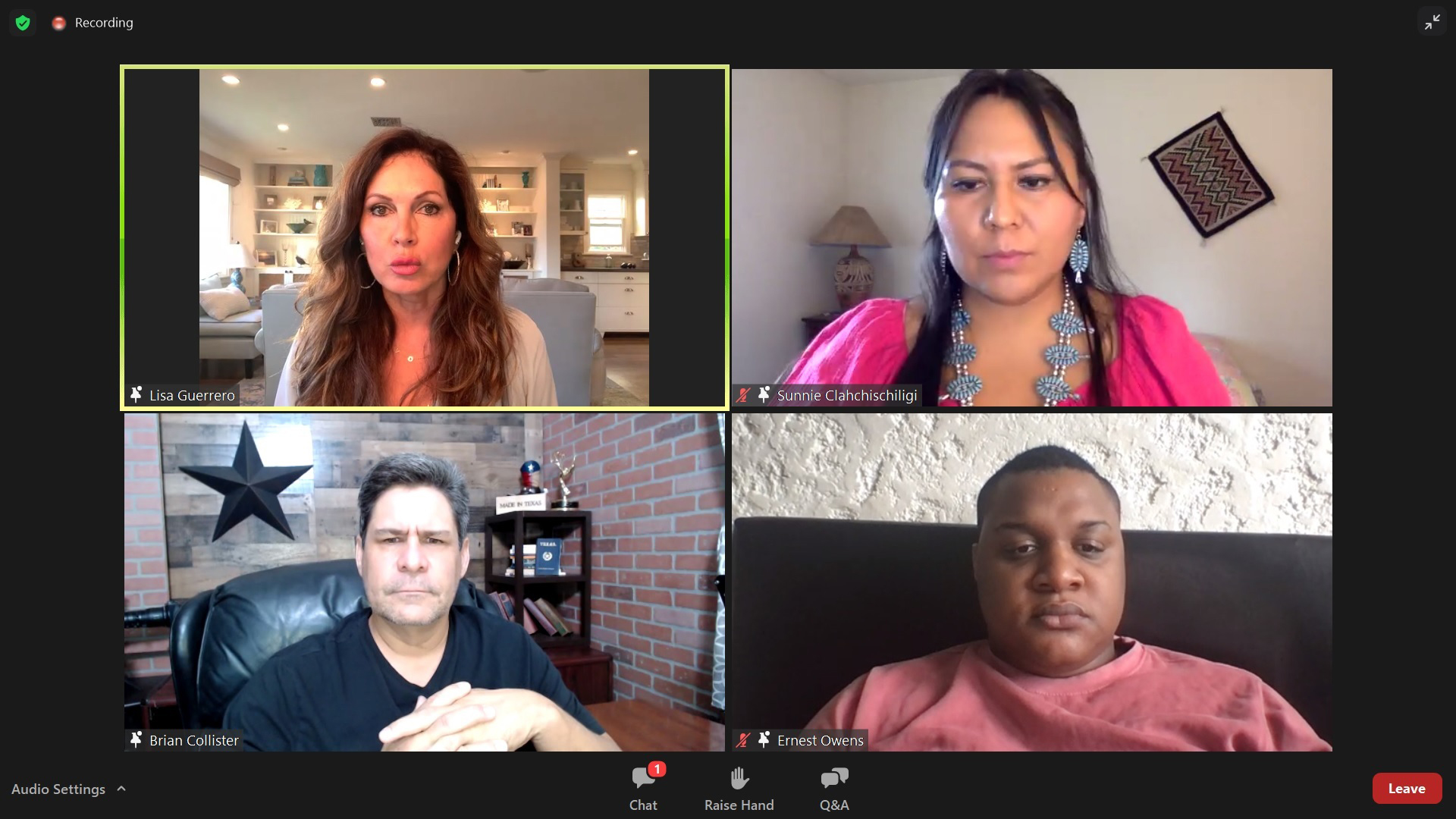 Stories from tipsters, personal curiosity and relationships with communities — these are things that led journalists to produce investigative, long-form works that bring about changes and impacts.

Most journalists who entered the investigative side of journalism are the ones who think it’s not enough to feed the beast through general assignment, said Brian Collister, founder of the Investigative Network.

“You’re driven to do these types of stories and that means nights, weekends, staying late at work, working through the lunch hour or whatever it might be and then taking that and showing it to your supervisor and saying ‘look, I can be entrusted with this type of work,’” Collister said.

Getting taxpayers’ money back

After the story broke, Lamb paid back the network’s entire loan to the government, with interest.

“I’m sure when that PPP money went out, you were probably interested as we were about who got the money and we started to drill down,” Guerrero said.

Guerrero was interested in religious networks because they are tax-exempt and found out that Lamb’s Daystar TV received $3.9 million, so she started to question how the network spent that money.

From working with tips from watchdog groups, Guerrero was able to identify that the network used the fund for a private jet within a couple of weeks.

“We requested some documents from the [Federal Aviation Administration] to find out how much that jet cost [and] when exactly that sale went through,” Guerrero said. “We also requested documents from their bank to see when they got the loan money, and then when they got the jet and we kind of put that puzzle together to discover that within days of getting this money, they bought the jet.”

After unsuccessful attempts to get an interview with Lamb, Guerrero decided to look up his schedule, identify his cars and waited for his arrival for an impromptu interview. Lamb denied using the PPP money on the jet, saying the church used its own funds.

Bringing help to the Indigenous community

As a Navajo woman, Searchlight New Mexico journalist Sunnie Clahchischiligi decided to report on her community by herself after seeing and hearing that national coverage on Navajo Nation “wasn’t fair.”

Her non-traditional, first-person investigative work “Navajo elders: Alone, without food, in despair” shed light on hunger and neglect problems in the tribe during the COVID-19 pandemic after over three months of work in progress.

While other journalists might begin their investigation from tipsters, she said she relied on her circles, her parents and family members a lot in order to know what’s happening in the community.

After finding out that a local senior center needed help with cooking and driving, Clahchischiligi made a call and talked to the people at the center without putting on a journalist hat.

“I didn’t even say I wanted to do a story,” Clahchischiligi said. “I was just curious to know what the situation was and let her talk about it. And I think that was a big step because it established that trust in that relationship early on with her because she could have easily said no.”

From building connections, the locals were happy to take Clahchischiligi around to meet with other sources, take photographs and eventually discover problems that other news media overlooked.

Although the narrative among the authoritative figures in the community was that they were trying to keep the Navajo older adults safe by using them to convince people to take precautions against the pandemic, Clashchischiligi said that was not the case.

“A lot of [leaders] were not thinking about how to make sure that these people, who most of them didn’t speak English, were getting the necessities that they needed,” Clahchischiligi said. “Yet, the Navajo Nation president would go on CNN and say ‘oh, we’re doing this to keep our elders safe.’”

After the story broke, a foundation in New Mexico set up a donation site that later raised over $10,000 for the Navajo Nation to buy supplies for the elder community.

When it comes to an appropriate way to cover the story considering Clahchischiligi was a part of the community, she said this was an “unconventional” and a “unique” situation.

“When you’re in a position like mine and you are working within your own community, those kinds of ethics change a little bit,” Clahchischiligi said.

Covering what other media don’t report

During a trial of a poor Black man who was charged with the murder of a rich white man, while other news outlets assumed how this case will turn out, Philadelphia Magazine Editor at Large Ernest Owens was able to go behind the scene and report on how this trial was different from other poor-Black-against-wealthy-white trials.

Owens’s long-form article “Inside a Murder Trial in Krasner-Era Philadelphia” offered details of the cases, which he said was something other media outlets failed to look at.

“The way that the media had initially covered this story, it was very much heavily predicting that this guy was going to get a fair shake,” Owens said. “They really focused on the class and dynamics of it all.”

The biggest thing Owens emphasized was building relationships with sources. It started with Owens attempting to establish a relationship with defendant Michael White, who didn’t want to talk to the press. He worked through White’s connections, observed him and reached out to him.

He was able to get in contact with the public defender who defended White, and he was allowed to follow the whole case.

“Eventually, just consistently building that relationship, just following the trial, there was a point where I realized there is a story here that’s not being told,” Owens said. “And I was able to get them on the record and was able to really cover this extensively.”

Owens recommended reporters who want to do investigative work take time to listen to what other people are saying, think about what isn’t already there and not to determine any angle to the story before interviewing people involved.

Previous story
Investigative podcast “Why Don’t We Know” hopes to inspire journalists to seek hidden, uncollected data
Next story
How to be an All-Star Pitcher
The SPJ News