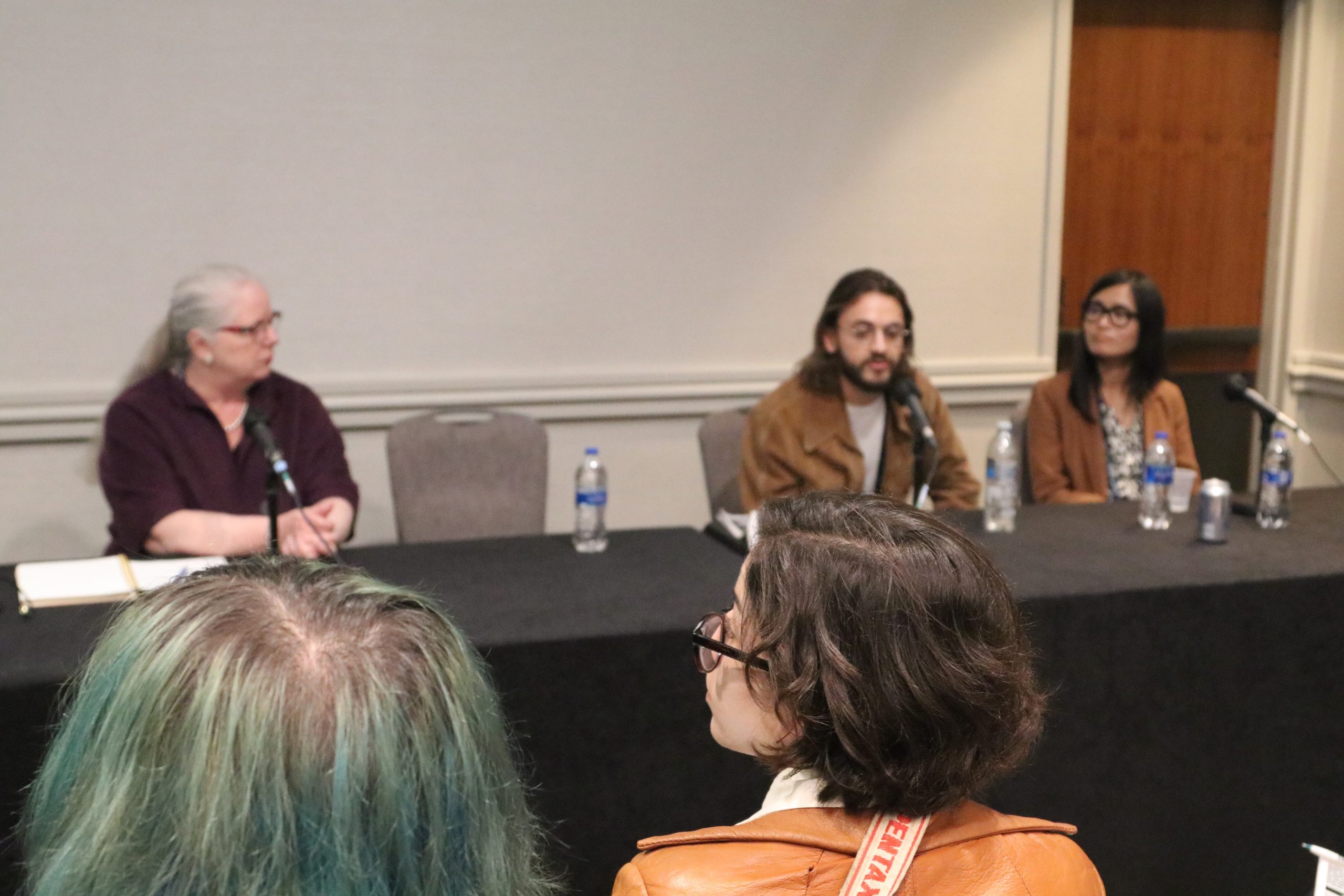 A panel of digital journalists discussed how they went about bringing a fatal tragedy to life– and how it continues to be a model for accessibility in journalism.

On January 9th, 2022, an apartment fire in the Bronx killed 17 people – leaving the nation wondering what caused it and if their apartment building was as safe as they thought.

This team went inside to answer these questions, eventually uncovering how the fire could have been prevented. Their aim was to craft a 3D model to detail their findings, but they discovered how to do it in a way that appealed to a modern audience. That is, an audience accustomed to social media.

The immersive graphic was widely received by audiences, and the panelists came to tell listeners how they achieved this level of interaction and connection with their model. 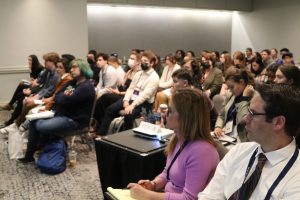 Scrollability was a tool the team used to make the graphic as accessible as possible. Weiyi Cai was a multimedia and graphics editor for the project. She talked about why the team decided to make the infographic scrollable, saying that “scrolling feels very natural to people” and it “leads people through this story step by step.”

Scrolling helped the infographic avoid being choppy. Scrollability helped the designers avoid having separate things for people to click on, which would increase the chance that viewers will disengage. Panelist Evan Grothjan said that anything that decreases the chance for viewers to experience things “is a no.”

The entirely scrollable format gives people the ability to experience the most out of the infographic with the least amount of effort. Panelist Cai discussed this further, saying “people don’t have to…..read paragraphs after paragraphs to like find out more. So it’s like, very visual. It’s also quick and easy to digest.”

With all visually interactive projects, there are boundaries to what people can and cannot digest. The panelists explained the careful line they had to walk between using engaging visuals without overstimulating their viewers. They ended up designing the infographic so as to not flip between opposite parts of the building with each scroll. Instead, each scroll moves the viewer slowly through and around the building with small adjustments. This prevented viewers from getting visual whiplash and not staying engaged with the graphic.

These methods combined to make an interactive visual that details readers through the tragedy in a modern and reachable way. And the impact of this design stretches beyond the world of investigative journalism.

The panelists discussed how some fire departments in New York City have been using this 3D graphic as part of their training process. They show it to their incoming firefighters as a way to prep them for handling complex apartment fires, which will hopefully prevent any future tragedies from taking as many lives as the Bronx apartment fire did.

When asked if she thinks graphics like these are the future of investigative journalism, the panelists were hopeful. Panelist Cai said, “it’s hard to predict the future. But I do think this will continue to play a big role in the body of work we do.”