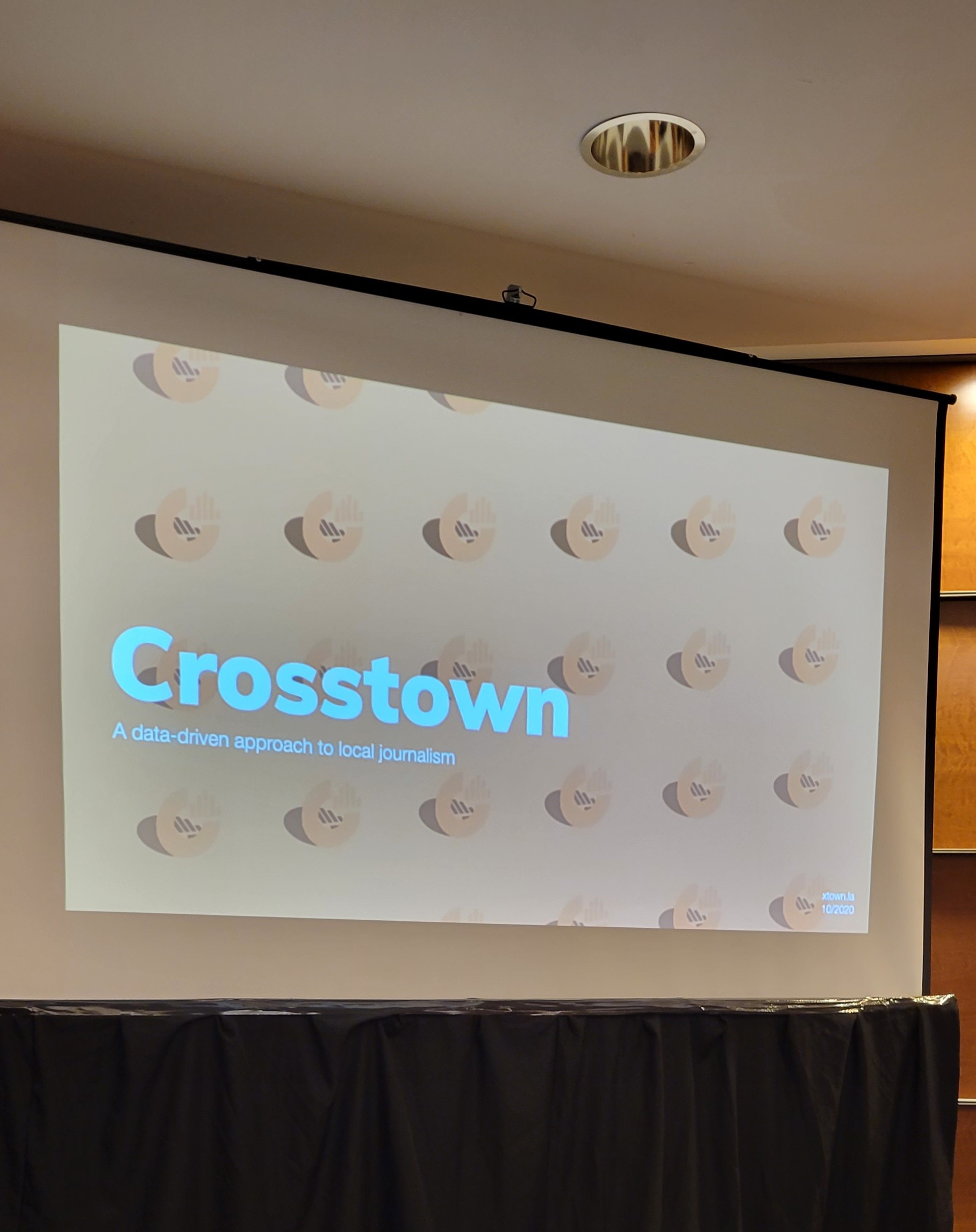 Nonprofit says their data tool could save local journalism

Journalists can now examine data in a new way with the help of a tool from the University of Southern California’s Annenberg School for Communication and Journalism.

Crosstown is a non-profit news organization that uses a data processing tool to offer news on a hyper-local level.

“That’s the problem that we sort of set out to address, which is kind of how do we reinvigorate local news, not simply by increasing the revenue … how can we bring down the costs of producing local news? We decided to do it with data,” Gabriel Kahn, professor of journalism at USC and Editor of Crosstown, said.

Kahn said Crosstown found local news focuses on topics such as public safety, education, traffic and local government. Many cities have large databases with information about city matters such as building permits and arrests. While these data sets are publicly available, Kahn said they are often not easily accessible. Crosstown’s system compiles raw data and then synthesizes it to make it easier for journalists to report on it. Kahn said it’s as easy as a Google search.

“By making it so easy to ask questions of the data, we made it so much easier for reporters to do their job. And in so doing, what I hope we’re doing is also bringing down the costs of reporting in that,” Kahn said.

Crosstown offers weekly newsletters to all 110 neighborhoods in Los Angeles filled with data-driven stories about their specific neighborhood. Kahn said that they’ve seen newsletter open rates of over 80 percent and he views that as a prime way to pitch to advertisers.

“Would you like to advertise just in these neighborhoods, but not in these? A local restaurant or a business that is in proximity to some people, but not others, can target that. Previously, that type of ad targeting has only been the province of Facebook and Google and the others. We’re hoping that we can give some of that power back to the local newsroom as well,” Kahn said.

This hyper-local data can be used for activism within a city. For example, if a group of traffic activists wants to add a stoplight to an intersection they can use the local data to prove that the intersection has more accidents than other surrounding intersections.

“When we give people that hyper-local data, one thing that is really incredible is that it acts like grease for the squeaky wheel,” Kahn said.

Crosstown has already been put into practice in several newsrooms around the country, such as WRAL in Raleigh, NC. WRAL has used Crosstown’s system to answer questions such as “Where in Raleigh is your car most likely to be stolen?”

“The program that they’ve created allows you to do that so quickly, not just stats like when are you most likely to have your car stolen? But in what block of Raleigh are the most cars stolen? So you’re really able to zoom down and give context,” Ashley Talley, Enterprise Executive Producer at WRAL-News said.

WRAL reported on a story about the number of assaults in Raleigh after the District Attorney created a task force solely focused on assaults. Talley said that a story like that would normally be a 20-second video with information from a press release that would air on the news.

“With Crosstown we were able to really look at how often assaults are happening, where they’re happening and if this unit was focusing on the right places, or if assaults in the city of Raleigh are at a five-year high,” Talley said.

Crosstown is hoping that its partnership with WRAL will open a path to partnering with more news organizations across the country.

“One of the reasons why we wanted to collaborate with WRAL is to show that, you know, if we can do this in other cities, we can do it in how many 80, 150,” Kahn said. “And in so doing, we can create, I think a real opportunity, particularly for local news organizations.”

Previous story
“Building a Pipeline from the Classroom to the Newsroom”: What is NBCU Academy and How Can I Participate?
Next story
How to Restore Public Trust in the News
The SPJ News