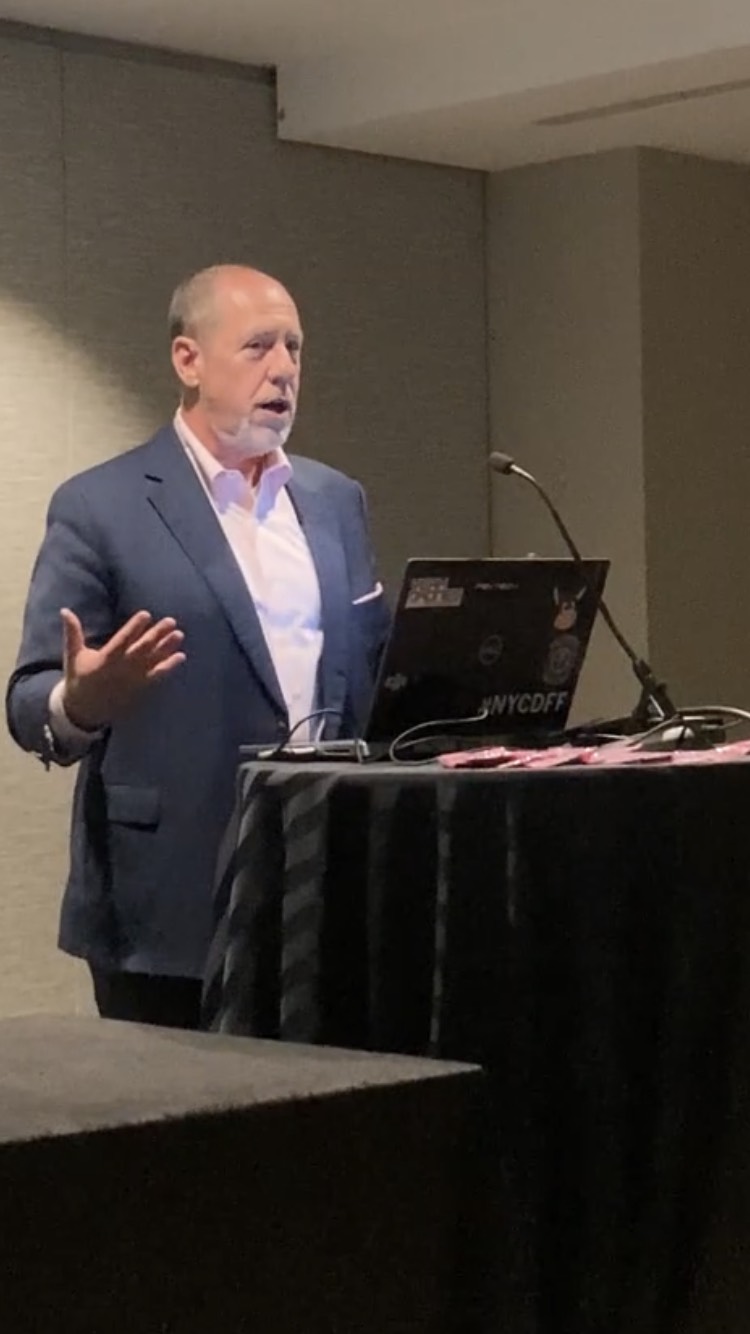 Up in the Air: Using Drones to Cover News

The pair discussed rules and permitting requirements around drone use, how to become trained in the use of drones, legal implications of using drone footage, and the progression of drone usage.

Agvent is Senior Director of the CNN Aerial Imagery & Reporting unit, CNN Air. Agvent has led CNN’s unmanned aerial systems program since its initiation in 2013. He has overseen the development of all facets of CNN’s aerial operations, including training, safety management systems, operations, risk management and expansion.

“It’s not hard, it just takes a little bit of prep work, Agvent said. “It is going to expose you to new ideas and roles you play in the natural airspace.”

Agvent and Tobin’s main point of the panel surrounded the topic of the “Three Rs in Aerial Newsgathering and Production”. The Rs includes the reward, risk, and the regulation of aerial newsgathering.

As far as progression with drone journalism, there have been some changes within rules but not a complete overhaul.

In 2016, restrictions on where drones can be flown were within visual line of sight, under 400 feet, and at or below 100 mph speed. As of 2022, these restrictions still apply mostly because of safety concerns.

A key restriction that has progressed and changed from when the coalition started is the requirement of pilot certification to fly a drone in the United States.

The two also educated the attendees on the legal implications that the Federal Aviation Administration (FAA) has set in place for our safety.

“There are many rules and regulations, and things to do to be compliant, and things to protect your safety from bad outcomes,” Agvent said while addressing ways to follow the FAA rules.

Tobin wants lawmakers in states such as Texas and Florida to update the wording in their regulations to better support journalists as they use drones for their work.

Texas prohibits the use of drones to capture images of people or privately-owned property “with the intent to conduct surveillance”.

“The First Amendment cannot be left out of the room while discussing drone regulations,” Tobin said. One of the main challenges Tobin says has been “educating the government” on drone practices and the rights journalists have with them.

Tobin is a litigator, former journalist and Practice Leader of Ballard Spahr’s Media and Entertainment Law Group. He defends the media in libel and privacy lawsuits in state and federal trial and appellate courts. He also advises media clients on developing laws regulating drone use.

After the News Media Drone Coalition began in 2015 which includes over 22 major media outlets, the FAA progressively worked with the coalition to update regulations around drone journalism. The coalition features outlets like The New York Times, NBC, ABC, The Washington Post, USA Today and more.