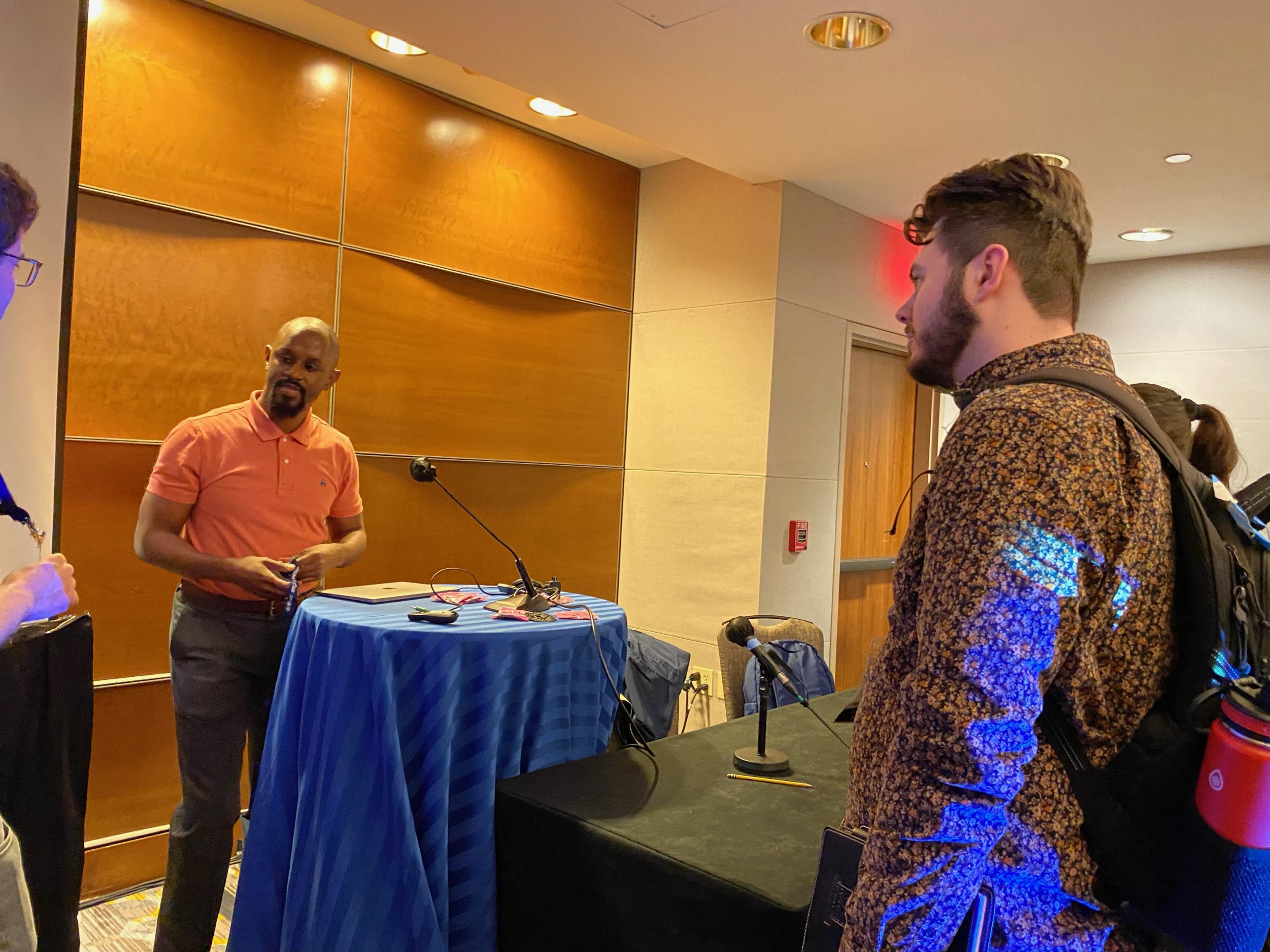 Wesley Wright is no stranger to college sports reporting. As a journalism student at Florida Atlantic University, Wright often found himself struggling to obtain public records to supplement his reporting.

Now, after graduating in 2016, Wright is back at Florida Atlantic University serving as the assistant director of Student Media and is helping the next generation of sport journalists attain those records.

Wright, who also is on the board of directors for Florida’s SPJ chapter spoke to MediaFest attendants on Thursday, Oct. 27 on the basics of filing FOIAs, seeking out documents colleges are reluctant to release and not taking “no” for an answer.

“You may think ‘Well, I can’t beat ESPN or the AP [News] at their own game,’ but what they are doing is not something that you can’t do,” Wright said. “A lot of times, students are afraid of their institution, or retribution, that they don’t produce stories like this.”

Wright said there are different types of reports student journalists can request from their schools outside of filing a Freedom of Information Act, or FOIA, request. These documents can include financial audits, personal files or police and crime reports that may involve a student athlete.

Wright added that one of the biggest hurdles student journalists have – which he experienced himself as a college reporter – is getting past college public relations managers and not accepting being told “no.”

In situations where a student journalist is denied records, Wright advised to write about it.

“If the media relations person stonewalls you and says don’t report on this, then write about it,” Wright said. “If you can’t get people on your campus to talk to you, there are people outside your campus who can speak broadly to the issue. Write about them not responding.”

Wright said, at the end of the day, a student journalist’s allegiance is not to their school or institution; their allegiance is to the craft of journalism.

“Just do your part, the journalism part, and let everything else fall where it will fall,” Wright said.

In circumstances when student journalists cannot get past their school’s communications team on their own, there are a plethora of organizations to help.

These organizations include the National Freedom of Information Coalition, the Student Press Law Center and beyond, many of which have 24-hour hotlines for students to call and talk through roadblocks they are facing.

When all else fails, Wright said bringing in an attorney is the last step when seeking out records from public universities. To illustrate, Wright used the Family Educational Rights and Privacy Act, or FERPA, as an example, as oftentimes the federal law is misused.

“You don’t have to bring in an attorney; that’s the last step,” Wright said. “Usually it will be resolved before that if you ask for specific records.”

Although laws revolving around public records are different depending on the state, type of record and whether the college is private or public, Wright said if a college journalist is told not to report on a story, it is more of an incentive that they should pursue it.

“Put your department under a microscope and you can do that by public records reporting,” Wright said.

Previous story
How to make your resume stand out to recruiters
Next story
‘Safety starts with a conversation’: Learning how to be proactive when reporting in the field
The SPJ News