The power of dash and body cam footage is undeniable. 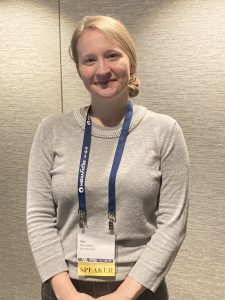 Joy Ramsingh, an attorney at Ramsingh Legal, spoke at MediaFest22 as a panelist teaching journalists how these record requests differ from others. She also gave practical tools to handle the requests. 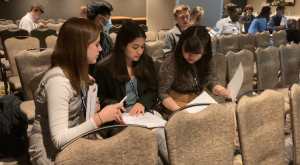 Students experience a mock-agency negotiation in groups of three. They practiced conversations with each other as journalists and public information officers. 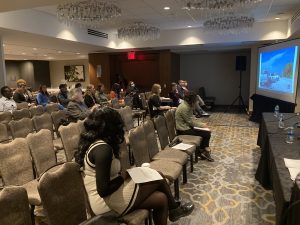 The attendees watch a police body camera video that was accessed by the public through a FOIA records request. 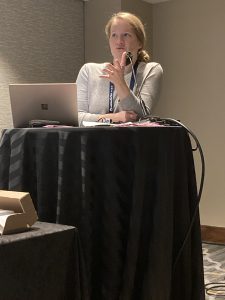 Ramsingh’s national law practice focuses on government transparency issues. Prior to establishing her firm, Joy served as appellate/Amicus Curiae counsel at the Pennsylvania Office of Open Records, where she also issued hundreds of binding legal opinions in public records appeals. 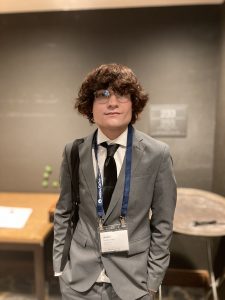 Attendee Justin Breckenridge says the panel was needed for him and other journalists in his situation. “Locally I have had a lot of trouble getting certain footage that I necessarily should not have trouble getting,” Breckenridge said. “This is something about holding police accountable because they have extreme power in our society.” Breckenridge believes body camera footage gives the opportunity that was not possible decades ago. 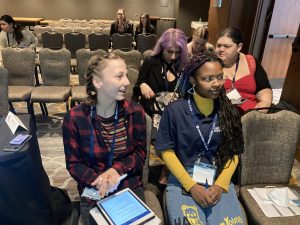 Students Katie Jacobson (front left) and Attia Robinson (front right) say their experience at the panel was great. Robinson felt the panel helped her better understand how to get access to records. “I feel like it’s not really known, especially since the police are always trying to withhold it,” Robinson said. “I think they are one of the only ways to have an accurate depiction of what happens on patrol, specifically in heightened situations.” 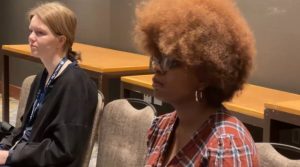 Ramsingh ended the session by passing around a card with a QR code that gives journalists access to a website with police footage laws in different states. Currently, the website has four states’ laws. Five to 10 more are expected to be added in the next few weeks.