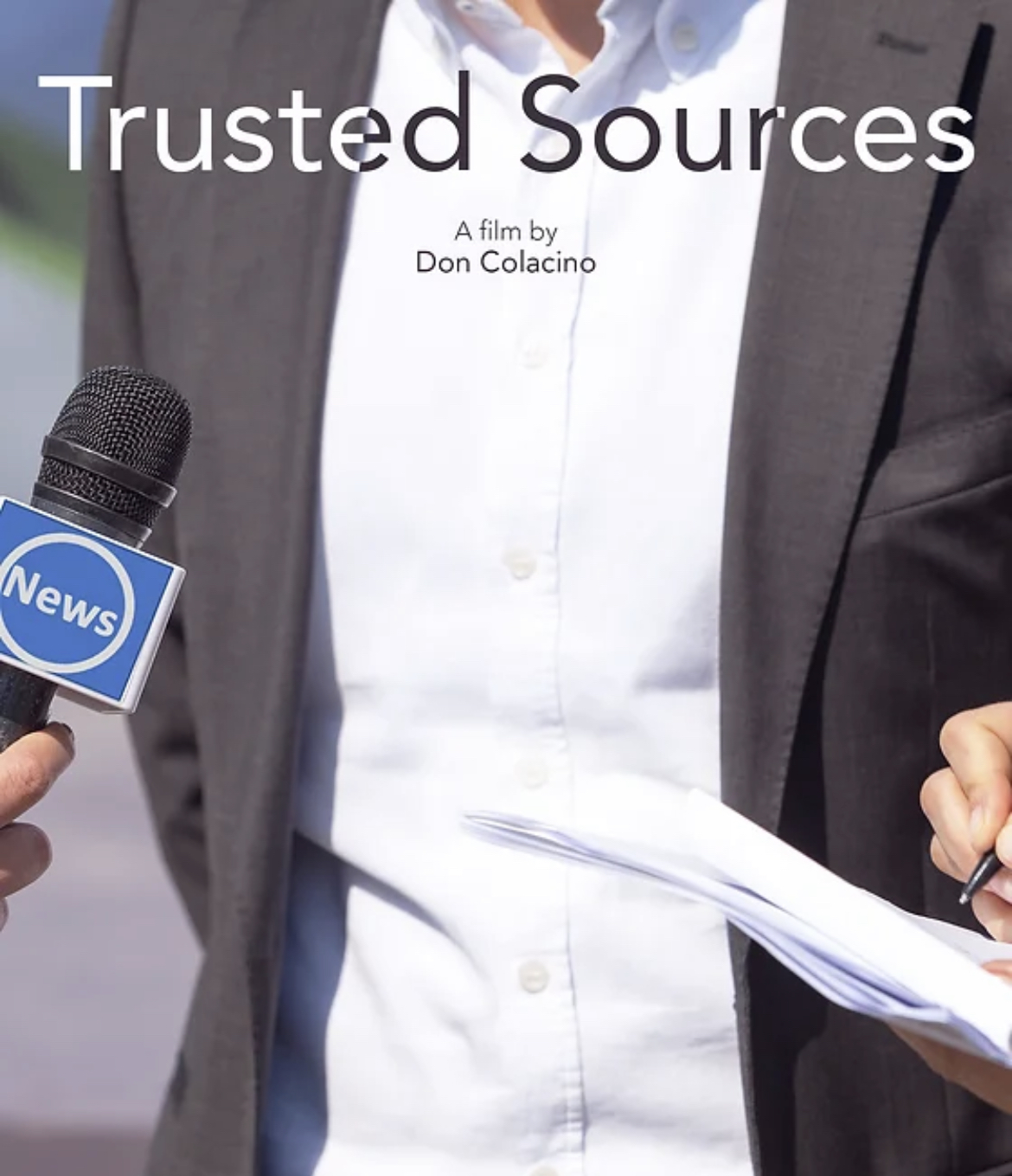 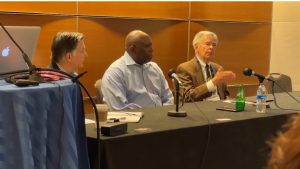 Don Colacino is a film producer and director of the documentary Winner Take All,  which is about states considering national popular vote bills and how the electoral college works. It is streaming on Amazon Prime Video and Tubi. He is now in the process of making a new documentary, called Trusted Sources.

Colacino served on a panel about restoring public trust in news with two other industry professionals featured in the documentary, Rod Hicks and Fred Brown. The panel was centered around clips from Trusted Sources.

“Since the 1970s trust has been declining in news in all forms. We’re down to probably the lowest point in history today, somewhere around 20 percent where Americans say they don’t have any reasonable trust in news,” said Colacino.

“The film is looking into the causes of mistrust and there are a number of them and following people who are working on solutions,” he explained.

The speakers showed short clips and explained that viewers cite three issues that reduce trust: media outlets mixing facts with opinion, the belief that advertisers influence news coverage, and lack of diversity in the media.

“The press at the time was primarily telling stories through a white lense,” said a clip from the documentary. This comment referred to observations made in 1968 by Kerner Commission, where he studied the reasons for racial unrest in the U.S. at the time.

The attendees of the panel also agreed with the reasons why there is distrust in the media and feel as though there should be initiatives to have that trust restored.

Letrell Crittenden, an employee for the American Press Institute said he specifically works on trust issues that communities of color have with news.

“A lot of legacy newsrooms in particular have not built up trust in communities of color… In order to restore trust you have to do more engagement,” said Crittenden.

David Price, another attendee, is an Associate Professor of Communication at Truman State University.

“They said some things that I think that are not startling new but are certainly worth remembering. Clarifying for the audience what is fact and what is opinion. I think that’s right on,” he said.

Colacino wanted to make it clear that some news outlets can be trusted and others possibly not but the media consumer must learn how to fact check these sources.

The film promoted tools like the Trust Project, which shows media consumers how to tell the difference between fake and legitimate news. The Trust Project shines light on 8 trust indicators that reveals who and what is behind a story. According to Trust Project’s website, these trust indicators entail: best practice, journalist expertise, type of work, citations and references, methods, locally sourced, diverse voices and actionable feedback.

Colacino hopes Trusted Sources premiers by the end of next year on PBS.

For more information on the new film, visit this website: https://www.trustdocfilm.com

Previous story
‘Safety starts with a conversation’: Learning how to be proactive when reporting in the field
Next story
AP Style Stays Current by Seeking Inclusivity
The SPJ News