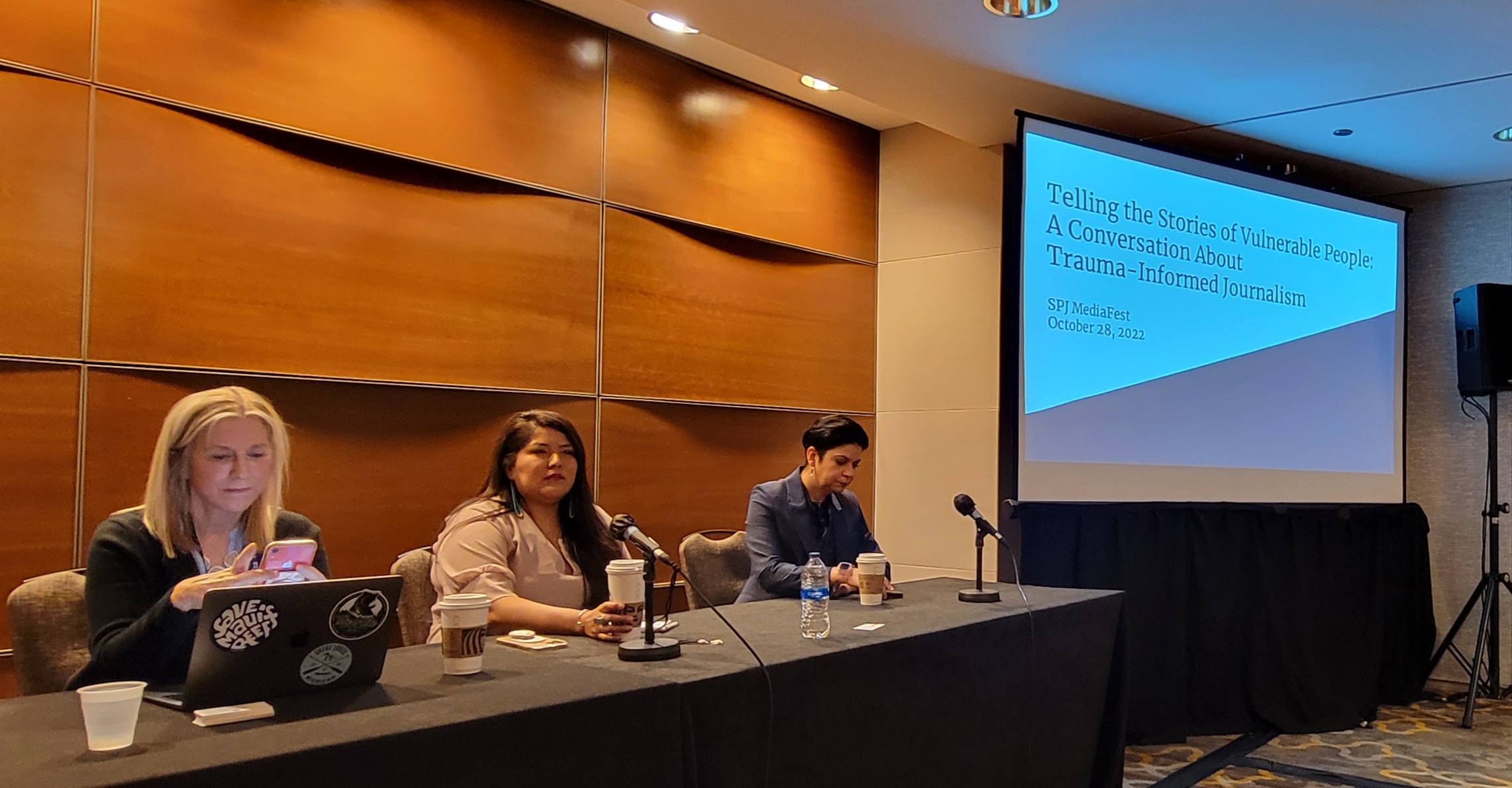 When journalist Naseem Miller covered the Pulse nightclub shooting in Orlando back in 2016, there wasn’t much conversation surrounding how journalists cover traumatic events.

Now journalists are having open conversations about how to sensitively cover traumatic events, while also taking care of themselves.

“I think some of the things if you understand anything, practice trauma-informed journalism, not only it’s good for your sources, but also protects your emotions,” Miller said.

One of the ways journalists can approach discussing traumatic topics with sources is by giving the source agency. This can be done by informing the source exactly what they are agreeing to when they go on the record or allowing them to choose a time or meeting place.

“It was not in their power, it is not something that they wished upon themselves, right? So, when you’re approaching them the best thing you can do is to give them control,” Miller said.

Another way journalists can cover difficult topics is by understanding how people can respond to traumatic instances differently, because of that reporters need to approach each situation differently.

“Get a sense of what they’re comfortable with sharing, but also use your own gut, to see if they’re still in too much grief, really, to tell their story,” Ann Hinga Klein, an independent journalist, said.

Sometimes the best thing is just understanding that not everyone is going to be comfortable talking about their trauma on the record.

West did clarify that this does not apply to politicians or other people in power. But, in some situations, it’s important to “be a human” first and a journalist second.

“I think that’s a really important part of what’s missing in journalism is to build that rapport and that trust, because they’re trusting you to tell their stories,” Jourdan Bennett-Begaye, Editor of Indian Country Today, said.

However, journalists do need boundaries when continually hearing stories of trauma while on the job.

“You don’t want to necessarily internalize the stories of the people that you’re writing, but you do need to put yourself in their shoes,” West said.

Jessica Contrera and Katie Mettler are both reporters at the Washington Post. Between the two of them, they’ve covered child sex trafficking, policing issues, mass shootings and the Jan. 6 insurrection.

“Even if you’re not going if your chosen job in journalism isn’t covering prisons or covering sexual abuse, the trauma of the world can creep into your life as a human being, even if it’s not your job itself,” Contrera said.

Being proactive and finding ways to take care of herself before she hits a wall is how Contrera manages. She recommended that before a reporter is sent to cover a traumatic situation to make a list of activities that can help them feel better. Then, when you start to feel stressed you have something to fall back on.

“Learning how to navigate that and being aware that it’s okay for you to feel the heaviness of what’s going on around you and finding ways to move through it that are healthy and don’t burn you out completely,” Contrera said.

For Mettler, she found that taking an evening walk and engaging in more lighthearted activities, such as listening to a rom-com audiobook helps her to decompress.

“It’s hard to squeeze out the sponge when you’re doing something over a longer period of time because you’re just carrying it for a while. But there’s ways where you can alleviate what you’ve absorbed along the way to make it a bit more manageable,” Mettler said.

Both Contrera and Mettler also emphasized the importance of therapy and other professional resources that can help people navigate trauma. Contrera also recommended progressive muscle relaxation and said that sometimes taking a break from work is the best thing you can do.