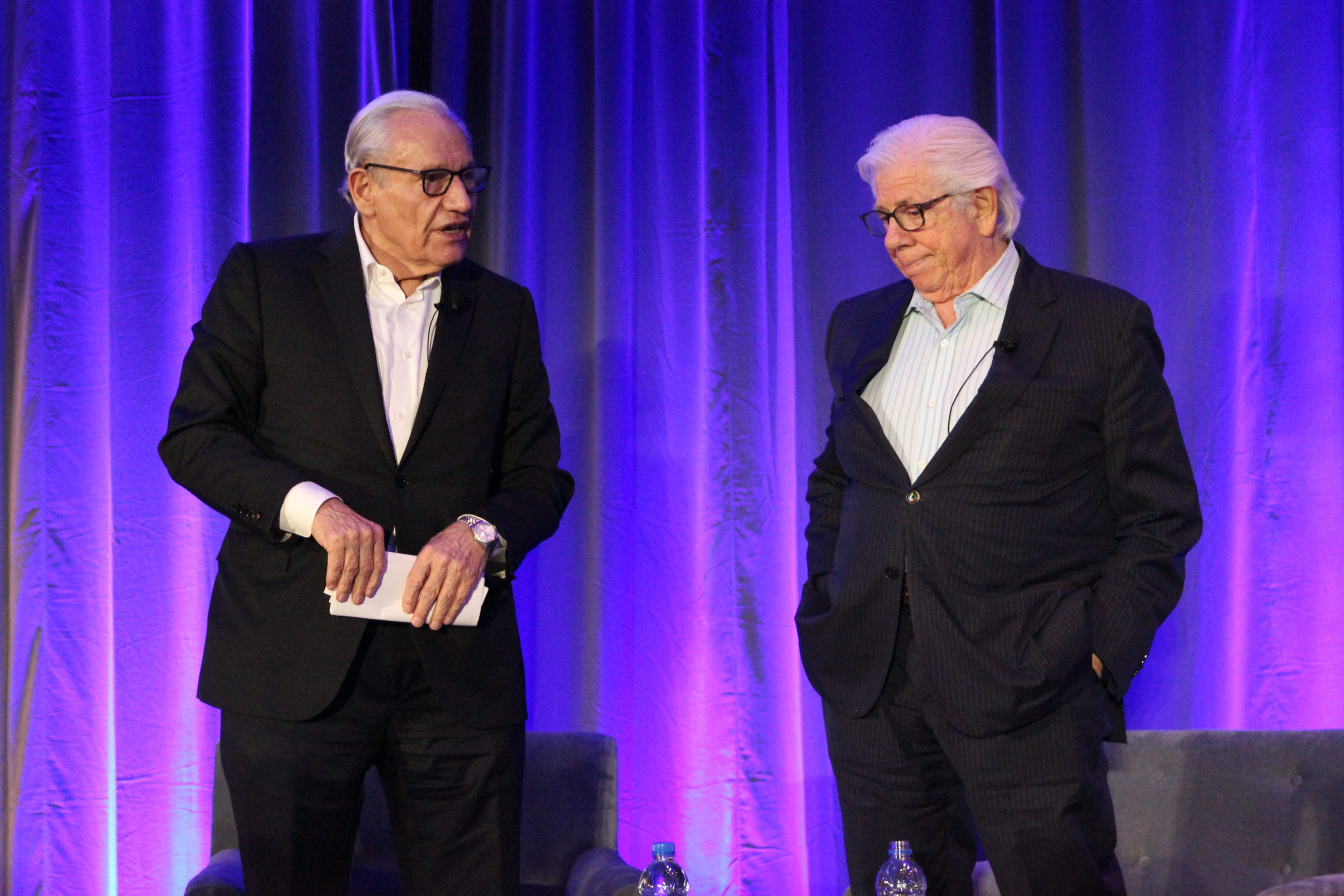 ‘We need to show up’: Journalists Woodward and Bernstein talk 50th anniversary of Watergate, reporting techniques and Trump in MediaFest keynote presentation

Award-winning reporters Bob Woodward and Carl Bernstein know the power of showing up, something they don’t believe happens enough today.

Woodward and Bernstein, who jumped on the Watergate story even before it was “Watergate,” said one of their first instincts when starting the story was to immediately start making calls and knocking on doors.

Showing up is exactly what they have continued to do throughout the next 50 years of their careers. Almost half a century later, Woodward has continued to show up, knock on doors and pick up the phone while reporting on his newly released “The Trump Tapes.”

“It was unimaginable to us that anything could surpass what Nixon had done in terms of criminality, in terms of undermining democratic notions … and then along came Donald Trump,” Bernstein said. “Not just that he was a criminal president, but that he was the first seditious president in our history.” 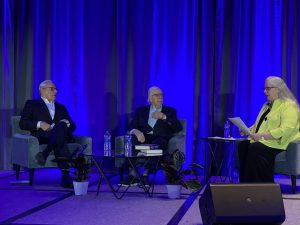 During their keynote address at MediaFest on Friday, Oct. 28, the duo was asked by president-elect and moderator Claire Regan to discuss comparisons between former President Donald Trump and former President Richard Nixon, in regards to their legacies, crimes they committed while in office and quotes from the past presidents that have stuck with them.

“There is a new dimension to Trump when you hear his own voice,” Woodward said to the packed room of attendees. “Trump does not understand the presidency … and that is a dimension that is so vital.”

Bernstein and Woodward compared the two former presidents by the way they treated the press, by quoting Nixon while he was in office.

Bernstein said that the public and media alike are still fascinated with the Watergate scandal and his and Woodward’s reporting because although it was an unprecedented time to have a president resign for criminal activity, it was a time when pillars of democracy were working.

Woodward echoed Bernstein in a similar sentiment, noting that Nixon was able to choose a weaker Democratic candidate to run against in 1972.

“It was breathtaking what we now know what Nixon and his people did; they destroyed the process of nominating and electing a president … You better think hard about the vulnerability of that system and [of] the system the January 6 committee,” Woodward said. “It’s not a guaranteed thing and there is a lot of work to do.”

Woodward’s new audiobook, “The Trump Tapes,” includes 20 interviews he conducted with Trump, totaling eight hours of audio, with some information about Trump withheld for his own publication.

Woodward told reporters for SPJNews at a meet-and-greet after the keynote that he does not believe the country would be less divided if he had released the tapes sooner. 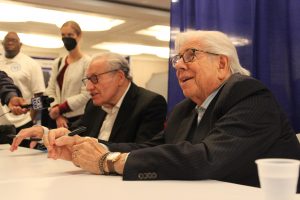 “I didn’t figure out how crucial to history and understanding Trump they were until I re-listened to them earlier this year,” Woodward said.

Subsequently, Bernstein added that the truth is not neutral.

“We have an obligation to be fair, to present both sides in proportion to what we, as reporters, evaluate the information,” Bernstein said. “It doesn’t mean giving equal amounts of space.”

During the panel, Regan asked the duo where they believe the Trump story will go from where the country is now and what journalists should know now.

“Despite what you’ve heard, we do not have a crystal ball,” Bernstein said. “What we’ve been talking about is what reporting is … and while we were covering Watergate, [we used] the best obtainable version of the truth.”

Regan called the opportunity to speak with Woodward and Bernstein for the keynote a “high note” of her 35-year journalism career.

“I’ve always taught Watergate and ‘All the President’s Men’ — I show it in almost every one of my courses,” Regan said, who has also taught journalism at Wagner College for the greater part of her career as an editor. “I love the story of Watergate, I love the reporting. It’s the perfect way to teach reporting techniques, persistence, anonymous sourcing; there are so many great lessons in the movie.”

Regan said she had the opportunity to interview Woodward via Zoom in March for the New England chapter of SPJ and is thankful to SPJ for coordinating the event.

“They get asked the same questions a lot but when you ask them again, you get something new,” Regan said. “They always have a new insight.”

The icons say they believe there are too many cases today of journalists just mailing it in.

“We need to show up … We are not showing up enough,” Woodward said.

Watch the extended interview video below or by clicking here.