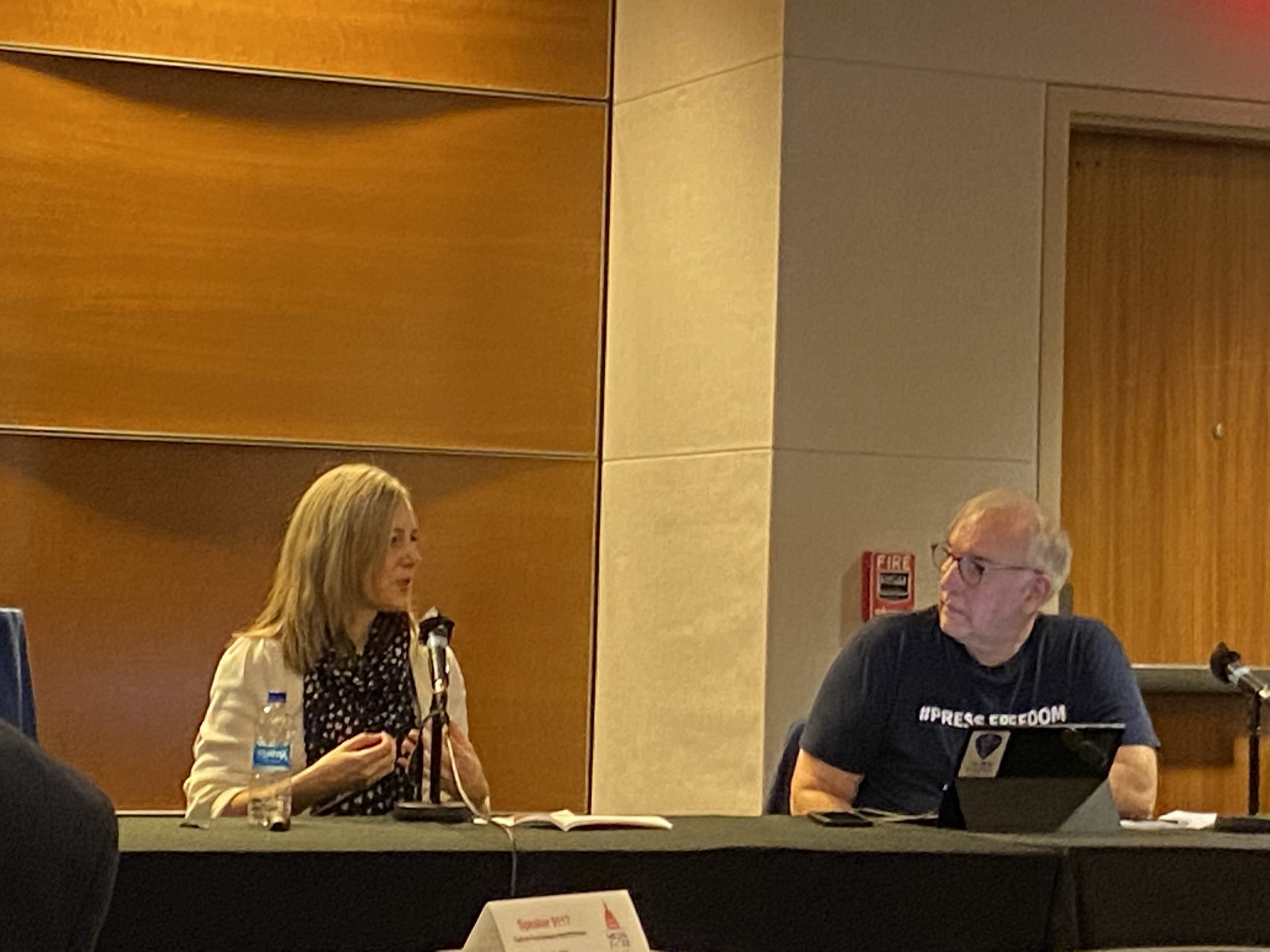 Whether it is due to restrictive reporting laws abroad, publications based in news deserts or lack of funding, press freedoms are now threatened in more ways than one.

Working as a press freedom editor for Voices of America [VOA], Jerreat shed light on the realities of censorship and attacks that can happen to reporters covering stories around the world.

Jerreat said that she has seen newsrooms come under attack in more ways than one, noting the three publications in Hong Kong which closed this year due to fear of their National Security Law and continuous attacks on newsrooms in the Philippines by the government.

Jerreat and the panel’s moderator, Daniel Kubiske, who is the chairman for SPJ International Committee, said without press freedoms, local media outlets could fall. Kubiske said that according to studies analyzing the relationship between local media and deception.

“I think there was a study that showed in areas where local media have fallen, corruption and local communities [have to] step up,” Kubiske said.

Instances of infringements on press freedoms are not just occurring in international newsrooms, but happening all across the United States, Jerreat said.

Kubiske said a way for publications  to combat this, regardless of their locations, is to start a press freedom reporting beat in newsrooms. There are currently only two publications that report on this beat, the VOA and Al Jazeera.

Jerreat said in her opinion and in her experience, press freedom can be depressing at times, but there are ways to monitor it within the United States, one of which is to become acquainted with the U.S. Press Freedom Tracker.

The online tracker is a website that monitors the continental United States and divides instances of journalistic repression into different categories, some of which include data on election, protest and reproductive rights-related incidents. 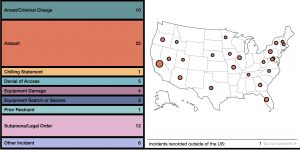 The tracker also records data on what the repression was. For example, some of the most common repressive actions against journalism in the U.S. included instances of arrest or criminal charge, assault, receiving a chilling statement, denial of access and subpoenas or legal orders.

Jerreat said if a reporter is out on assignment and is struggling with their press freedoms, it is best to try to nip it in the bud.

“I think, having covered press freedom for two years now, it’s really important to look for those early signs that there might be a change in the town or the city that you’re working in and select quickly to call that out,” Jerreat said. “You know, once we lose that once, it becomes easy, and it’s harder [to get it back].”