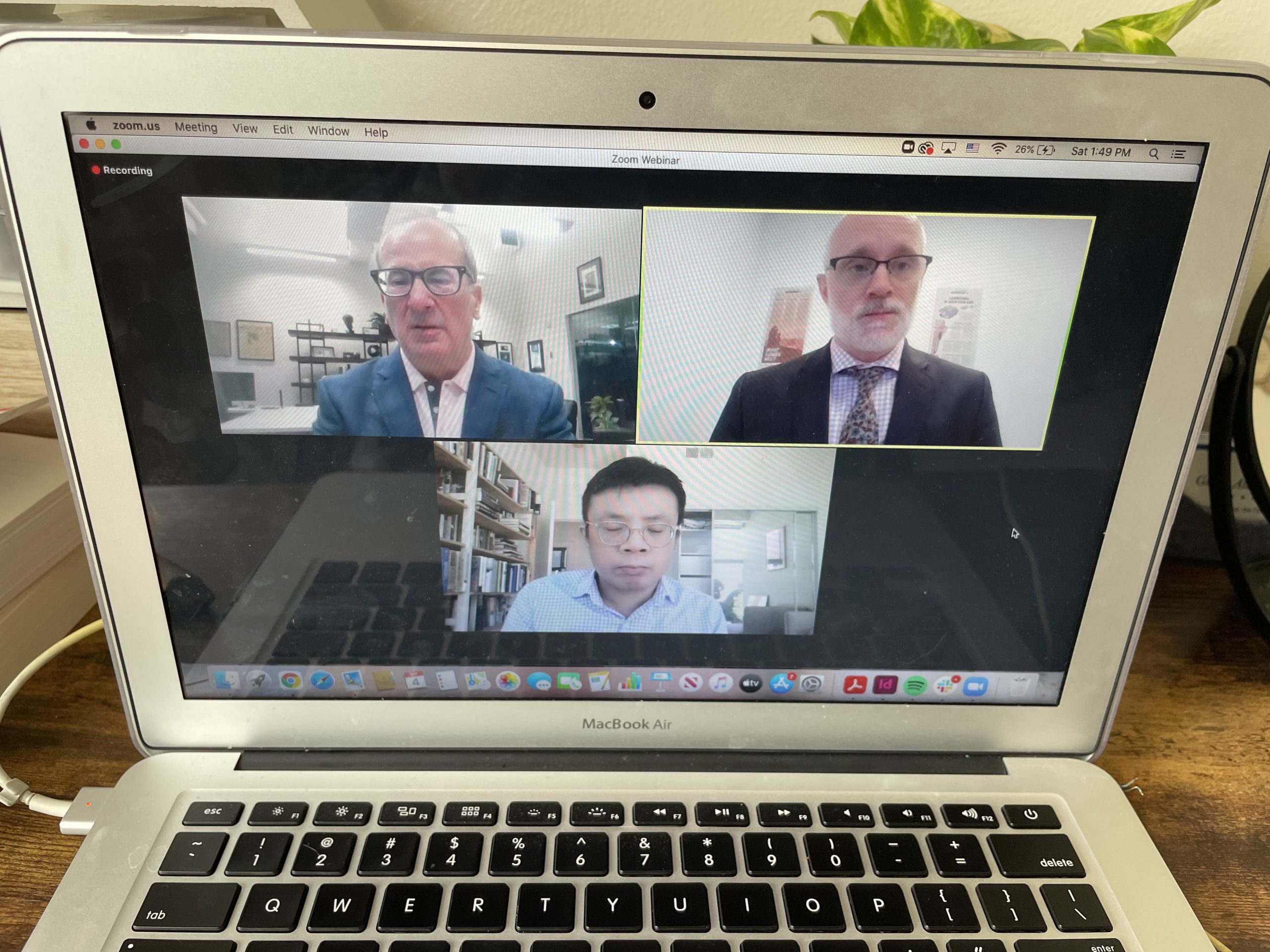 Editors from the Los Angeles Times and the Kansas City Star were honored during a special citations event Sept. 4 for the coverage of their newspapers’ past with racial injustice.

Sewell Chan of the LA Times and Mike Fannin of the KC Star spoke in a session moderated by SPJ President Matthew Hall about the approach each newspaper took to reckon with their past coverage of communities of color.

“In the past, coverage was either nonexistent or offensive and inaccurate,” Fannin said. “If you were a black Kansas Citian in 1950, you couldn’t even have your obituary in the Kansas City Star. You couldn’t get respect even in death.”

Chan said the LA Times undertook the project to apologize for the paper’s racist history after the racial reckoning in the U.S. last year following the murder of George Floyd.

“I think in America we have a fraught relationship with our history,” Chan said. “It’s complicated. America is not a ‘one and done, we got it right’. It’s a work in progress. I think understanding that history is really important right now and it’s important journalism (to) do a better job of contextualizing history.”

According to Chan, the journalism industry has to change and progress along with the rest of society.

“Our society’s changing very quickly,” Chan said. “I think the underlying values [of journalism] are very good and sacred ones. [We need to] pay attention to our communities, especially our communities who are not always well represented in journalism.”

One step in the right direction is acknowledging that journalists in the past have not always had the correct priorities.

“Journalism is all about truth telling, but there is an even larger purpose I would argue, it’s to support democracy,” Chan said. “Our predecessors may have had a different set of concerns, or at least equity was not at the forefront of their minds, but it is right now in America.”

Both the LA Times and the KC Star are focused on making amends not just through apologies, but through action.

“We’ve made a lot of progress,” Chan said. “A bunch of hires have been made over the past few years for people of color into management roles… We’ve also pledged to take steps to achieving parity within this decade, especially for the Latino and African-American populations within the LA Times.”

In Kansas City, this plan includes creating an advisory board to allow members of the public to weigh in on the equitability of the Star’s coverage.

“I felt like it had to be more than just an apology, it had to be forward-looking,” Fannin said. “Part of the challenge that I gave to myself and my team is, we’re going to go out and create an advisory board and we’re going to make sure we’re hitting those priority items we established.”

Fannin said that, though there is a long way to go, becoming educated on past injustices is a positive step toward change.

“We need to educate ourselves to what’s come before,” Fannin said. “History has a way of taking unresolved injustice and putting that opportunity in front of us again, to get it better than we did the last time. We’re going to get there. I have hope for future generations just from what I’ve seen in my lifetime.”

Previous story
An Inside Look Into Covering the Trump and Biden Administrations
Next story
J-school professors: Engaging with community, crucial tool for student journalism
The SPJ News